Las Vegas’ own, Pia Zadora, heads an All Star lineup of performers and celebrities, attending Thursday’s Animals in Wonderland Champagne and High Tea. Joining Zadora will be the wonderful guitar magic of Esteban and his daughter, violinist Teresa Joy, who just completed a highly successful engagement at the Smith Center, and performs Tuesdays through Fridays in the Shimmer Cabaret at the LVH Hotel.

“We heard about this wonderful event at the last minute, and contacted our good friend, LJ Harness, and asked if we could be part of this great endeavor,” Esteban said. “And, he welcomed us with an open heart. We’re really looking forward to joining all the great talent this Thursday.”

According to Harness, representing host Cadillac of Las Vegas, there will be many one-of-a-kind items donated for a silent auction; including a complete video collection of Nicolas Cage movies on DVD, provided and autographed by Cage. The Thursday afternoon event benefits the Nevada Society for the Prevention of Cruelty to Animals.

Along with Pia and Esteban, others performers are scheduled to appear, such as vocalist Chris Phillips and energetic, violinist Lydia Ansel, of Las Vegas’ popular Zowie Bowie Show. David Perrico, trumpeter, band leader and musical director of the Stratosphere’s new show Pin Up. Rocker Paul Shortino, former lead singer of Quiet Riot and Rough Cutt and star of Rock the Vault at LVH (formerly the Las Vegas Hilton); including LeReve performers, Kelly and Gregor

The Red Carpet and silent auction begin at 1:30 PM, today (Thursday, April 25), at the Spanish Trail Golf and Country Club, 5050 Spanish Trail Lane. Hosts of the event are Cadillac of Las Vegas and Chopard of the Wynn Las Vegas. I’ve been informed by Harness that the event is totally sold out, so you latecomers are out of luck.

The Plaza Hotel & Casino announces that “Centerfolds of Magic” will open in the Plaza’s showroom on May 1. “Centerfolds of Magic,” the first topless ensemble of all-female magicians, will perform six nights a week at 11 p.m. (dark on Thursdays). This late-night adult cabaret, directed by John Lewis, and produced by Levinson, Lewis & Gillespie, is a blend of award-winning illusions, talented and sexy female magicians, contemporary choreography, and hilarious comedy. Show production numbers will incorporate original music drawing on the rhythms of bands like Imagine Dragons, OneRepublic, Neon Trees, Maroon 5 and Train.  Mic Thompson’s innovative choreography will highlight the women, magic and mystery, while designer Brunie created the show’s exotic costumes.

Taya Parker, 2009 “Penthouse Pet of the Year” and eight-time Penthouse Magazine cover girl, will host and perform in “Centerfolds of Magic.” The most-published Penthouse Pet in history, she has also graced the pages of Playboy. Parker has also performed to rave reviews in Las Vegas at The Orleans, Hard Rock, Stardust and Sahara hotel-casinos. The show’s producers said, “Parker and four stunning female entertainers will dazzle audiences, performing such feats of magic as: legendary illusionist Doug Henning’s ‘Bumps In the Night,’ sawing a lady in two in a clear box; a wild and crazy performance with Jekyll and Hyde in bondage; Sexy Zombies disappearing and reappearing on stage; and famed magician Harry Houdini’s frightening water substitution.” The “Centerfolds of Magic Door” will also “magically” reveal a different celebrity each night to the audience. In addition, the show will open with the award-winning antics of comedian Joe Trammel, the “TV Guy.”

The Riviera Casino & Hotel has crowned its next comic headliner after scouring through 226 submissions from around the country. Following more than a month of competitions, Maria Walsh, the “Naughty Mommy” from Long Island, N.Y., earned the title of, “Riviera Next Comic Headliner,” as part of the hotel’s 58th Anniversary celebration. Walsh won a one-week gig at the Riviera Comedy Club, and will headline June 17 – 23.

“I am overwhelmed to take the same stage at the Riviera where so many legendary comics have performed,” Maria Walsh, said. “In comedy, you need to work hard, hone your skills, and get your name out there. This is a great way to do that. Watch out, Vegas, the Naughty Mommy has arrived!”

Well it’s one for the money, two for the show, and three to get ready as the 4th Annual Las Vegas Ultimate Elvis Tribute Artist Contest returns to the Fremont Street Experience. The contest which takes place on Friday, May 10 and Saturday, May 11 from 8 p.m. to midnight on the 1st Street Stage, is hosted by Elvis Presley Enterprises, Inc. (EPE), Las Vegas’ famed Fremont Street Experience, and the world’s greatest live tribute show, “Legends in Concert,” celebrating its 30th birthday. 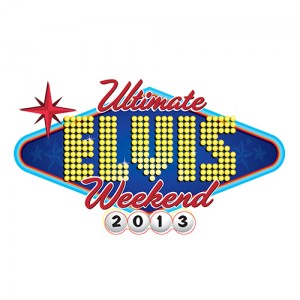 “Elvis had a unique connection to Vegas that still endures today. This event is a testament to his legacy, and the caliber of performers we feature every year is truly incredible,” Jeff Victor, president of Fremont Street Experience, said. “If you are looking for a great time, filled with fabulous music, we invite everyone to put on their blue suede shoes and watch some of the best Elvis tribute artists compete for the chance to advance to Elvis Week in Memphis.” The competition will kick-off each night with special presentations on the Viva Vision canopy, and a parade of Elvi. The event is open free to the public, although VIP seating for both nights will also be available directly in front of the stage for $20 per person. VIP is limited and seating will be on a first-come, first-served basis.

The contest serves as a preliminary round for the Ultimate Elvis Tribute Artist Contest, giving tribute artists a chance to become the ultimate “King of Rock ‘n’ Roll.”  The winner of this year’s preliminary round in Las Vegas will proceed to the semifinals during Elvis Week 2013.  Contestants   will be judged on the best ‘representation of the Elvis legacy’ in vocals, style, stage wear and stage presence. Judges will consist of Las Vegas industry experts as well as individuals instrumental in Elvis’ life, including long-time girlfriend Linda Thompson, and personal bodyguard Sam Thompson.  Elvis Week 2013 will be Aug. 10 – 17 at Graceland in Memphis.  In addition, the winner of the Las Vegas contest preliminary round will take home a $2,500 cash prize and a Graceland getaway prize package. Previous winners of the Las Vegas contest have proven to be strong competitors during Elvis Week in Memphis. The 2010 winner, Justin Shandor, went on to take first place in the international competition in Memphis. Last year’s winner, Victor Trevino Jr., took second place.

Meet Ukrainian artist, Alex Krasky, Friday, May 3, at a 5 p.m. reception at the West Las Vegas Arts Center Community Gallery, located at 947 W. Lake Mead Blvd. Krasky, now a Las Vegas resident, left the Ukraine in 1997, journeying for three years through seven countries to make his way to the United States. At the urging of his wife, Krasky took oil painting classes after he was laid off from his job in 2009. It was the first time he held brushes in his hand. After four classes, his instructor urged him to just go home and paint; she had nothing else to teach him. He has not stopped painting since. Krasky and his art have been featured on television news shows, in magazine and newspaper articles, and acknowledged by the President of the United States and other elected officials. His works will be on exhibit at the center through June 8, and also may be seen on his website, www.kraskyart.com. The gallery is open to the public, Wednesday-Friday, 9 a.m. to 6 p.m., and Saturday, 9 a.m. to 5 p.m. Admission is free. For more information, call (702) 229-4800.