In the 47 years this reporter as lived in Las Vegas, I have had the privilege of meeting and getting to know various entertainers, ranging from Frank Sinatra and the rest of the Rat Pack gang, to Lola Falana and Wayne Newton, and a bunch of stars in between. I’ve worked for so many of them, as a publicist or in a 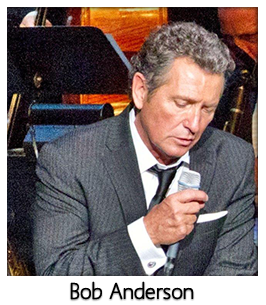 consultant position, it would be unfair to name just a few. But, I must mention one entertainer in particular. That person is Bob Anderson, who in my opinion, and that of many of his peers, believes he should’ve been hailed as the “best singing impressionist in the world.”

Bob is a superstar among his peers! He is without question just the best in the business today!  Anderson will be appearing at the Smith Center for the Performing Arts in the Jazz Cabaret over the Thanksgiving weekend, Nov. 23-25. He will be accompanied by a quintet of Las Vegas’ finest musicians, conducted by Vince Falcone, who for more than 10 years was Sinatra’s conductor and close friend. There is none better than Vinnie.

When People Magazine named Bob Anderson, “the best singing impressionist in show business,”….it truly was a wonderful compliment. But Anderson is more than an impressionist; he is an actor who becomes his characters. Bob has no rival when it comes to capturing the essence of the artists he impersonates. What separates Bob Anderson from other impressionists is his mastery of the signature style of each individual that he re-creates, and the level of detail that he devotes to each recreation. Bob is the only impressionist to be unanimously endorsed by his peers. In the words of the legendary Johnny Carson himself, “I think you’ll be somewhat amazed, Bob Anderson will knock you out of your seats!”

Bob not only knew all the great artists that helped to make Las Vegas the entertainment capital of the world, he studied them as they performed live from a stage. He took notes. He talked to them. He drank with ‘em, and he observed little things that he uses in his act, that only he knows, because he took the time to learn them. Some of those he got to know, up close and personal, range from Sammy Davis Jr. to Tony Bennett, and Jerry Lewis to Don Rickles, and every great act in-between–Bob performed with them all. He earned their respect as well as their friendship. His stories are legendary. There is no other entertainer alive who can convey the style, substance and spirit of their era with such skill.

“In addition to his spot on impressions, Bob is a highly gifted singer in his own right. The late journalist, Joe Delaney, one of the longest working and most respected entertainment critics from the Las Vegas Sun Newspaper, said, “In our book, Bob Anderson rates with Sinatra and Bennett as a saloon singer.”

Anderson’s recent appearance with the Las Vegas Philharmonic garnered rave reviews from the musicians, the audience, as well as its President:  “The electricity in the concert hall that evening was indescribable, taking everyone back to a time in Las Vegas that we love and miss. Bob transformed a concert hall into a showroom from the past. It was as though we were listening to Dino, Sammy, Frank, Robert Goulet, Bobby Darin, Tony Bennett, Johnny Mathis and Andy Williams, close to our hearts and never to be forgotten!” Jeri Crawford, President Las Vegas Philharmonic, said.

Bob has performed to standing ovations in all the great venues around the world. Having more than 100 national television appearances from Carson to Letterman, and 28 years on the Vegas Strip, Bob Anderson was inducted into the Casino Legends Hall of Fame in 2002.

So, gang, please take it from this reporter, that this is one performer you have to go see. And, the price is right, ranging from $36 to $56. 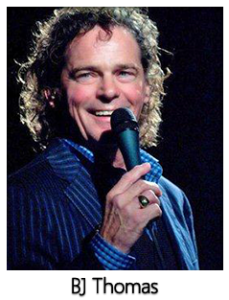 Five-time Grammy® Award–winning hit maker, BJ Thomas, will perform at the Suncoast Showroom, November 17 and 18. In 1966, Thomas released his first hit record, a cover of Hank Williams classic, “I’m So Lonesome I Could Cry.” From 1967 to 1975, Thomas charted numerous hits, including: “TheEyes of a New York Woman,” “Hooked on a Feeling,” “It’s Only Love,” and “(Hey Won’t You Play) Another Somebody Done Somebody Wrong Song.”  BJ is perhaps best-known for “Rain Drops Keep Fallin’ On My Head,” featured in the 1969 movie “Butch Cassidy and the Sundance Kid,” and winner of an Academy Award® for “Best Original Song.” Since then, the song has been featured in numerous movies, including “Forrest Gump,” “Clerks II,” “Charlie’s Angels: Full Throttle” and “Spider-Man 2.” Showtime each evening is 7:30 p.m. Tickets are available from $15.95, plus tax and fees. Tickets can be purchased at any Coast Casinos box office, by calling 702.636.7075, or visiting www.suncoastcasino.com.

Glittering Lights, the holiday drive-through spectacular at Las Vegas Motor Speedway, announced its sponsors for the 2012 season. So far this year, there are more than a dozen local and national organizations participating in Glittering Lights, Las Vegas’ largest regional light show. 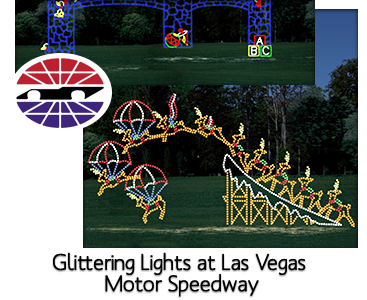 This year, Glittering Lights will be even bigger and brighter than ever. The show has expanded by 20 percent, and will include an “Avenue of Trees,” 450 light displays, incorporating a NASCAR display, and 15,000 gift bags filled with goodies for visitors. Sponsors will be supporting an entire section of the park, such as the “Victorian Village,” which is comprised of 20 plus light displays, or “Candyland,” which includes 12 plus light displays. Many sponsors will have their own custom, semi-custom or standard light display, while others will have a specialty night or product inclusion in gift bags. Glittering Lights, will show the Armed Forces its appreciation by offering free admission to vehicles with veteran or active duty military personnel. Friends and family can also experience the show for free, as there is no restriction on the number of guests that can ride in the vehicle. Free admission for active or veteran military will be 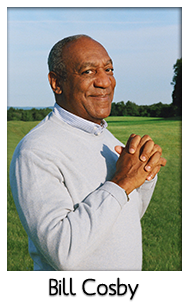 Following a recent sold-out performance, iconic funny man, Bill Cosby, brings his signature comedy back to the Treasure Island Theatre, November 23 at 8 p.m. Cosby has earned respect from critics, andadoration from fans, for his uncanny ability to connect with people through humor and providing insight into the role of parents, children, family members, men and women. Without resorting to gimmickry orlowbrow humor, Cosby has been compared to such great American humorists as Charlie Chaplin, Will Rogers, W.C. Fields and Groucho Marx. A testament to his status in the world of comedy, Cosby has earned five Grammy Awards for best comedy album. Tickets are available starting at $59, plus tax and handling fees, and can be purchased by calling the box office at 800-392-1999 or 702-894-7722. Purchases can also be made on-line at www.treasureisland.com.