John Force Racing today announced that Brittany Force, the 2017 Top Fuel World Champion, will be in the driver’s seat of the Advance Auto Parts Top Fuel dragster for the 2019 NHRA Mello Yello Drag Racing Series season, which kicks-off with the Lucas Oil NHRA Winternationals, February 8-10 at the Auto Club Raceway at Pomona in Pomona, Calif.

With her sister Courtney Force having just announced that she is stepping away from driving duties, Advance Auto Parts continues its partnership with John Force Racing by becoming the primary sponsor of Brittany Force’s Top Fuel dragster.

“I’m really excited to start this season teaming up with Advance Auto Parts,” said Brittany Force. “They’ve been such a great partner to John Force Racing the past two years. They exceeded expectations when working with Courtney, building her as their brand ambassador, and I can’t wait to see what we can accomplish together. I’m looking forward to getting them their first win in a dragster and ultimately going after a championship. Off track, I look forward to creating new relationships and being involved with everything this great company has to offer.”

Brittany Force finished the 2018 season fifth in the NHRA Mello Yello points standings after a roller coaster season that started with a grisly wreck. Four races later she debuted a brand-new dragster at the SpringNationals in Houston and picked up the race win. In 2017, she became just the second female and first in 35 years to win the Top Fuel world championship. 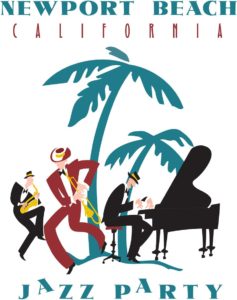 It was like a “We’re closing” Hollywood movie – “No, the show must go on” – and it did, which explained the mighty roar of approval when on the final day of the 18th Annual Newport Beach Jazz Party, staged not all that far from Hollywood in southern California, it was announced that a savior had been found. This was Keith McDowall’s reaction as he sat in the audience taking notes for his review in the Jazz Journal. I thought it important enough to print it exactly as he wrote it that day last year.

For four days whilst the wonderful music continued at the lush Newport Beach Marriott Hotel, Joe Rothman and John McClure insisted this really was their final show: “We feel this will be the last NBJP we will produce… we have gotten the event right and hope that this year’s party will be a fun-filled musical treat” was how they put it in the 28-page programme.

With 11 top-class pianists including Tamir Hendelman, Larry Fuller and Dena DeRose, eight bassists like Chuck Berghofer, nine drummers including ex-Basieman Lewis Nash, Butch Miles, and Joe LaBarbera, five top reedmen including Ken Peplowski and Rickey Woodard, nine vocalists such as Barbara Morrison and no less than four successive different big bands for each night of the jazz party it truly was a spectacular, top-class gathering. But though the 400-plus audience (and over 60 musicians) loved their music and the mingling – many recounting how they had never missed a party – there was sadness at what most felt was the end of an era.

Keith McDowall enjoyed the 60 musicians and numerous big bands at the Newport Beach Party and joined in the celebrations when a new backer emerged.

Then just before introducing the fourth night’s big band, led by John Clayton, Rothman came on stage and announced a new backer had been found – in the audience. They virtually lifted the roof. People hugged, punched the air, and raised their glasses. But who was it?

Paul Lowden (I am taking the liberty to mention that Paul is a long-time resident of Las Vegas and is well known as a huge jazz enthusiasts) had been sitting enjoying the music with his wife Sue. What’s more he had brought along several of his family for the third year running. It seems Paul just loves jazz music and played the organ professionally in a Las Vegas hotel. Then he abandoned the keyboard and joined the front-hall staff. Gradually he worked his way up the highly competitive tree, becoming general manager and then buying the hotel. But he had never forgotten the thrill of playing professionally and loved the company of musicians.

In January this year he joined his lifelong friend, 80-year-old singer Jack Jones, on stage for his British tour. They took in a packed Cadogan Hall in London and toured the country to crowded welcomes from Jones’s extensive fan club. Maybe it was savoring again the roar of the crowd, the crash of the cymbals or thrilling to the applause for a good solo, but with that taste still lingering Paul pulled out his cheque book and guaranteed a new life for the party. It’s a big task because the Newport Beach Jazz Party is among the best in the US – probably the world.

Joe Rothman has been an experienced hotelman all his life. He opened up the Newport Beach Hotel and Spa for Marriott and took it to the top of the group. So, he knew all about the potential of the hotel but has never forgotten spending all night on his graduation at Birdland in New York. All his life the wise-cracking New Yorker has loved jazz and enjoys the annual jazz cruise out of Florida. His lifelong friend, John McClure, had worked in the hotel for Joe and also spent time in the music business on the West Coast. So, they had a common love of straight-ahead jazz and knew the hotel business in depth, making a good team.

Most of those volunteers who have helped for years to run the jazz party are considering staying on to keep the music alive out west. But help is at hand getting the musicians for next year lined up as it was later announced Ken Peplowski had agreed to become musical director.

This was my third visit to the event, which truly is spectacular. A highlight for me and my wife, Brenda, was listening to Alan Bergman, joint lyricist with Marilyn, his wife, telling how they came up with lyrics like Windmills Of Your Mind – persuading Michel Legrand to compose the theme – What Are You Doing The Rest Of Your Life?, The Way We Were, Nice ’N’ Easy for Frank Sinatra and Memories and 60 other songs for Barbra Streisand. Many other magnificent songs, most of them for film scores have been penned by the Brooklyn-born couple. They have won three Academy Awards (nominated for 16), two Grammys, three Emmys and countless other distinctions for themes that can get deep into your soul. And your heart.

Paul has told me that the 2019 festival will be held starting Feb. 14th.  As I get more information, I will be sure to post it here.

Metro Airways, the Las Vegas-based start-up airline, took another step closer to lift off this week as it announced agreements in principal to acquire at least two existing airlines within the next 90 days

“These acquisitions will provide us with the aircraft necessary to provide service to hubs in Florida, Nevada, and Texas,” said Marcus K. Channey, Chairman & CEO of Metro Airways, “and they will allow us to launch both flights and vacation programs in favorable tourist locations as Vegas, Miami, and several Caribbean locations.”

Metro calls itself a new kind of airline – featuring wider seats (all first class), more legroom, low coach fares, and no extra charge for your first checked bag!  “Our goal is to bring the fun back into flying,” said Channey.  “While other airlines are cutting back on service, comfort and convenience, our mission is to provide our passengers with an incredible flight experience.”

Channey added that as Metro moves closer to lift-off, it is “interested in building partnerships with airports in need of service and providing EAS (Essential Air Service),” a government program for smaller communities which lost air service after deregulation, such as California communities of Chico and San Bernardino, along with the South Dakota communities of Pierre & Watertown, who recently lost its EAS services, and are currently in need of expanded transportation options.

The company is in the process of securing DOT and FAA certifications to operate as a Public Charter air carrier; its ability to operate is dependent upon receipt of governmental authorizations.  For more information, or to contact Metropolitan Airways, email [email protected].

The Paul McCartney live experience is everything any music lover could ever want from a show: nearly three hours nightly of the greatest moments from the last 50 years of music, dozens of songs from Paul’s solo, Wings, and of course, The Beatles catalogues that have formed the soundtracks of our lives.

Paul and his band have played an unparalleled range of venues and locations throughout the Americas, the UK, Europe, Japan, Australia, New Zealand, and all points in between. Among them, the exterior of the Coliseum in Rome; Moscow’s Red Square; Buckingham Palace; The White House; a free show in Mexico for more than 400,000 people; the last show ever at San Francisco’s Candlestick Park where The Beatles played their final concert in 1966; a 2016 week in the California desert that included two headlining sets at the historic ‘Desert Trip’ festival; a jam-packed club gig for a few hundred lucky fans at Pappy & Harriet’s Pioneertown Palace; and one live performance that was broadcast into space featuring Paul’s band of the last 15+ years – Paul “Wix” Wickens (keyboards), Brian Ray (bass/guitar), Rusty Anderson (guitar) and Abe Laboriel Jr (drums). Paul and his team are constantly upgrading state-of-the-art audio and video technology into the live shows that ensures an unforgettable experience from every seat in the house making a Paul McCartney concert never anything short of life-changing.

Well, gang, that’s about it for this week. I am going with the Rams over the Pats for the Super Bow game Feb 3.