Fans of the hit Comedy Central series “Workaholics” instantly recognize Erik Griffin as the show’s iconic series regular Montez. Griffin will be at the Laugh Factory, inside the New Tropicana Las Vegas, this weekend for a special engagement. Assisting him in keeping the audience laughing is Sandy Danto and Jeff Capri.

Griffin has been featured in several national commercials, including the Emmy winning, Budlight “Swear Jar.”  Erik was featured at the 2008 NACA National Conference, the 2007 East Regional and 2006 NACA West Regional Showcases.  Mostly recently, Erik was seen on “Surviving the Holidays” with Lewis Black on the History Channel. He was featured in the Tribeca Film Festival Documentary “Just Like Us.” Erik was also a guest on the hit TNT show “Franklin & Bash.” With his multicultural background, a Central American-Caribbean mother, a father of European decent, Erik blends well into the North American landscape particularly in this era of cultural diversity. 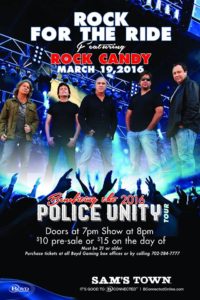 The Police Unity Tour’s annual fundraiser concert featuring Crossfire will return to Sam’s Town Live! at 5111 Boulder Highway this Saturday, April 22. The concert with raise awareness for law enforcement officers who lost their lives in the line of duty, as well as raise funds for

are available from $15 plus taxes and fees, and can be purchased by calling Ticketmaster at 800-745-3000; online at www.samstownlv.com, or in-person at gift shops inside The Orleans,Suncoast, Gold Coast, and Sam’s Town. Tickets may also be purchased the day of the show

(depending upon availability) at the venue box office. This show is restricted to guests ages 21 and older. 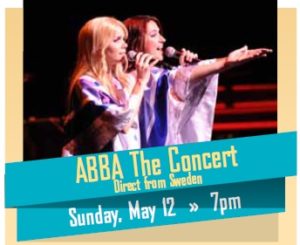 “ABBA The Concert – Direct From Sweden” will bring its iconic ABBA tribute performance to Eastside Cannery Casino and Hotel’s Event Center on Sunday, May 14. Formed in 1972 in Stockholm, Sweden, the pop group ABBA quickly rose to fame after releasing their top hit “Waterloo” and winning the Eurovision Song Contest in 1974. ABBA gained international success when their songs “Mamma Mia,” “Fernando” and “Dancing Queen” topped charts across the world, including in the United States, the U.K. and Australia. ABBA went on to become one of the most commercially successful pop groups in music history after selling more than 140 million records. In 2015, the #1 single “Dancing Queen” was inducted to The Recording Academy’s Grammy Hall of Fame.  “ABBA The Concert – Direct From Sweden’s” stage performance will feature top hits like “Take A Chance On Me,” “S.O.S.” and “Knowing Me, Knowing You.” Audiences will enjoy the ultimate ABBA experience as the tribute act recreates ABBA’s signature music in a spectacular performance. Showtime is 7 p.m.www.ticketmaster.com. For more information, visit www.EastsideCannery.com. 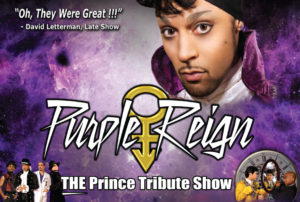 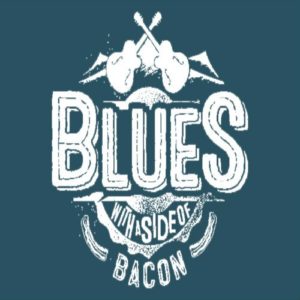 This weekend is sure to sizzle. The all-new “Blues with a Side of Bacon festival” is Saturday at the Henderson Pavilion. Bacon lovers will be able to feast on a variety of bacon-inspired creations, while enjoying hours of live entertainment by some of the best blues musicians in the world. Advance admission to the festival is $25 per person, or blues and bacon lovers can pay $30 the day of the event. The entertainment lineup features a performance by Victor Wainwright &the WildRoots. Hailing from Memphis, the band brings its blues and boogie-woogie sound to Henderson. The group will perform music from their latest record, Boom Town, among other songs. Upright bass player, vocalist and breakout star Miles Mosley will debut music from his UPRISING album. Plus electrifying bluesman Jarekus Singleton  and local favorites the Moanin’ Blacksnakes and Bill Tracy Duo are also scheduled to perform at the festival. A number of local restaurants and food trucks, including Standard & Pour and the Bacon Bar, will serve a variety of sizzling bacon specialties. Vegetarian options will also be made available. All food and drinks will be available for purchase directly from the vendors; no free samples will be given to event attendees.

The Big Rigs are coming back to The Bullring.  The Canadian-based North American Big Rig Racing returns to Las Vegas Motor Speedway’s 3/8-mile paved oval for the third consecutive year this Saturday night as the anchor of a full night of racing. Big Rigs are the theme of the day at The Bullring, as the inaugural Las Vegas Semi Truck Show will also take place in the track’s parking lot from 1:00 -6:00 p.m. Pacific Time before racing kicks off at 7:00.

The Big Rigs are one of the most popular attractions fans will see at any short track in the country, as nearly a dozen semi-trucks with more than 3,000 horsepower battle in tight quarters on the LVMS track. The truck show that precedes the evening’s racing, is organized by the Southern Nevada Chapter of the American Truck Historical Society, and will award cash prizes to the best semi-trucks and pickup trucks that participate in a judged competition.

The big rigs’ 40-lap feature is the night’s longest race, and the US Legends three-day spectacle, known as “The Showdown,” will culminate Saturday night with a 25-lap Semi-Pro/Young Lions feature and a 25-lap Pro/Masters race. The USLCI Thunder Cars and Bandoleros also race Thursday through Saturday, with gates opening at noon and racing starting at 5:30 p.m. on Thursday and Friday. Fans can watch the racing for free on Thursday and Friday, but there will be no concessions available at the track those nights.  On Saturday, gates open at 3:00 p.m., two hours earlier than usual, with qualifying kicking off at 5:30 p.m. and racing beginning at approximately 7:00 p.m. after opening ceremonies. Spectators can save money by purchasing tickets in advance by calling the LVMS Ticket Office at 800.644.4444 or visiting LVMS.com.

This May The San Gennaro Feast is being dedicated to the memory of Tony Sacca, who we tragically lost on January 30th. Tony was the Host and main act at San Gennaro in Las Vegas, every night, for the last 32 years. Kelly Clinton, Eddie Tully, Jr. (Tony’s nephew), Philly Cuzz aka Phil Battaglia (Tony’s close friend growing up), Denise Clemente (a San Gennaro regular), Mark Giovi, Michael Monge, The Saccettes (Amanda Kaiser, Nellie Norris, and Joelle Righetti) and many others will be honoring Tony under the direction and orchestration of Gary Anderson, musician, band leader, and close friend of Tony in a musical tribute every night.  Also, performing on various nights will be The Shades of Sinatra, The Good Fellows, Sam Riddle Band, The Lon Bronson Band, Thr3 Cards, and MJ LIVE.  There will be a DJ Dance Party every night starting off the festivities at 6:00 p.m. hosted by Tony’s nephew Eddie Tully, Jr. On the weekends, local High School Bands will compete.

Well, gang, that’s about it for this week. I will not have a column next week as I will be having a little surgical procedure done to improve my health. See ya the following week.