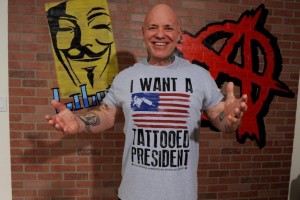 He is a Martial Arts specialist with the rank of 1st Dan Black Belt.  He was a member of the United States Army Rangers. He has a law enforcement background. He is one of the nation’s top firearms and tactics instructors, having rangemastered at a number of facilities. He was a member of the corporate world. He is sometimes considered controversial.  But he’s also like a lovable Panda Bear once you get to know him.  And most people do want to know him!  He is David Champion.

This is an unusual way to start a column about a man I recently met in Pahrump, NV. How I met him was unusual also: My ex-son-in-law called, and asked if I would be interested in meeting with a guy he recently met. I asked, “Why?” He said, “He has an interesting background, and I know you sometimes like to write about people that are different!” He was right, of course, so I called David Champion and said I would like to meet him for a possible interview.  When I met him, I immediately knew this meeting was going to be unique. When we shook hands, and he smiled, I knew I was going to like him! The following is that interview:

Champion (56), stands 5’11” and weighs a muscular 225 pounds. He cuts an imposing figure with his shaved head, earrings, and vivid tattoos, all of which belies his many accomplishments, his storied life, and the fact that his IQ is in the top 2%.

David Champion was not always such an intimidating figure. He was born and raised in Sherman Oaks, California, in the San Fernando Valley.  His father, Albert, was an aeronautical engineer at the Northrop Aircraft plant in nearby Hawthorne, and mom, Julie, was a housewife. Champion attended Ulysses S. Grant High School, named after the 18th President of the United States. As a youngster, he was more a lover than a fighter, which resulted in him being picked on. David decided to learn how to defend himself, “I enrolled in a boxing class when I was 12,” he said. Wanting to use more than just his fists, he gravitated to the martial arts. Champion was also in a personal turmoil with life, and was experiencing everything bad there was to experience. “I had a pretty crummy upbringing. I became a hell-raiser. It was the ‘70s in L.A., and drugs were a way to kill the pain for me. My first time being arrested was at 15.”

With his parents virtually non-participants in his life, Champion realized no one was going to change his life for the better but him. David began to work out at a gym, he returned to the martial arts, and David was a student once again. He even joined the football team. Within a few months, he was clean and in superb condition. He had faced the “tiger” head-on, and won. 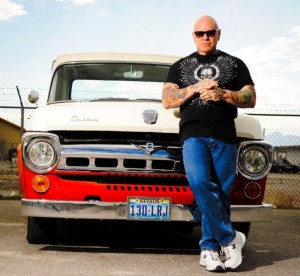 On Feb 14, 1981, Champion shipped out to Fort Benning, GA., to follow his path to becoming a U.S. Army Airborne Ranger. For the next several months, he gave everything he had – 100% and then some. One of the most meaningful moments of his life was when he earned the right to wear the unit insignia of a Ranger battalion and the black beret (which was exclusive to the Rangers during that era). Though Champion does not discuss the many adventures he experienced as a Ranger, he admits to being very familiar with a number of Central American nations. On Oct. 28, 1984 his enlistment was over.  Goodbye United States Army; hello Corporate World.

David worked for a highly successful telecommunications company until 1986, when he decided to form his own consulting firm, TCS.  In 1990, however, the urge to return to a more exciting life, which had lain dormant within him for years, reared its head.  He decided to join a Southern California law enforcement agency, where he would eventually lead a group of highly trained elite officers in battling gangs and the gang-related drug trade. He left law enforcement in 1996.

Over the ensuing years, David Champion used his knowledge of the law, and a talent for legal research, to open an office providing consultation on federal and state regulatory matters. He assisted his clients in achieving a number of winning actions. In one matter, a $500-an-hour Yale-trained attorney told Champion that if he were to ever face a similar challenge in the future he’d use Dave’s approach, which had produced a stunning victory for the attorney.

In 2002, he was asked to share some of his insights by hosting his own radio show. His following grew to significant numbers, culminating with doing political talk radio Monday – Friday, two-hours a day. “The Dave Champion Show,” was heard on stations nationwide.

In June of 2008, Champion moved to the rural community of Pahrump, NV., and in 2010, he released his first book, “Income Tax: Shattering The Myths.” At 445 pages it is the product of 17 years of research and reveals the historical and legal facts concerning the true limited scope of the U.S. income tax. Dave has referred to it as “A law book every American can understand.” The book has received universal acclaim from the public, as well as from attorneys practicing in the federal court system. One review even referred to it as a “page turner”!

In 2011, Champion left radio to indulge in another one of his passions – accepting a position with the largest privately owned firearms academy in America. There, he taught some of the most challenging courses, including the vaunted “Handgun Combat Master” program, until resigning in 2013. Dave still teaches high-end firearms and tactics skills privately with his Combat Dynamics Group.

In 2013, the Dave Champion Show was resurrected as a TV show on KPVM, which covers the southern Nevada area. With his background, controversial views, no-holds-barred political commentary, and interesting guests, Dave’s show enjoyed the reputation of being the most watched, most talked about show in its broadcast area. In 2015, he ended his TV show to focus on the medium of the future – video blogging.

Within a few months, his “angry truck rants,” became an internet sensation, being viewed by millions of people. Champion’s blog offerings (print and video) range from educational to entertaining, always with the focus on his greatest love of all – liberty!

Whether they’re a race regular or a first-time fan, anyone visiting Las Vegas Motor Speedway during the 2016 NASCAR Weekend can find everything they will need to know via the LVMS app.  Chock full of information ranging from facility maps, shuttle routes, daily news and schedules and fan information, the LVMS app has it all. The easy-to-use app – which can be easily downloaded to any mobile device – also includes a social media hub so fans can tap into all of LVMS’ social channels, as well as helpful venue information to assure their visit is stress-free.  Fans who want to know anything from what time the qualifying sessions run to when driver introductions begin can use the app as a one-stop-shopping source of information. The app will be updated in real time with schedules, driver appearances, ticket upgrade information, directions, traffic tips and even live audio.

As if that wasn’t enough, the app also houses the innovative LVMS Fan Zone, where fans can go to have fun and earn chips redeemable for prizes and merchandise in an interactive environment that is easy to navigate. From answering trivia questions and voting in polls to performing social media tasks, there are plenty of ways for fans to use the social rewards program to earn chips that can be used to claim a variety of special LVMS- and NASCAR-related items.  Any iPhone user can download the app via THIS link, while Android users can access it HERE.

Since 2005, Barker has toured the United States, Australia and Canada singing and playing the harmonica and guitar for Cash fans around the world. The show begins at 7:30 p.m. each night. Tickets are available starting from $24 plus taxes and fees and can be purchased at any Boyd Gaming box office by calling 702.284.7777 or by visiting www.suncoastcasino.com.

Well, gang, it’s only 14 days until the “Boys of Thunder,” hit the speedway.