The world’s longest running celebrity tribute show, “Legends in Concert,” has brought back the spirit of Christmas to the Las Vegas Strip, with the return of its holiday version of the dazzling production at Harrah’s Las Vegas.

The Christmas (I refuse to not say Christmas) version of its 90-minute spectacular, will showcase superstar impersonators of past and present, singing chart-topping hits, as well as heart-warming Christmas classics. The special holiday song selection features Elton John singing “Feliz Navidad,” Faith Hill and Tim McGraw doing a special duet of “Run Run Run Rudolph,” Michael Jackson performing a high-energy version of “Santa Claus is Coming to Town,” Aretha Franklin belts out a moving version of “Oh Holy Night,” and Elvis croons the holiday classic “Blue Christmas.” To round out the holiday show, the band performs an instrumental version of, “Christmas Eve Sarajevo,” and the entire cast comes to together in the spirit of the season to sing, “It’s the Most Wonderful Time of the Year.”

The “Legends in Concert” Christmas show is a full-scale production, backed with a live band, ten talented back-up singer/dancers, and an extensive multi-media presentation. Tickets are on sale now for $69.00 and $59.00. For reservations, call (702) 369-5111, (800) 392-9002 or visit www.harrahs.com. The show performs Thursday through Tuesday 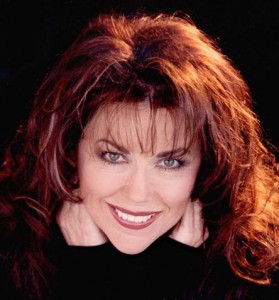 The benefit for my friend, Jeneane Marie, seems to be picking up a lot of steam, especially from the men and women of the entertainment world. A number of them are sending checks directly to the lady, via a special pay-pal account (I will give you the e-mail contact at end of this item). Incidentally, Mr. Las Vegas, Wayne Newton, was mentioned in the release I received last week, as being one of the many celebrities who would be appearing. Unfortunately, Newton had not been contacted by the promoter of the event being held at the Las Vegas Rocks Cafe, downtown.

I have since talked to Jeneane this week, and I also contacted Wayne, through a very close friend of his, who told me he would talk to Wayne, and let him know what’s going on. If Newton is in town, I’m sure he would want to help his friend, so he may be stopping by during the benefit. Who knows?

Those confirmed by Grant Griffin are: Rich Little, Steve Rossi, Babe Pier, Denise Clemente, Laurie Caceres, Griffin, Paris Red, Tony Sacca, Laurie Cook, Lani Misalucha, Herb Rawlings, Steve Connolly and countless others. Jerry Lopez, Jack Ashford (Funk Bros.), and Jimmy Hopper, are just a few who have sent checks directly to Marie as they will be working out of town. If you can’t make it downtown, but want to help, here is how to contact her:  HYPERLINK “mailto:[email protected]” [email protected] I have been informed, by Griffin, that a donor has pledged to match every dollar raised at the benefit.

The benefit is scheduled to run this Sunday, Dec. 5, from 2 to 4 p.m., but could run longer (benefits usually do). A donation of $22 is being requested at the door. 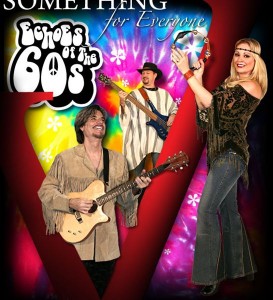 Went to see “Echoes of the ‘60s,” at David Saxe’s “V” Theater in the Mall at Planet Hollywood a couple of weeks back. For me, and most of my friends, it was a most enjoyable evening of remembering the time, when it was still fun, and the music was fabulous (you could actually understand the words, and best of all, you remembered the words). This production was thought up by Bill DeLoach (for many years he was vocal arranger and keyboard player for the late Danny Gans), who was also a member of the “Four Seasons,” and in the ‘70s was a songwriter for ABC Records.  The show is produced by Greg and Gracie Fulljames, and I believe they’ve got a sure hit, once they get it tweaked a bit. It’s a great 90 minutes of wonderful music running the gamut of the classics.

The group is comprised of:  Marilyn James, who was a featured singer in “Enter The Night” at the Stardust Hotel, and “Country Tonight” at the Aladdin Hotel (both gone bye, bye); Ray Allaire, guitar, a member of such groups as “Phoenix,” “Nitro,” “Route 66” and “RockDaddy,” among others; Raphael Erardy, drummer and producer, formerly with Wayne Newton; Fred Champoux, lead and background vocals, guitar, saxophone and percussion, with Gans for nine years; Michael Dubay, keyboards, formerly with the Jordanaires, American Superstars, and Mamma Mia! to name just a few of his gigs. Show time is 10:30 p.m., Tuesday through Saturday.