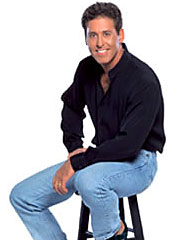 When a damn good entertainer, and a personal friend of mine for a number of years, passed away in May, 2009, a terrible void was left behind. Not only was Danny Gans an icon in Las Vegas, but he was a good guy too. His talent, however, and that warmness he extended to everyone he met, was what endeared him to the masses, and what made him a star in Las Vegas.

Ever since that dark night on May 1st, there has been at least a dozen impressionists attempting to replace Gans on the Las Vegas Strip. And, yet, none has quite succeeded. They either had the voices, but no charisma to go with it, or they had the charisma but no act. There was always something missing. Well, gang, I believe I have finally seen the man who just may be able to stand up to the “Danny Gans inspection.”

Jonathan Clark is a name you may not be familiar with, yet. That’s because he’s never played Las Vegas prior to a private, by invitation only show, the other week. Oh, he’s worked convention dates all around the world (just like Gans did, prior to his breakthrough at the Stratosphere Hotel), and he has endless hours aboard the cruise ships as they cruise the seven seas (just like Gans once did). But, mention the name Jonathan Clark in Europe or his home country, Colchester, Essex, England, and you’ll hear all kinds of praise.

I was invited to the private showing inside the Mirage (where Gans had his own theater for years), to see just who some knowledgeable entertainers, and showroom buyers, were talking about—“he just might be the guy we’ve been looking for,” one entertainment buyer was overheard to say, following the performance before more than 1,000 guests.

Clark combines spot-on impressions and hilarious comedy with a powerhouse, big ballad voice that allows him to flip through a series of impressions like a vocal acrobat. From Sting to Springsteen, and Elvis Presley to Elvis Costello, Jonathan brings the voices of the greats to center stage. Just a few of those performed that particular evening were: Ray Charles, Tony Bennett, John Mayer, Johnny Cash, and Ozzy Osbourne. I have never seen anyone do a better Frank Sinatra or Johnny Mathis. Clark’s Michael McDonald is so accurate you would swear he’s lip-syncing—but every voice is of his own making.

Mixed between his impressions, Clark may do a stand-up routine on his childhood, America, or what kids today and Benny Hill have in common. It is one laugh after another. Then, he may suddenly stop and look at the band, led by musical director Tim Manfredi (who was with Gans for 18 years), and burst out with his big voice. His routine on what Karaoke will look like in 40 years is a rib splitter, as are his Elvis, Ozzy and Larry the Cable Guy routines. Jonathan’s talking impressions are also impressive, with a wide range from Ray Romano, his brother Robert, played by Brad Garrett, to the Family Guy and the South Park characters.

Jonathan Clark is sure to hit the Las Vegas Strip running, and could just be the guy everyone has been waiting to see and hear—the next Danny Gans. Of course, there never will be another Danny Gans, I know that, and so does Clark.

“I know I’ll be stepping into some awfully big shoes, especially if people begin to compare me to Mr. Gans,” Clark said. “I’ve been told he was a champion among his fans, and I know you can’t replace a champion. But, you can become their new champion if you do your job right. I want that chance!”

Marty Allen, a Las Vegas resident, wonderful entertainer and a guy who can make with the jokes like nobody else, said of Clark: “I get great pleasure watching a real performer in action. Clark is a singer, impressionist, and a comedian—a true-triple threat who keeps the audience mesmerized. Bravo Jonathan Clark.”

We will keep you posted  on Jonathan Clark as he winds his way towards Las Vegas, and let you know where he lands. According to his management team, negotiations are on-going for a Las Vegas showroom.

The Annual F.I.O.R.E Valentine’s Day party will be held this coming Friday, Feb.11, at the Italian American Club, 2333 East Sahara Ave. As is usual, ladies are invited to attend this special event. There will be a live band, and the password is, “Carmine told me to pay $35 per person, but if I come in character, I get in for $30.” This is really a fun time, with good food and lots of surprises. Yours truly will be there, as I am a special person, born on Valentine’s Day. I think that’s what has made me so sweet all these years, (LOL).

Earl Turner, who has been entertaining in our village for a long time, and always puts on a great show, will be performing at the Suncoast, Feb. 19-20, with tickets priced at $19.95 plus tax and fees. 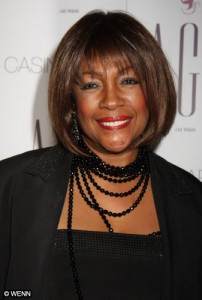 Mary Wilson, who lives here in our village, is on a special tour of Russia for the U.S. Embassy in Moscow and the Humpty Dumpty Institute. Mary narrowly missed being involved in the recent bombing at Domodedovo Airport. Fortunately they landed at another nearby airport.

On February 20, friends and fellow entertainers will gather in the showroom at the South Point Hotel/Casino at 3 p.m. to honor the late Breck Wall, with a tribute show to top any held around here in a long time. Wall was a friend, but mainly he was a funny and fun-loving guy, who just happened to be a top-notch producer of raucous entertainment. His “Bottoms Up” cadre of entertainers number in the hundreds, over the 50 years it was an active show. Many of those who performed in the show, will be on hand to add their particular remembrances of a man who is missed. The show is free, but a suggestion of a $20.00 donation will be greatly appreciated.  Funds will go towards final expenses, and to the Alzheimer’s Association in Brecks name.

Oh, yes, before I leave you this week, I would like to let you know I’m going with the underdog and 2 ½ points and also the over 44 ½ points. That’s Pittsburgh for the uninformed!