As you may already know, I have been battling the flu bug for almost two weeks now. I get rid of it (I think), and I step outside and whammo, it’s back. So I’ll just make a few mentions real quick and get back to bed.

First off the bat was the 30th Anniversary Party earlier this week at the Flamingo Hotel for Legends in Concert. It’s hard to believe that 30 years ago I sat in an apartment with two gentlemen, discussing the possibility of bringing a new type of tribute show to Las Vegas. John Stuart was telling Roy Jernigan and me about his idea. We listened attentively and came to the conclusion that it would be a tough sell. If and when he could get a hotel showroom, we might be interested. 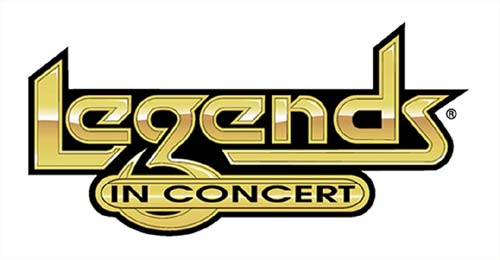 Roy at the time was booking entertainment for Don Laughlin at the Riverside Hotel in Laughlin and I was doing publicity for Robert Goulet and other entertainers. But to make a long story short, within a few months Stuart had convinced the Imperial Palace Hotel on the Strip to give him a chance, and Legends in Concert was born.  I was there that opening night, and it was definitely different – Stuart had a Marilyn Monroe and an Elvis impersonator but the rest of the cast, I can’t even remember. There were practically no props, as the stage was very limited and I believe there was a three-piece band and no dancers.

Over the past 30 years, a lot of changes have taken place. Stuart is no longer associated with his show, which now plays all over the world. But what a show has it has become. Legends in Concert is now at the Flamingo since January when Caesars Entertainment decided to move it from Harrah’s, but I can tell you one thing did remain the same, they still have a Monroe and Elvis!

My very good friend, and one of the best darn entertainers in Las Vegas (who doesn’t work in her adopted home-town enough), Mary Wilson, will do her Rock’n Roll show this coming Saturday and Sunday (May 11-12) at the Suncoast Hotel & Casino. Wilson is a founding member of the original Supremes, who in the mid-sixties set a record that I believe, still stands – having five consecutive No. 1 Billboard hits.

Mary, who just turned 69 in March, is a living example of a lady having fun. There are currently some real rumors that Mary may very soon announce a permanent, weekly, two-night a week gig at a major Las Vegas Strip Hotel. We are keeping our fingers and toes crossed for the Lady, who has toured the world for more than 50 years. Just to be able to settle down and sing on a stage in Las Vegas every week would be a true blessing. “It’s really something I’ve been hoping for ever since I moved to Las Vegas,” Wilson said. “And, when the signatures are signed on the contract, I’ll shout it from the top of Mt. Charleston. I’ll definitely be a happy girl!”

Emeril Lagasse, executive chef and owner of four Las Vegas restaurants, was awarded the James Beard Foundation Humanitarian of the Year for 2013 on Monday night in New York. Lagasse received the award due to his devotion and service through the Emeril Lagasse Foundation, which he founded in 2002. To date, the Foundation has granted more than $5.5 million to children’s education and culinary arts programs in New Orleans, Las Vegas and the Gulf Coast. This esteemed award is given to an individual or organization whose work in the realm of food has improved the lives of others and benefited society at large.

“I’m humbled and honored to receive the Humanitarian Award from the James Beard Foundation,” Lagasse said. “Over ten years ago, I founded the Emeril Lagasse Foundation with the hope of giving back by exposing young people to the culinary arts– especially those who come from disadvantaged backgrounds. Over the years, we’ve stayed true to our core values of education, mentorship, passion, creativity, and self-discipline. I’m incredibly proud of the work we’ve done, the lives we’ve touched, and I’m deeply grateful to my many friends who have contributed their support along the way. I look forward to continuing on this path for years to come.”

Cal State University will present Frankie Randall, a “Casino Legends Hall of Fame Inductee,” and recipient of a star on the Palm Springs Walk of Stars, on May 14, at its Palm Desert Campus, inside the Indian Wells Theater, beginning with a reception at 6:00 p.m. Randall is an entertainer, vocalist, classical and jazz pianist, arranger, conductor and composer of both words and music. Other entertainers call him, “The Real Deal.”  The show is titled, “88 Keys, 10 Fingers, No Problem! An Evening with…Frankie Randall.”

Frankie performed with The Desert Symphony at the McCallum Theatre for his 75th Birthday Celebration on January 11, 2013. That evening, he joined Frank Sinatra, Bob Hope, Jack Jones and others when he received the prestigious Amadeus Award. This award is given in recognition of great musical talent and outstanding achievements in the advancement of the musical arts.  On February 21, 2013, the President of the Frank Sinatra Celebrity Invitational presented Frankie with an award for “25 Years of Support and Contribution” to the golf tournament benefiting The Barbara Sinatra Children’s Center.  Additionally, on February 22, 2013, Frankie was the featured performer for the Friday evening celebration at the Frank Sinatra Celebrity Golf Invitational with Doc Poster’s 40 piece orchestra under the direction of Gary Berkson, Maestro of The Desert Symphony.

While playing the piano at “Jilly’s Night Club,” in New York, Frankie had a life-changing event take place – meeting Frank Sinatra. Through their friendship, “Mr. S” helped Frankie obtain his recording contracts with RCA, leading him to appearances on all the major TV shows, including as a regular cast member on the Dean Martin Summer Show. Later, Frankie became Director of Entertainment for the Golden Nugget and ultimately Vice President of Entertainment for Bally’s Hotels.  After that time, Randall returned to his first love of entertaining.  He currently has seven CDs available. Frankie performs the Great American songbook all over the world to sold-out audiences.

One of the restaurants that will be well represented at the 34th Annual San Gennaro Festival at 4245 S Grand Canyon Dr., just west of I-215 and Flamingo, is Las Vegas’ best casual Italian restaurant, Amore Taste of Chicago on Vegas’ west side.

Joe Papa, a Windy City transplant, opened Amore Taste of Chicago ten years ago and has attracted a loyal dining crowd often clad in Bears, Cubs, White Sox, Bulls and Blackhawks jerseys. Papa, who beams at the endorsements of transplanted and visiting Chicagoans, looked forward to the opening of the festival on Wednesday, as it celebrates Las Vegas’ rich Italian history. “They bring in a lot food vendors who travel from one festival to another,” Papa said, “but this gives a lot of us, who have our businesses here in Las Vegas, an opportunity to introduce our products to the public.” The Festival boasts of nearly 75 food vendors, 90-plus specialty vendors, open-to-close entertainment and a carnival with attractions that appeal to all ages, according to event coordinator, Vinny Dantoni.  Pizza maker Papa expects to serve up as many as 1000 deep dish slices of his Chicago pizza every night. “We’ll be pumpin’ the pizzas out, slicing ‘em up and moving them forward,” he says. “San Gennaro gives me an opportunity to promote my restaurant,” he adds. “I want people to taste my deep dish Chicago pizza.”

The San Gennaro stage will be filled with entertainment every day from open to close. A fireworks show is planned for Sunday, 9:00 PM.  The full entertainment lineup can be viewed at San Gennaro Feast website. The festival runs May 8-12. Wednesday through Friday, event hours are 4:00 PM – Midnight; Saturday and Sunday the festival opens at 11:00 AM.