Murray The Magician signed a new residency deal into 2019 with the Laugh Factory – Tropicana Hotel & Casino Showroom, opening October 3, 2018, six-days a week, 7:00 p.m. Thursday through Saturday, and 5:00 p.m. Sunday through Wednesday, dark Fridays. His star has definitely been rising  since the last time he played the Laugh Factory in 2014.

Murray Sawchuck has performed on more reality shows than any other magician, over 21, most recently on CW’s ‘Fool Us’, he has become a YouTube sensation, has a channel that has had over One-billion views and growing, and has just signed on another year to shoot his 10th season on Pawn Stars as the Magic Expert.  Currently Murray is on three Network TV shows and is in talks with having his own TV show! 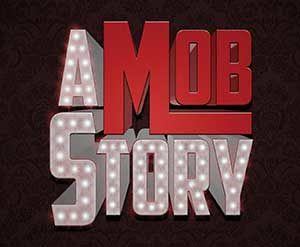 Love them or hate them, mobsters played a major role in the rise of Las Vegas as a legendary tourist destination. Opening in July at the Plaza Hotel & Casino in the heart of downtown Las Vegas, “A Mob Story” will entertain audiences with an original production that tells the “tale of how the Mob made Las Vegas, and how Vegas took down the Mob.” Tickets are on sale now for the limited engagement show featuring stunning 180-degree visual effects and world class choreography set to today’s popular music, influenced by wiseguys, gangsters, and mistresses to the mob. The show opens to the public Wednesday, Sept. 26.

Created and directed by legendary producer, Emmy and Golden Globe award winner, Jeff Kutash, “A Mob Story” is the most realistic portrayal of the mob ever presented on stage, as told by the last Godfather, former Colombo family capo, Michael Franzese. A true “made man,” Franzese will provide an unprecedented authentic journey into the secret world of the mafia as the show’s host. Former city of Las Vegas Mayor and illustrious mob attorney, Oscar B. Goodman will be an ambassador to the show with special appearances.

Kutash, known for creating 12 time “Las Vegas Show of the Year,” “Splash,” has recruited a first-class team of dance masters and Broadway theatrical designers to bring “A Mob Story” to life on the stage. The show’s supervising choreographer, Brian Friedman, has worked with mega music artists including Britney Spears, Cher, Beyonce Knowles and Mariah Carey.  He partners with choreographers Will “Willdabeast” Adams, Janelle Ginestra, Tracy Philips, and Shannon Mather, who add to the production diverse dance styles staged to an eclectic contemporary music score featuring a stellar cast of 25 singers, actors, and dancers who are sure to captivate and engage diverse audiences.

“Downtown Las Vegas is where Vegas began, and the Plaza has been a downtown iconic hotel for decades. Our vintage showroom is the perfect place for the debut of this amazing show that will entertain audiences, young and old,” said Jonathan Jossel, Plaza CEO. “The mob is big part of the intrigue of Las Vegas, and as we welcome more visitors to downtown, we are proud to offer them a fresh Vegas experience on a historic tale. ‘A Mob Story,’ with its unparalleled leadership and world-class production staff, will give audiences a glimpse of Vegas history in an unforgettable way.”

Tickets are on sale now.  For shows and ticket information  call 702-386-2507 or online at https://www.plazahotelcasino.com/entertainment/a-mob-story.

Pop superstar and ‘80s icon Paula Abdul is returning to Las Vegas for a special performance at the Red Rock Resort. The Grammy and Emmy Award-winning pop icon will bring STRAIGHT UP PAULA! Paula Abdul’s 2018 North American Tour to the Red Rock Ballroom Saturday, November 10, 2018 at 8:00 p.m. Tickets are on sale now.

There is a reason I have put this article right after the article about Jeff Kutash. Back in the day when I was with Robert Goulet at the Dunes Hotel, Paula was a hot personality. Every producer worth his salt was after her to perform in our Village. Kutash made a deal with Paula and inked a pact with the Dunes. Goulet was on his last month of a year-long contract and was preparing to go on the road with his show. Well, the show Kutash was going to produce had something to do with “space” and a space ship or something like that. Most stage had a cement base with wood over the top. Now the Dunes was one of those. Jeff needed a big pit to be able to hide the space ship. During the day they began chip away at the stage creating a huge hole in the middle of the stage, where the band performed. They would cover it up with supports, flooring, etc. However, for reason known only to Jeff Kutash and Paula, the show never showed up. And, as far as I know, the hole remained until the Dunes was imploded by Steve Wynn, Just one of those little unknown stories that IS LAS VEGAS!

Paula Julie Abdul is an American singer, songwriter, voice actress, dancer, choreographer, actress and television personality. She began her career as a cheerleader for the Los Angeles Lakers at the age of 18 before rising to prominence in the 1980s as a highly sought choreographer at the height of the music video era. Abdul later scored a string of pop music hits in the late 1980s and early 1990s. Her six number one singles on the Billboard Hot 100 tie her with Diana Ross for seventh among the female solo performers who have topped the chart. She won a Grammy for “Best Music Video – Short Form” for “Opposites Attract” and twice won the “Primetime Emmy Award for Outstanding Choreography“.

After her initial period of success, she saw renewed fame and success as an original judge on American Idol in the 2000s, which she left after the eighth season. She went on to star on CBS‘s short-lived television series Live to Dance, which lasted one season in 2011, and was subsequently a judge on the first season of the American version of The X Factor along with her former American Idol co-judge Simon Cowell, the creator and producer of the show. She was also a guest judge on the All-Stars edition of Dancing with the Stars in 2012 and the tenth season of So You Think You Can Dance in 2013, and more recently became a permanent judge for that series along with the Australian version of the show for its 2014 revival.

Tickets to STRAIGHT UP PAULA! Paula Abdul’s 2018 North American Tour are available by logging onto www.stationcasinoslive.com or through Ticketmaster at (800) 745-3000 or www.ticketmaster.com.  For exclusive ticket pre-sale information connect with Red Rock Resort on Twitter @RedRockCasino and Facebook. Doors will open at 7:00 p.m. and guests under 21 must be accompanied by an adult.

Multi-GRAMMY Award-winning superstar Bruno Mars will ring in 2019 with two performances at T-Mobile Arena Sunday, Dec. 30 and Monday, Dec. 31. Both shows are scheduled to begin at 8:00 p.m.

Tickets for the shows start at $79, not including applicable service charges, and go on sale to the general public Friday, Sept. 28 at 10 a.m. PT.  Tickets can be purchased online at axs.com. M life Rewards members and Live Nation customers will receive access to a pre-sale Thursday, Sept. 27 from 10 a.m. PT to 10 p.m. PT. To join the M life Rewards program or for more information, visit mlife.com.

Eleven-time GRAMMY Award-winner and 27-time GRAMMY Award-nominee Bruno Mars is a celebrated singer, songwriter, producer, and musician who has sold more than 180 million singles worldwide, making him one of the best-selling artists of all time. Recently, his critically acclaimed and RIAA certified double-platinum album 24K Magic marked his highest first week sales debut, remaining in the Top 10 on the Billboard 200 for an impressive 44 consecutive weeks. The lead hit single “24K Magic” is certified four times Platinum by the RIAA. Mars’ six-time platinum certified single “That’s What I Like” recently climbed to No. 1 on the Billboard Hot 100, marking his seventh Hot 100 chart-topper and his first No. 1 on the Hot R&B Songs chart, where it remained at the top-spot for 19 consecutive weeks.

Mars is the first artist to have two songs spend 24 or more weeks in the Hot 100’s Top 5 (“That’s What I Like” and “Uptown Funk”). He is the only artist in the past year to have both a four-time and six-time platinum single from the same album. Also, Mars is one of the few artists to have written and produced all of his No. 1 hits and has had a No. 1 song on the Hot 100 from each of his first three studio albums.

With seven Hot 100 No. 1s, Mars is ranked No. 1 among male artists with the most Hot 100 No. 1s for this decade, extending his lead over Justin Bieber, Drake, Eminem, and The Weeknd. Mars has been traveling the globe on his massive 24K Magic World Tour, which sold more than One-million tickets in a single day. In 2015, Mars dominated music charts with the hit single “Uptown Funk,” which took home three GRAMMY Awards, including Record of the Year.

Well gang, that’s it for this week.