The “Boys of Thunder,” and more than 116 Hauler Trucks, with at least two NASCAR race trucks, Infinity cars or Cup cars, plus spare parts tucked inside, are on the Interstate heading for one of their favorite racetracks, the Las Vegas Motor Speedway, home of the Busch brothers, Kyle and Kurt, who will be competing this coming weekend.

And the Speedway, along with the City of Las Vegas, really goes out of their way to make it a weekend that’ll be really hard to forget. I could go into just the races themselves, but instead of writing about the race itself, I thought I would letcha know what is happening all over the city. Attending a NASCAR race at Las Vegas Motor Speedway is an experience like no other, and the track is working with its partners in the “Entertainment Capital of the World” to provide a plethora of activities for fans to enjoy during their visit this week.

Whether it’s seeing their favorite driver up close at a special appearance or listening to free music, the more than 100,000 people who will come to town for the weeklong racing festival are in for a treat. From hometown drivers Noah Gragson and Brendan Gaughan appearing at the Ultimate Vegas Sports Weekend FanFest at the Downtown Las Vegas Event Center on Thursday, Feb. 28, from 4:00-5:00 p.m. PST, and the highly popular NASCAR Hauler Parade up the Las Vegas Strip at 6:00 p.m. that same night, fans can get primed and ready for NASCAR action in a variety of ways.

NASCAR faithful’s will have plenty of chances to see their favorite drivers, including Las Vegas native Kyle Busch appearing at M&M’s World on the Las Vegas Strip at 6:30 p.m. and Kurt Busch participating in the Feb. 28 autograph session at the LVMS Dirt Track before the World of Outlaws and NASCAR K&N Pro Series West races begin. Click here for a complete list of driver appearances.

Also returning this year is the speedway’s Turn 4 Turn Up fan area on the concourse level overlooking the 1.5-mile oval.  This is a special gathering spot that was a huge hit during LVMS’s September race weekend. The Ferris wheel will be back, and the area – which is free to all ticketholders – also will feature fire pits, food trucks, a DJ, mechanical bull, games, and drink special in a festival-like atmosphere.  In addition, a number of popular bands and musical acts will be performing in the Neon Garage Friday through Sunday. There will also be several appearances at the NASCAR.com Trackside Live stage in the Neon Garage throughout the weekend.

Driver appearances weekend schedule, fan information, and transportation options are all available on LVMS.com or on the LVMS app.

LVMS’s spring 2019 NASCAR Weekend begins with Strat Qualifying and the Strat 200 NASCAR Gander Outdoors Truck Series race on Friday, March 1, in which Kyle Busch set a new record of wins last weekend in Atlanta as he won his 51st race. Next comes the NASCAR Xfinity Series Boyd Gaming 300 on Saturday, March 2, and finishes with the Pennzoil 400 presented by Jiffy Lube Monster Energy NASCAR Cup Series race on Sunday, March 3. That NASCAR action will be preceded by two nights of World of Outlaws action on Feb. 27 and 28 and the Star Nursery 100 K&N Pro Series West race on Thursday, Feb. 28, at the LVMS Dirt Track, giving the nearly 1,000-acre facility five consecutive days of top-notch racing.

Kyle Busch is going to be a busy guy at his hometown track this weekend. The 2015 Monster Energy NASCAR Cup Series champion and Las Vegas native will be going for a tripleheader trifecta at Las Vegas Motor Speedway Friday through Sunday when he runs in all three NASCAR races at the 1.5-mile speedway. Busch, the winner of 51 MENCS races, is the only driver competing in all three events at LVMS’s first tripleheader weekend of the year.  The 33-year-old will be looking to repeat the three-race weekend sweeps he drove to at Bristol Motor Speedway, one of LVMS’s sister tracks, in 2010 and 2017. Busch is no stranger to victory lane in all three series in Las Vegas.

And on Sunday, Country recording artist Cassadee Pope will perform the national anthem prior to the Pennzoil 400.  Pope independently released her second album, “Stages,” on Feb. 1 and is set to embark on a 29-show national tour on March 9 that will include GIRL The World Tour shows with Maren Morris, then she’ll quickly jump to headlining the CMT Next Women of Country Tour with Clare Dunn and Hannah Ellis.

After being crowned Season 3 winner of “The Voice,” Pope shifted her career from the rock world to Nashville. In that time, she has released hit songs including “Wasting All These Tears” and “Summer” and earned her first No. 1 by collaborating with Chris Young on his GRAMMY-nominated hit “Thinking of You.”

Harrah’s Showroom headliner Tenors of Rock will join Pope as part of the speedway’s race-day festivities, performing the pre-race concert that leads up to the official Driver Introductions that are set for 11:50 a.m. Comprised of members David “Dai” Richards, Jimmy Denning, Jonathan Williams, Tommy Sherlock, and Dan Schumann, the Tenors of Rock were finalists on the “X Factor” in 2013 and were voted “Best of Las Vegas 2017” by the Las Vegas Review-Journal.  They have performed more than 1,000 shows worldwide since forming in the UK in 2010 and have performed an average of six shows a week in Las Vegas for last two years.

NHRA stars and Pennzoil drivers Matt Hagan and Leah Pritchett will join forces and serve as Grand Marshals of the 267-lap Cup race. Hagan is a two-time Funny Car world champion (2011, 2014) with 29 career event victories, and Pritchett is a seven-time winner in Top Fuel who has hit 334.15 miles per hour behind the wheel.

In addition, the United States Air Force’s Thunderbirds, stationed right across the street from the speedway, will perform its famous flyover as Pope is finishing the Anthem. The demonstration squadron performed high-profile flyovers earlier this year at Super Bowl LII in Atlanta on Feb. 3 and for the Daytona 500 on Feb. 17.  This is one of my personal favorites being I am a veteran of the Air Force and of the Korean War.

For tickets to all events, or for specialty items like Neon Garage passes, Lucky 7 parking permits or driver introduction passes, call 1-800-644-4444 or log on to LVMS.com.

Now if you’re not too tired after an afternoon at the speedway, you can head down I-15 after leaving the track and head for the South Point Hotel for another tough sport, where Four-time world champion bull rider Tuff Hedeman heads up a list of tough bull riders who will be competing in the Tuff Hedeman Bull Riding Tour, presented by Boot Barn and Discount Tire, at the South Point Arena & Equestrian Center on Saturday, March 2 at 7:30 p.m. Featuring Hedeman’s signature style event, 24 of the world’s best bull riders will compete in the invitation only, three-round competition with a sudden death format. Tickets are on-sale now starting at $30.

The two-hour adrenaline rush show will feature a star-studded lineup of world-class bulls, including bull icon Hellfire, pitted against champions and the hottest bull riders on the tours today. As the fourth stop of the nationwide tour, Tuff Hedeman Bull Riding Tour will have three World Champions and nine Wrangler National Finals Rodeo qualifiers competing, including but not limited to Jeff Askey, Koby Radley, Dustin Boquet, and Eli Vastbinder.

“The last time a group of bull riders like this were in Las Vegas was during NFR, and if you missed them in December, you can see several world champions and the NFR guys back in town at the South Point,” said Hedeman. “It is going to be an intense weekend of competition plus some great family fun entertainment, and no bull riding experience or knowledge is necessary to enjoy this high energy adrenaline rush show.”

In addition, top-shelf entertainment by past NFR entertainer of the Year, JJ Harrison, Tuff Hedeman Bullfighters, and grand pyrotechnic introductions will add to the adrenaline rush competition. Bullfighters Only champions Bryce Redo (Dayton, TX) and Beau Schueth (Emmitt, NE), both personally selected by Hedeman, will also be back saving lives on the dirt in front of the chutes.

Doors will open at 6:30 p.m. for ticket holders to enjoy the pre-event activities on the concourse including great food, cold beer, shopping, and autograph opportunities.

Leading up to the weekend event, Hedeman will be joined by Hellfire Vastbinder, and Redo at the Downtown Las Vegas Events Center on Thursday, Feb. 28 during the Ultimate Sports Weekend Fan Fest from 3:00 to 6:OO p.m. Tickets are on sale now at Tuff Hedeman Bull Riding Tour tickets or by visiting the South Point Arena website. Tickets are also available in-person at the South Point Box Office, 9777 Las Vegas Blvd South, Las Vegas, NV 89183, or phone 702-797-8055. 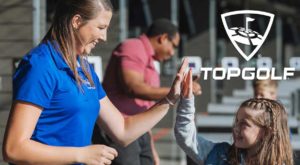 Back by popular demand, Topgolf Las Vegas is calling all aspiring golfers as they are hosting their Spring Academy for kids eager to learn the dynamics of golfing from the pros at Topgolf Coach. Registration for Spring Academy is open now and parents who register their kids before March 1 will save $20 when registering. Visit www.topgolf.com/lasvegas for more information on how to register.

The Spring Academy is an exciting three-day program of non-stop entertainment and learning that kids will love. The Academy educates kids on all aspects of the sport including proper etiquette, understanding of the rules, and learning how to chip, putt and do a full swing. Each academy is designed and taught by a Topgolf Coach in a fun and relaxed environment. Spring Academy is staffed with a low student-to-instructor ratio to ensure each Junior Golfer receives in-depth and hands-on attention.

The Academy takes place on Monday, April 15 through Wednesday, April 17 from 9:00 a.m. until noon. The cost is $119 per child, plus applicable taxes and fees and includes entrance to the academy, Topgolf gameplay with golf instruction, lunch, a Topgolf gift and a certificate of completion. Kids who are interested in joining must be between the ages of six to 12.

Well, gang, you know where I’ll be this weekend, along with my daughter Robin, Pat, and about 100,000 close friends. 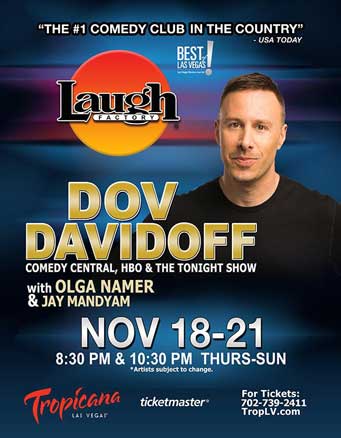 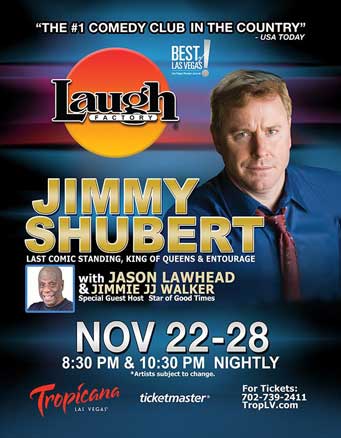 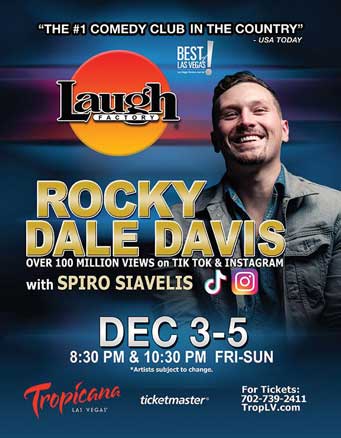 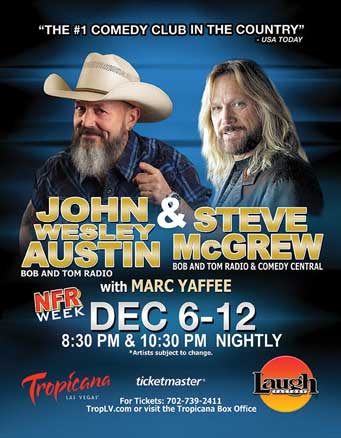