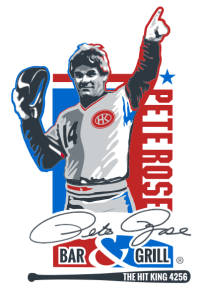 Baseball icon Pete Rose is bringing an all-American restaurant and sports bar to the epicenter of the Las Vegas Strip with the grand opening of Pete Rose Bar & Grill this week. Located across the street from ARIA directly on Las Vegas Blvd., the 9,000-square-foot restaurant, bar and Strip-side patio will be open daily for breakfast, lunch and dinner.

Developed by HIG Management Corporate Executive Chef Brian Littlejohn, Pete Rose Bar & Grill’s menu will include an array of appetizers, salads, sandwiches, entrees and desserts along with signature “Pete Rose Specials,” all using responsibly-sourced ingredients. The specials will honor the three cities that Rose played for, including Cincinnati Chili on spaghetti for the Cincinnati Reds; a classic Philly Cheese Steak for the Philadelphia Phillies; and a spin on Poutine for the Montreal Expos, topped with brown gravy and cheese curds.

I love sports, sports fans and great quality food,” says Rose, a Las Vegas resident. “My partnership with HIG Management and our restaurant’s location allows me to bring all three together.”

The 6,700-square-foot bar and dining room is filled with art instillations and historic pieces from Rose’s iconic baseball moments. The spacious full bar seats 35, while the dining room seats 250, and the patio seats 100 guests. More than 32 high-definition televisions fill the restaurant, offering 24/7 sports, analysis and action with the Direct TV sports package. The patio offers a garden-like setting to enjoy dining al fresco while taking in the sounds and sights of the Las Vegas Strip. 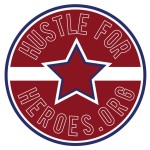 “We lose 22 U.S. veterans each day to suicide in this country. Unacceptable,” Pete Rose has said over the years. The Hustle for Heroes Foundation is a 501(c) (3) non-profit organization dedicated to eroding the challenges our veterans face as they transition back to civilian life.  Co-founded by Pete Rose, and Ray Genco, the foundation seeks to leverage the power of sports and an American icon to bring about social change. More information may be found at www.HustleforHeroes.org.

After several contract extensions resulting in a successful eleven-month run, The Venetian / Palazzo Resort announced that, “Frank: The Man, The Music,” starring Bob Anderson, will perform its final show in the Palazzo Theater on Saturday, November 28th, 2015.

The closing of the show was a mutual decision by both parties. While the Hotel has spent the greater part of the year reminiscing about the glory days of the Copa Room, with the sound and timeless classics of the legendary artist, it will begin preparing the stage in December for a new show to open in early 2016.

“Frank: The Man, The Music,” starring Bob Anderson, quickly became ‘the talk of the town’ and the ‘must see show on the Strip.’ Anderson’s reviews were nothing less than spectacular. His 32 piece Orchestra, with more than half of them former players of Sinatra, and under the direction of Sinatra’s former conductor, Vincent Falcone, was an experience not to be missed.

I can personally tell you that if you have not seen this show, get off your butt and get to the showroom before it closes. Once the curtain goes down that Saturday night, you will not be seeing Anderson performing in our little village, as he will be touring the world with the show. However, there is a slight chance he will perform a very special one-night show at an extremely important Las Vegas location, on a very significant date. From what I have heard it will, if it happens, be by invitation only. But, hey, what do I know? I can also tell you that I have seen this show at least six times and each time it is better and better. So, gang, let’s fill the room in those last weeks, so we can give one Hell-of-a-Guy a Las Vegas send off!

Kayli Barker, the winningest female driver in the history of The Bullring at Las Vegas Motor Speedway, will be part of NASCAR’s annual Drive for Diversity Combine, where she will compete for a spot in the industry’s top driver development program.  Barker, a freshman at the University of Nevada-Las Vegas, has won 15 races at the 3/8-mile paved oval and finished fifth in the NASCAR Super Late Models points standings this season. She will have a chance to compete in a three-day combine at Langley Speedway in Hampson, Va., Oct. 19-21, for inclusion in the NASCAR D4D Class of 2016.

Barker said she applied for the combine each of the last three years and was pleasantly surprised to learn she’d been accepted for the 2015 combine.  “I’m thrilled, especially since this is something new and different,” Barker said. “I finally got chosen, so it’s a nice little relief. When I first looked at the (acceptance) e-mail, I thought it was probably just saying, ‘Try again next year.’ But I was like, ‘Oh wow, I got picked!’ I was in shock.”

She has been busy preparing for the trip east and is looking at the experience as an opportunity to show her talents to a different part of the NASCAR family.  “All I’ve been doing is watching videos online to see the lines of the track,” she said. “It’ll be nice to just be able to compare myself to whoever is there. A lot of them race in the K&N Series East, so it’ll be nice to see where I am with them. It’ll also help my name get out there. I’ll be on NASCAR’s radar now.” Well, gang, there you have it: A new club, a great show is leaving, and a young lady is on her way up the NASCAR Ladder. What more could you ask for?