Was all prepared to go out to the new SPEEDVEGAS opening last Friday, but good old Mother Nature lifted her head and said, no. That when my allergies began to act up. The second minute I got up, made the mistake of opening my porch door to let the fresh air in, I knew I was in trouble. By the time I contacted the Public Relations person for the new track, I had already been through a box of tissues.  So, gang, the following is a press release explaining what happened while I was home blowing my nose.

SPEEDVEGAS celebrated the momentous occasion on Friday, April 15, with the ceremonial track opening, marking the first in series of opening events for Las Vegas’ newest and most exciting adrenaline attraction. When the doors opened, crowds poured in to be one of the first 100 to drive on the track. Each and every guest was warmly greeted by Aaron Fessler, co-founder and chief executive officer, SPEEDVEGAS.

The track opening event began with “Lady Gaga” from “Legends in Concert,” the world’s greatest live tribute show performing the National Anthem, followed by a helicopter flying over the 10-acre motorsports complex. The moment finally arrived when SPEEDVEGAS founders Aaron Fessler and Tom Mizzone raced through a human ribbon formed by the world-famous dance crew, JABBAWOCKEEZ, to celebrate the official opening of the track. The multi-million dollar collection of SPEEDVEGAS supercars – Lamborghinis, Porsches, Ferraris, Audis, Shelbys and more – then took their 1.5 mile lap around the track.

Then SPEEDVEGAS followed with a sneak peek of what is coming this summer when the rest of the $30 million motorsports complex opens, including the 22,000-square-foot, two-story welcome center featuring indoor and outdoor observation decks, café and meetings and event space. 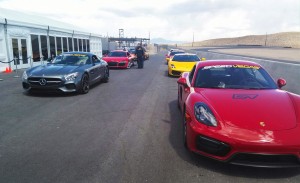 The weekend special event continued with a special for Nevada residents, as well as active or retired military with a valid ID, receiving a special offer: If they brought along a non-perishable food item they got a $25 discount off any the special SPEEDVEGAS packages. The donations went to the Veterans Village Las Vegas, a transitional and permanent housing residence for United States Veterans that is operated 24/7 by SHARE, a nonprofit organization.

For those of you who may not have read some of my previous columns on the new speed venue, here is some pertinent information about the track: The new track is an award-winning 100-acre motorsports complex. Guests at SPEEDVEGAS experience the world’s most sought-after muscle cars and exotic supercars from Porsche, Ferrari, Lamborghini, Audi, Corvette and more. The $30 million venue features an impressive 1.5 mile (2.4 km) Formula One-inspired racetrack comparable to top circuits in the world, which includes 12 sweeping turns, 20-degree banked turns, 60 feet of total elevation change and a half-mile straightaway.

In addition, the 20,000-square-foot, 2-story welcome center will feature indoor and outdoor observation decks, food and beverage selections at a well-appointed café, meetings and event space and much more. It is located at 14200 S. Las Vegas Blvd., 89054, just minutes south of the world-famous “Welcome to Las Vegas” sign (Exit 25 on Interstate 15). 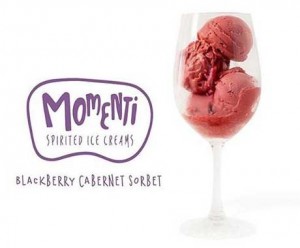 Super-premium ice cream pioneer, Momenti Spirited Ice Creams, has opened in Las Vegas the first specialty manufacturing plant in the U.S. for creating and developing spirit-infused super premium ice creams and sorbets.  Family-owned and operated, Momenti specializes in the science of ice cream making using quality ingredients and top-shelf liquors.
What started as a fun concept by local entrepreneur, Leif Pearson, quickly expanded into countless hours of education and developmental collaboration that has transformed Momenti Spirited Ice Creams into a trend-setting brand and regional and soon to be a national, business. A Las Vegas native, Pearson is a graduate of The Meadows School in Summerlin and graduated from Colby College in Maine with a degree in Science, Technology and Society.

“We are proud to announce our factory is the first of its kind designed to exclusively produce alcohol infused ice creams and sorbets,” enthused COO, Pearson. “Las Vegas is a perfect place to open our factory because a majority of the population is engaged in the food and beverage industry and it has become a hub for epicureans.”

Located in the 4000 block of Silvestri Lane in Las Vegas, Momenti’s first full production plant utilizes a patent-pending process to successfully freeze and infuse ice creams and sorbets with wine and spirits, developed by Momenti with the help of leading ice cream industry scientists and experts from across the country.

“Over the course of my career, I’ve consulted with hundreds of ice cream developers to bring their concepts to life, and Momenti’s one-of-a-kind facility is the first ice cream production plant created to exclusively produce alcohol-infused ice cream,” said Darryl David, a reputable dairy/ice cream consultant.

Momenti is actively working with more than a half-dozen on and off Strip restaurants and food and beverage companies to offer its signature products to patrons. The company can also produce its product in custom branded cups for private events and catering opportunities.
For more information on Momenti Spirited Ice Creams, visit http://www.momentispirits.com, or find them on Facebook. 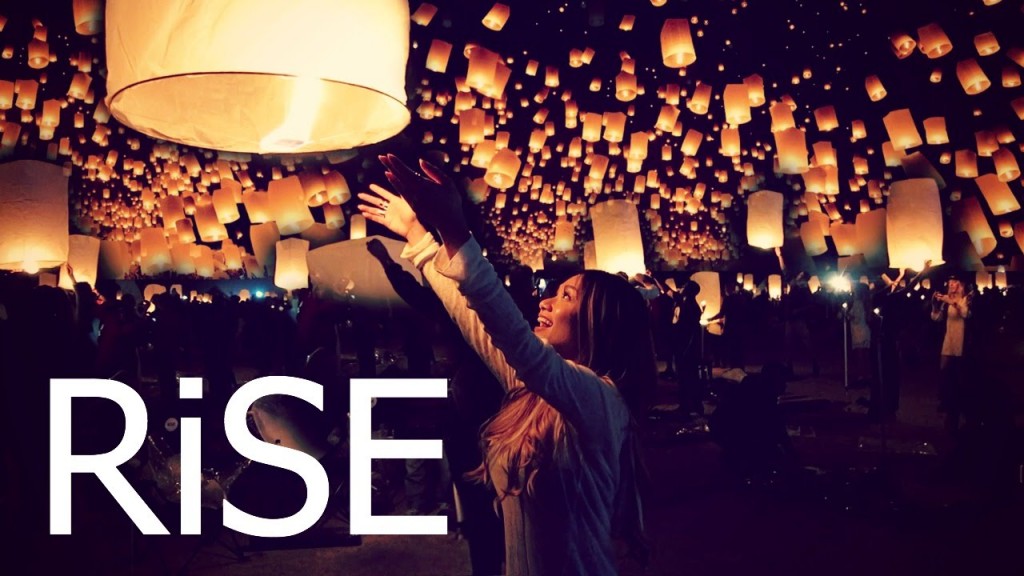 After a sold-out sophomore year the RiSE Lantern Festival is set to expand into two days for 2016, Friday, October 7 and Saturday, October 8.  This festival which celebrates the collective elevation of peoples’ hopes, dreams, resolutions, goals and desires – will once again take place at the Moapa River Reservation. A limited number of pre-sale tickets may still be available for those past attendees and those signed up through the festival’s website. “Over the past couple of years we have really been able to hone and refine this very special event,” said RISE co-founder Dan Hill. “And by expanding to two days I am looking forward to the opportunity to allow even more people to come out and experience the magic, beauty and sense of community that defines RiSE.” 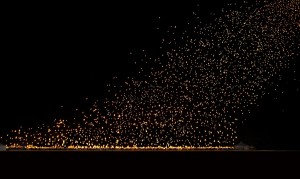 Taking place at the Moapa River Reservation (approximately 35 miles northeast of Las Vegas, adjacent to Valley of Fire State Park), the gathering will feature the simultaneous release of thousands of flame-lit paper lanterns, each carrying an individual meaning and together forming something beautiful. General admission tickets for the Festival will go on sale May 17 at 9 a.m. PST, and will range from $89-$109.

Attendees can enter the event site starting late afternoon, where they will be welcomed with live music, food and activities such as lantern decorating. Parking is available on-site and shuttles from the Las Vegas Strip will also be an option for those who cannot drive themselves. Parking ($25 per vehicle) and Shuttle ($39 per person) tickets can also be purchased at risefestival.com.

With their signature sounds and melodic variety, The Las Vegas Tenors return to delight audiences of all ages at the Suncoast Showroom May 14 and 15. Originally formed in 2005, The Las Vegas Tenors have been energizing crowds with their dynamic voices for more than a decade. From rock, opera, country, rhythm and blues and everything in between, they create an electric performance with their harmonious sounds. The current lineup features original member Bobby Black, joined by new members Paul Vann and Lou Gazzara.

A self-taught trombone player from the South, Black began singing at his local church at the age of three, and would later go on to spend seven years as a lead soloist for The Zion Brothers, a national touring Southern gospel quartet.

Originally from Lake City, Fla., Vann’s diversity as a singer-songwriter has helped him master every musical genre. A multi-talented artist, he began his career performing country music classics on the famed General Jackson Showboat in Nashville. In addition to his distinct and compelling voice, Vann is a talented song writer, having penned hits for pop stars like *NSYNC and Mandy Moore. He is also a voice actor and can be heard on numerous national radio and television commercials.

Hailing from New Jersey, Gazzara rose to fame when, at the age of 17, he became one of the youngest contestants to be featured on the second season of “American Idol.” Since then, Gazzara has showcased his talents in shows and performances across the country, recreating the signature sounds of legendary musicians Elvis Presley, Frank Sinatra, Elton John and many more.

Together, the talented trio creates beautiful melodies, performing beloved songs like “Danny Boy,” “Listen to the Music,” “Nessun Dorma,” “You Raise Me Up” and many more. Showtime is 7:30 p.m. Tickets start at $20 plus tax and fees. Tickets can be purchased at any Boyd Gaming Box Office by calling 702.284.7777, or by visiting www.suncoastcasino.com.