Las Vegas’ country hotspot, Stoney’s Rockin’ Country, is nominated for Nightclub of the Year according to the Academy of Country Music. Stoney’s is nominated in the Industry and Studio Awards category of the 2018 ACM Honors awards. The winners will be acknowledged during the 12th annual ACM Honors ceremony in Nashville, TN at the Ryman Auditorium on August 22, 2018.

Stoney’s Rockin’ Country’s founder, Chris Lowden, commented from his headquarters in Las Vegas stating, “We’re truly honored and humbled to be nominated by the ACM this year. I love creating an atmosphere for all artists, especially emerging artists, where they feel welcome and excited to perform or just hang out while they are in town. This acknowledgement means a lot to each and every one of us here at Stoney’s.”

Stoney’s Rockin’ Country has fast become the unofficial home for the country music community on the west coast. In 2017 Stoney’s presented over 100 live country performers. They reprised their successful presentation of the ACM Tailgate Party for a Cause concerts in 2018. The venue generated significant sums of charitable revenue for the ACM Lifting Lives program and the Las Vegas Victims Fund, benefiting those who suffered as a result of the Las Vegas shootings and continues that support at the venue weekly.

“As the bands keep coming through Stoney’s, I am continually pleased to hear their consistent words of encouragement like, ‘we feel like we are at home here.’  That feedback alone speaks volumes to what my personal goal has always been about, treating every single artist with respect that walks onto our stage. Being noticed and nominated on this level reinforces that what Chris and I love and strive to do at Stoney’s is indeed moving in the right direction,” concludes Jeff “Toad” Higginbotham Stoney’s marketing director/co-buyer.

Stoney’s opened a Nashville office in May 2018 to further collaborate with the music community. 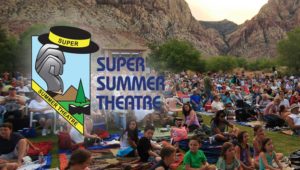 The Super Summer Theatre kicks off its 43rd outdoor Summer Series. Held at Spring Mountain Ranch State Park, the season kicks off with “BIG FISH.” BIG FISH tells the story of Edward Bloom, a traveling salesman who lives life to its fullest and then some. Edward’s incredible, larger-than-life stories about meeting witches, kissing mermaids, and joining the circus thrill everyone around him, most of all, his devoted wife Sandra. But their son Will, about to have a child of his own, is determined to find the truth behind his father’s epic tales.

Overflowing with heart, humor and spectacular stagecraft, BIG FISH is an extraordinary Broadway musical based on the celebrated novel by Daniel Wallace and the acclaimed film directed by Tim Burton. BIG FISH is an experience that’s richer, funnier, and bigger than life itself. 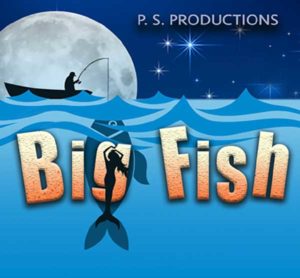 Tickets for the Summer Series are priced at $15 for general admission. Parking opens at 5:00 p.m. and Meadow Seating begins at 6:00 p.m. Super Summer Theatre is located at Spring Mountain Ranch, just 10 miles west of the 215/West Charleston intersection or 5 miles east past Blue Diamond from the intersection of Hwy 159 and Hwy 160. All performances are outdoors and run Wednesday – Saturday, excluding September’s production which runs Thursday – Saturday.

Super Summer Theatre is a non-profit organization with the mission to promote the use of Nevada State Parks by providing quality, family-oriented and reasonably priced cultural entertainment to the community, including theatrical arts educational opportunities. The outdoor theatre is at Spring Mountain Ranch State Park, and indoor theatre located at the View Point Center located at 4340 S. Valley View Blvd. The season now runs year-round June through September at the Bowman Outdoor Pavilion located at Spring Mountain Ranch State Park and November through March in the SST Studios for the Performing Arts.

The Hydrant Club, 109 N. 9th. street will launch its inaugural “Pups and Poetry” event, an evening of beautiful poetry readings by deeply talented local poets, on Saturday, June 2, from 7:30 to 10:30 p.m. Pulling from Las Vegas’ rich community of talented writers, poets will read their work, share their inspiration and offer copies of their works for sale.

The Hydrant Club believes in “paw-ties” with purpose, with all proceeds from the “Pups and Poetry” event benefitting the Alzheimer’s Poetry Project Nevada (APP NV) whose mission is to facilitate the creativity of people living with Alzheimer’s disease and related dementia. APP NV uses classic, well-loved poems to connect students and people living with dementia.

The Hydrant Club, a canine social club and training academy, offers a 9,500 square-foot outdoor park and adjacent 3,100 square-foot indoor space complete with daycare, overnight boarding, bathing facilities and retail. Located in the heart of downtown Las Vegas, equal parts play space, educational facility and social club, The Club is embarking on a mission to evolve the nature of dog care facilities, turning them into places where people go WITH their dogs for social activity, exercise, and learning. For more information, please call (702) 721-WOOF (9663), visit HydrantClub.com, like us on Facebook, and follow us on Twitter and Instagram.

Suggested donation of $10 per person at the door. Raffle prizes will also be available. Dogs are welcome as long as they have received pre-authorization by The Hydrant Club. For Vegas Golden Knights fans not wanting to miss the Stanley Cup finals, the game will be streaming live during the event.

Referred to with admiration as the ‘Monsters of the Desert,’ SCORE International is celebrating the 25th ‘Silver’ season of the marquee SCORE Trophy Truck division for high-tech, 950-horsepower, unlimited custom desert racing trucks. The salute to these ‘Monsters’ continues at next week’s Golden Anniversary of the legendary BFGoodrich Tires SCORE Baja 500.

Pre-running on the rugged, race-record 542.12-mile course continues through Friday (June 1) for the 281 vehicles entered thus far. Round-two of the four-race 2018 SCORE World Desert Championship will be held next Tuesday through Sunday (May 29-June 3). The celebratory internationally-televised race will start and finish in Ensenada, the seaside port on the Pacific Ocean, located 80 miles south of San Diego.  Most of the world’s best desert racers will be in action at this year’s celebration.

It is an elapsed-time race with staggered starts as the green flag waves on Saturday (June 2). The first to start will be the motorcycles and quads at 3:30 a.m. (PDT), and at approximately 8:00 a.m. (PDT) the cars, trucks, and UTVs will take off. While the fastest vehicles are expected to finish in approximately 11 hours, all vehicles will have a 22-hour time limit from the time each starts to become an official finisher.

A class like no other in all of the motorsports, Trophy Trucks are the rugged thoroughbreds of the most grueling of all forms of motorsports and will once again be in the spotlight at this year’s event.  Starting in 1998, the Trophy Trucks merged into the rest of the classes in the SCORE series and has run as the featured racing division every year since.  In those early years, with factory teams from Toyota, Ford, Chevy, Dodge, Nissan, and Jeep competing, the class peaked at 20 starters, but usually had no more than a dozen entries at any single race.  Since the factory teams pulled out with the emergence of the NASCAR Truck Series, Trophy Truck numbers have grown dramatically, averaging nearly 35 in every event in the SCORE World Desert Championship. In the Baja 500, a Trophy Truck has been the overall winner in 13 of the last 14 races, including the last eight straight.

Leading the way in Trophy Truck race wins in the 500 is Las Vegas’ Bryce Menzies, 30, with three wins in four years (2011, 2012, 2014) in the No. 7 Red Bull Menzies Motorsports Ford Raptor, built by Geiser Brothers. In early April he broke his back while filming a commercial and while he continues to recover, he has added a Red Bull teammate to the No. 7 truck. Driving much of the race will be France’s five-time Dakar Rally motorcycle champion Cyril Despres, 44, who has driven for the Peugeot team the last three years, finishing third in 2017.

A pair of veteran racers have won this race twice: Former NASCAR team owner/driver Robby Gordon, 30 of Charlotte, N.C., won SCORE Trophy Truck in 2005 and 2013. He will be driving the No. 77 Speed Energy Team Gordon Chevy Silverado (custom-built).  The other two-timer is San Diego’s Andy McMillin, 31, who won in 2010, while splitting driving with his talented father Scott McMillin, and he’s the defending champion after driving solo last year to the checkered flag.

Well, gang, see ya around the village.