The Laugh Factory located on the mezzanine level of the New Tropicana Hotel will be filled with laughter when Tim Gaither, Alycia Cooper, and Johnny Cardinale take over its stage beginning Monday June 12, through Sunday, June 18, followed by Jimmy Shubert, Jason Lawhead, and Travis Clark on June 19-25.

Tim Gaither is a Midwest native now living in Hollywood. A seasoned comedy veteran, he has performed in almost every state in the U.S. as well as Canada, and in Korea where he performed for the US troops. Tim has also appeared on the Bob & Tom radio show. He is a regular Vegas headliner and most recently filmed an Hour special at the Tropicana Hotel and Casino in front of a sold-out audience. Russell Peters made a special introduction, and Tim received a standing ovation. Check out Tim’s new you tube hidden camera series “inappropriate” and don’t miss any opportunity you have to see this rising star in stand-up comedy.

Alycia Cooper made her national television debut in 2000 performing stand-up in a segment called “The Flavor of the Future” on BET’s “Oh Drama.” Cooper has since been featured on “ComicView,” “Last Comic Standing,” “Comics Unleashed with Byron Allen,” “America’s Got Talent,” “The Mo’Nique Show,” “Wanda Does It,” “Gossip Queens,” “The Ricki Lake Show,” “NickMom Night Out,” “The Bob & Tom Show” and “StandUp in Stilettos.” She recorded her first DVD for a Christian comedy show called “The Spirit of Comedy” in 2002, and has since recorded two hour-long DVDs titled “Paper Chasin’” and “Stimulus Package.” She is currently recording the third, “Alycia: Unchained,” available soon on CD.

Johnny Cardinale has been featured on “Chelsea Lately” and “Jimmy Kimmel Live,” and he made his feature film debut in “Bobby Khan’s Ticket to Hollywood,” where he received great notices. He also hosts the podcast “For the Love of Mic” on iTunes. He has performed for troops overseas on ten separate occasions in over thirty countries and is a nationally touring college comedian. 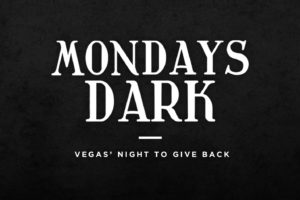 Become the master of golf while giving back to a great cause. Mondays Dark is hosting their Inaugural Charity Golf Tournament at the exclusive Dragon Ridge Country Club in Henderson on Monday, July 17. Guests will enjoy a beautiful day out on the golf course full of food, drinks, prizes, and giveaways all while benefiting Mondays Dark and raising money for 22 local charities around Las Vegas. The golf tournament will take place at 8:00 a.m. with registration starting at 7:00 a.m. Golfers that are interested in participating must register online at www.mondaysdark.com.

Single admission is $300 and a foursome is $1,200. Tickets will be held at Will Call and must be picked up day of the event with valid I.D. Each registered golfer will receive breakfast and Bloody Mary’s, a Travis Matthew golf shirt, a Mondays Dark/Titlist hat, and a sleeve of golf balls. Golfers will enjoy lunch during the celebratory ceremony at noon.

Jaguar Las Vegas will be sponsoring the golf tournament’s Hole-In-One contest and all participants have a chance at winning a BRAND-NEW Jaguar XJL, valued at $90,000.

Those that are interested in becoming a sponsor for the golf tournament can contribute by purchasing one of the 18 holes on the golf course. Other sponsorship opportunities include presenting, beverage, and auction. For more information, please email [email protected]

A little information about Mark Shunock, founder and creator of the Mondays Dark program, and his new venue The Space. A native of Sault Ste. Marie, Ontario Canada, Shunock spent almost 10 years in New York City performing on America’s premiere stages and has even earned himself a Helen Hayes Nomination for Best Supporting Actor for his role as Timon in Disney’s “The Lion King.” Mark recently starred in the Broadway hit “Rock of Ages” originally at The Venetian in Las Vegas, but can now be seen nightly as the emcee in “Magic Mike Live” at The Hard Rock Hotel and Casino. Instead of settling within Las Vegas, performing, and living the good life, Shunock had the desire to change the theatrical landscape of Las Vegas and in November 2013, created Mondays Dark.

Twice a month, Shunock gathers an eclectic cast of guests including stars from Hollywood, The Strip, musical acts, and celebrity chefs for mingling, entertainment, and a lot of laughs, with the goal of raising $10,000 in 90 minutes. Since its launch, Mondays Dark has collaborated with over 40 local charities including Opportunity Village, Nevada SPCA, Orion Cancer Foundation, Keep Memory Alive, AFAN Aid for Aids of Nevada, and Habitat for Humanity to name a few and has raised over $400,000, one event and ticket at a time.

It was Shunock’s other goal to provide the community with a sizzling mix of entertainment, music, and comedy to benefit local charities. Shunock took his theatrical concept even further in 2017 with the opening of The Space, Vegas’ new community-driven, charity-based arts complex. It is set to be the haven of all arts and artists in Las Vegas and designed to accommodate a wide variety of events including the award-winning Mondays Dark, plays, musicals, intimate concerts, readings, workshops of all kinds, ancillary fundraising events, parties, and photo shoots. The new arts complex features a 3,000-sq. ft. raw performance space, a black box theater, two rehearsal studios, podcast/recording studio, and a vintage piano bar and lounge. For additional information on Mondays Dark, including updates on The Space, programming and charitable events, please visit www.MondaysDark.com or connect via Facebook at www.facebook.com/MondaysDarkLasVegas, Instagram @Mondays Dark or Twitter @Mondays Dark. Mondays Dark is a 501c3 organization. 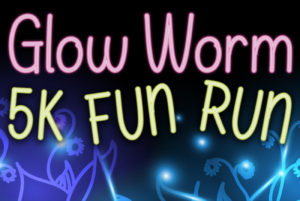 The City of Henderson will shine a little brighter this Father’s Day weekend. The Glow Worm 5K Fun Run is at 9 p.m. on June 17 at Equestrian Park South, 1200 Equestrian Dr. Early registration is $35 per person, with day-of registration $40 per person. Use activity code 643090-58 when registering online or in person at one of the city’s recreation centers.

This is the second year the city has hosted the Glow Worm 5K Fun Run. It is Henderson’s only nighttime fun run and one of several 5Ks that are a part of the city’s fun run series, which includes such popular events as the Color Me Kind 5K and the Zombie Run. All the fun runs are not timed and open to runners and walkers of all ages.

This year’s Glow Worm 5K Fun Run will feature a course along Equestrian Trail, which is a favorite for runners, hikers, and cyclists because it connects to the River Mountains Loop Trail. The route will crisscross and loop around the park. Since the run will take place at night and under the stars, participants are encouraged to wear glow-in-the-dark outfits and accessories.

Run packets may be picked up between 5 p.m. and 7 p.m. on June 15 at Heritage Park Aquatic Complex, 310 S. Racetrack Rd., or from 7:30 p.m. to 9 p.m. the day of the Glow Worm 5K Fun Run at the park. The first 350 registered participants will receive a T-shirt and a glow-in-the-dark bracelet and necklace.

The Glow Worm 5K Fun Run is part of the City of Henderson’s Healthy Henderson initiative. The fitness, health and wellness program rewards members who participate in fitness-related classes, workshops, and events such as the 5K run, or use recreation facilities to work out. Customized membership packages are available for purchase at any of the city’s six recreation centers and Heritage Park Senior Facility.

That’s it for this week,