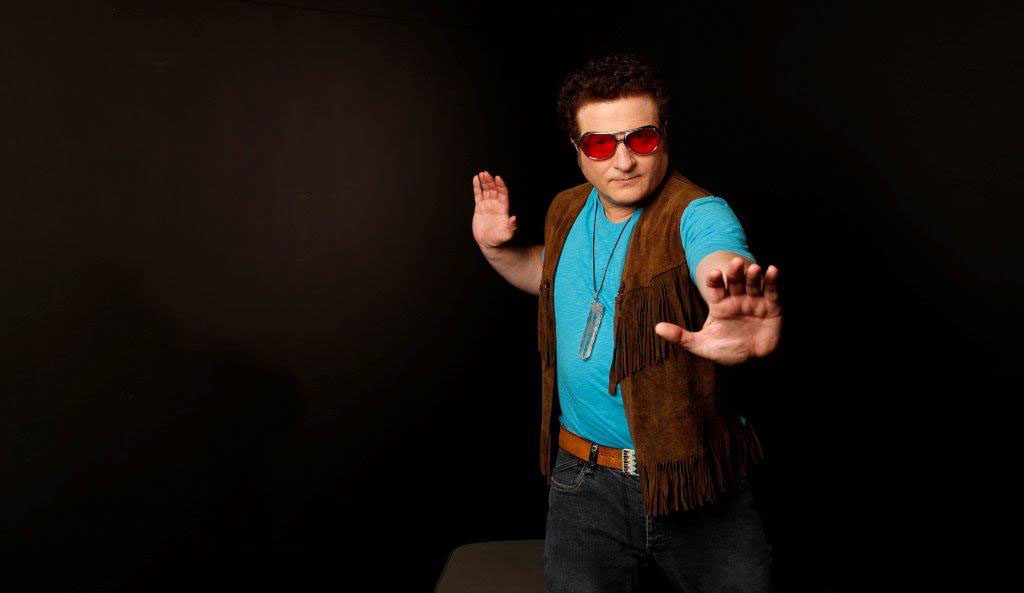 There’s a lot going on at the Laugh Factory inside the New Tropicana Resort, with resident comedian Tommy Savitt, joining fellow resident Rich Little, and the regular top comedians who appear nightly inside the award winning club.  Savitt has taken over the 5:00 p.m. slot.

Savitt’s persona once he hits the stage is as a guru type of person named Tommy Lama, and where he goes with this persona is un-predictable. “It really depends on what I pick up from the audience. I get all kinds of information. You would be surprised what people are thinking while watching me…” Savitt explained.

The show features Tommy performing as Tommy Lama, an over confident Brooklyn tough guy turned life coach. The Lama uses backwards logic to teach his audience how to improve their lives through spirituality, nutrition and alcoholism. In addition to dispensing such pearls of wisdom such as, “Dr. Phil says you shouldn’t drink when you’re pregnant. How are you supposed to get pregnant in the first place?” The Lama leads the audience through a series of interactive exercises including meditation, animal spirit cards, and even communicates with their dead relatives. He helps people in every aspect of their lives, from their love lives, to financial health, and even offers beauty tips

His quitting law school to become a comedian may not be considered the best career choice, but for Tommy, it was the right one. Born in New Jersey and raised in Brooklyn, Tommy’s law background helps him take logic and break it down in order to make people laugh at just about anything. Tommy has been a working comedian for over 15 years. He has been seen on WGN’s The Bob & Tom Show, SI TV’s Funny is Funny, Comcast’s Boston Comedy Festival, National Lampoon, and  Man Up Stand Up on MAVTV.  His CD “Who Wants Me Now!” is one of the top requested comedic segments on satellite radio. One of his comedic thoughts in his Persona as the Lama, “For those who say the glass is half empty, I tell you to break that glass and cut them.”

“They recognize me once they hear my voice”, Savitt says of the multitudes who listen to his clips several times each week on Sirius/XM’s Blue Collar Comedy satellite radio stations. “And they come from all over to be there when I “bless an audience. I am truly blessed.”

Tommy has been recognized in the comedy industry having won the Boston Comedy Festival in 2007, the Seattle Comedy Competition in 2008 and the 2015 Ventura Comedy Festival. He was also honored with Best in Comedy category at the 2009 and 2011 LA Comedy Awards. Savitt has toured the world performing for our troops.  For ticket information call the Laugh Factory box office at 702-739-2411.Tickets range in price from $29.95 to $39.95 plus tax and fees.

Another one of the good guys has left his typewriter and moved on to where all typewriters are Golden Royal portables. Yep, David Lamb fought a great battle but eventually that damn cancer seems to win too many of the 12-rounders.

I first met David when he came to work at the Review Journal in early 1966. If memory serves, I do believe he was just passing through town and had lost most of his money at one of the casinos. He walked in to the office, on Main Street at the time, and asked for a job. Whoever the editor was must of saw some smartness in his smile and the glint in the eyes that said, “You won’t be sorry,” and hired him. Somehow we met at a watering hole where all the local media hung out. I was also new to town, having moved up from Los Angeles to join the staff at the Las Vegas Sun in the sports department.

We became great buddies, and there was no competition as he was a city reporter and I covered sports. We would almost always meet at the watering hole and from there you could find us anywhere. No wonder my marriage didn’t last?

I’m going to tell a little story out of many I could tell, that’ll sorta shows you the trouble we used to get into in those good old days of Vegas. You couldn’t get away today, with what we did in those days!

So, I believe it was Thanksgiving Eve, and I was closing out the sports section, and had been invited to go to the old Desert Inn Hotel to see the second show at 10:00 of Jimmy Durante and Davis and Reese (Pepper Davis and Tony Reese were good buddies). So I invited David to go with me, as my wife at the time, was preparing for a big Turkey dinner the next day. We had great seats in a booth, and we began putting the drinks down as everything was comped. It was a great time to be a media type in Vegas. Someday I’ll tell ya just how great.

So after the show we went backstage, where we met Mr. Durante (what a neat guy he was) and joined Pepper and Tony in their green room (backstage room where the entertainers would have their guest wait for them as they changed clothes and cooled down, and where the booze and food was). So by this time David and I are enjoying the night out. Oh, yeah, David was single and always enjoyed going out on the town. It was the last show (in those days the shows were two every night, with the last one ending around 11:30 p.m.), so Pepper, Tony and Mr. Durante joined everyone for a drink or two.

Around 12:30 a.m. we left and went across the street to play a little 21 at the Silver Slipper casino. I had a credit line at the place. Now you must know we were feeling no pain by the time we edged up to the table. So, to be honest, I got some chips on my credit and split ‘em with David. After a couple of hours we were ahead a couple thousand, and by this time David’s head would drop to the felt table and he would nod off. The pit boss would come over and ask if he was O.K., and I would say yeah he does that all the time. 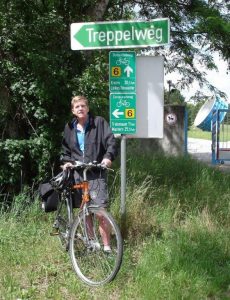 Well, eventually he woke up and the sun was coming up outside. I thought it was time to leave, so as we walked outside into the sun I knew I was in trouble at home. Now you have to know my wife at the time. She put up with a lot of crap from me during those days, but she always knew I would eventually come home. But on holidays she didn’t like it if a screwed things up. And I knew I was going to catch “Hell” when I came through the front door. I also knew I was bombed and had to drive, because Lamb was worse off than I was. So the decision was made he would go home with me and I would blame him for keeping me out.

Somehow I actually made it to the house. We stumbled through the front door and I began throwing hundred dollar bills in the air. One thing I learned early in life is that woman love hundred dollar bills, and my wife was no exception. David hit the sofa and I went to the bedroom. She woke me up around noon, and said: “Don’t you think it’s about time you drove your friend home?”

I agreed. I woke him up and we both asked for some aspirins. She handed both of us some coffee and the required pills. It took me about 30 minutes to be ready to drive him home. As I walked out the front door I expected to find the car at the curb or driveway. Nope I sorta missed the mark. It was on the lawn facing the front door by inches.

The end to the story was and is simple to tell? I had won about $5,000 and David had won about $1,000. He had no recollection of making any bets. Well, he was passed out most of the time, and I was betting for him. We laughed about that story the last time he was in town. 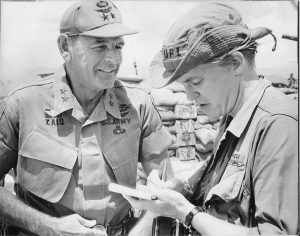 Oh, yes, David Lamb went on to cover the Vietnam War as a correspondent for United Press International (UPI) wire service in 1968, and was a terrific reporter as he wanted to be right there where and when it happened. He jumped on a nickname some GIs were calling a certain hill and made it his lead for the next dispatch. “It sorta juiced up the story a little,” he later said. The battle that he reported on and used for the first time as its name was the “battle for Hamburger Hill!”

Image: David Lamb, right, interviewing Army Maj. Gen. Melvin Zais during the Vietnam War. Lamb went on to join the Los Angeles Times in 1970, and traveled the world on assignments. David won all kinds of recognition for his writings and for his humanistic values.  He wrote a number of books beginning with his first, “The Africans” in 1983, “The Arabs” in 1987, two travelogues, including his book “Over the Hills” in 1996, about when he rode a bicycle across America, a 3,100-mile solo bike ride. Stolen Season: A Journey Through America and Baseball’s Minor Leagues, A Sense of Place: Listening to Americans, and Vietnam, Now: A Reporter Returns. He finally settled down when he met his future wife, Sandy Northrop, a documentary filmmaker. They were married in 1977. He retired from the Times in 2004.

Jim Seagrave and I had dinner with him last year at the Top of the Mint Hotel downtown. It was one of our favorite watering holes.  We had a great time telling stories of how we used to get in trouble, and the cops would drive us home sometimes when they saw we were too damn drunk to drive ourselves. Those were the days my friends, those were the days!! David had that huge smile on his great face as we rode the elevator down to the casino. We hugged, as Jim and I had been told that he was fighting cancer. We promised to get together again soon.

David Lamb was a credit to his profession.  He was also a fun guy who I think was born with the greatest smile and those beautiful blue eyes that always had a glint of fun and kindness.  It’s hard to lose a friend of more than 50 years, even though we didn’t see much of each other. He lived life to the fullest and left this earth as a good man! Farewell and may you find another “Hamburger Hill” in the Golden Press Room.  Born on March 5, 1940, in Boston, escaped earth on June 5, 2016 from a hospital in Alexandria, Virginia. He was 76.

Well, gang, that’s it for this week. Damn, I’m getting tired of writing about friends.