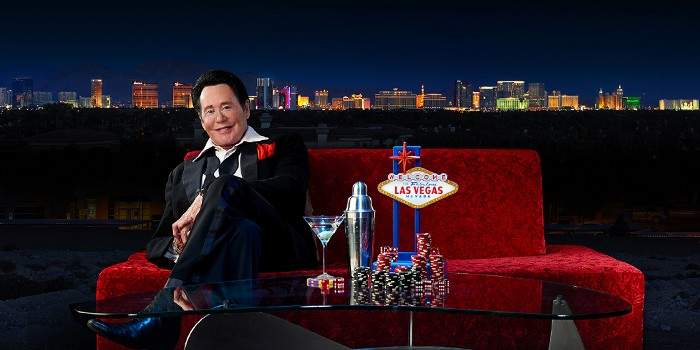 Got an invitation to attend a new show at Bally’s on the Las Vegas Strip last week. The entertainer was not new to me, nor was he new to the Strip. It was from my friend of more than 45 years, Mr. Wayne Newton and the show is, “Up Close and Personal.”  What has brought this legendary entertainer back to a Las Vegas stage? After all at 74 Newton has had it all. I can tell you only what I think—He loves the stage, people, and he needs that feeling only an audience’s applause can deliver (like one of his personal icons, Al Jolson did).

Wayne has owned the Strip for more years than even he wants to remember, having started his Las Vegas career at the Fremont Hotel, downtown, when he was a teenager, with his brother Jerry, and moving to the Flamingo Hotel for his first Strip appearance in the mid-sixties.

I have to tell you also, gang, that this is not one of those 2 ½ hour shows he used to do at the Frontier Hotel, or the Howard Hughes hotels on the Strip, nor is it like his late shows at the old Hilton Hotel.  But it is the “Midnight Idol,” doing what he always has done: “delivering a great show to his audience.”

This particular performance had a special guest, Neal McCoy, a well-known country singer who joined with Newton when he did USO tours for the troops overseas. The premise of the show is simple: talk about his career of more than 60 years, show film clips of the many celebrities he has met over that span of time, tell how important certain people were to his climb up the ladder to success, and sing a couple of songs. There are important clips of him with Jackie Gleason, Dean Martin, and an interesting story on how Bobby Darin and he became friends, and what Darin did to give him the song, “Danke Schoen.”

There was a special clip that was rather important to this writer, and that is how Wayne and Robert Goulet would tease each other on stage during a performance. In the good “Old” days headliners did two-shows a night, six-nights a week. And to break up the tedium, various entertainers would sneak on the others stage and do something crazy behind the stars back, without the star knowing it. It was a crazy, wonderful world during those times. But, you can get a bit closer to it when you attend Newton’s new show.

There are so many stories that time just flew by, and before you knew it he was singing his closing song. He’s the complete entertainer he’s always been. You can’t see a better show on the Strip, believe me! 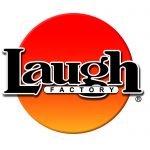 Scolaro is an actor, writer and stand-up comedian. Brian has performed stand-up on his own half-hour special, “Comedy Central Presents: Brian Scolaro,” as well as on “The Late Late Show with Craig Ferguson,” “Late Night with Conan O’Brien,” Comedy Central’s “Live at Gotham,” and ABC’s “Comics Unleashed.” He is best known for playing Doug on TBS’s hit series “Sullivan & Son,” Stuart on Fox’s “Stacked,” and Gordon on NBC’s “Three Sisters.” He has also appeared on Showtime’s “Dexter,” AMC’s “Mad Men,” ABC’s “Grey’s Anatomy,” NBC’s “Harry’s Law,” TNT’s “Men of a Certain Age,” Disney’s “Wizards of Waverly Place,” Bob Odenkirk’s film “The Brother’s Solomon” and numerous appearances on HBO’s “Life and Times of Tim,” as well as many other programs and films.

Bill Kalmeson has charted a creative journey that has spanned a variety of disciplines. Prior to his feature debut as a writer-director Bill worked steadily as a stand-up comedian and actor. After cutting his teeth in the N.Y.C. and Los Angeles club scenes Kalmeson headlined regularly in comedy clubs all across the country. He studied acting in N.Y. with theater icon, Stella Adler and Jack Garfein. As an actor he appeared in numerous productions on the New York Stage. Most memorable for Bill was when he appeared opposite comedy legend and mentor, Milton Berle, in the short lived Goodnight, Grandpa.  Upon his arrival on the west coast Bill guest starred in a wide spectrum of episodic TV shows which include Cold Case, Six Feet Under, E.R., 24, L.A. Law, Married with Children, Thirty Something and Matlock to name a few. He also appeared in the feature films, Argo, Lethal Weapon, The Rhunestone, Loverboy and in his own movie, The Souler Opposite. which he wrote and directed and was acquired by Warner Bros.

Alli Breen is a stand-up comic who splits her time between NY and LA. You’ve heard her on Sirius XM, Artie Lange’s podcast, and the Bob and Tom show, and seen her on Kate Flannery’s “Stand Up in Stilettos,” ASX’s “Gotham Live,” Fox’s “Laughs,” and “Comics Unleashed,” with Byron Allen. In 2011 she won the Laughing Stock Comedy Festival in Salt Lake City, UT, was one of the “New Faces” in the Just for Laughs Comedy Festival in Montreal in 2013.

While on the subject of the Laugh Factory, comedian in residence Rich Little has signed on for another extension. Due to an overwhelming response, the legendary comedian and impersonator has announced that his hilarious one-man show “Rich Little Live!” has been extended through January 2017. featuring a compilation of impersonations, sketches and interactive video, Rich Little Live! highlights the actors, musicians, politicians and personalities he has worked with throughout his more than 50 years in entertainment, spanning from his television career in Canada to his first United States appearances to the legendary “Dean Martin Roasts” to the present day.

“I’m elated to once again extend my one-man show Rich Little Live! at the New Tropicana Las Vegas,” said Little. “My career has been quite the journey that has taken me around the world and given me the opportunity to work with Presidents, musicians and some of Hollywood’s most legendary stars. It’s been such a thrill for me to re-live some of my favorite stories from the past 50 years and I look forward to continued success on the Las Vegas Strip.”

“When it comes to Las Vegas entertainment, Rich Little is king,” said Jamie Masada, Laugh Factory CEO. “We are proud to announce that the world-famous Laugh Factory will be extending Rich Little’s engagement for another year!  His brilliant impressions and comedy have entertained millions of people and inspired so many of our young comedians today.”

“We are thrilled to have Rich Little as part of the Tropicana Las Vegas family and excited about the continued partnership and extended engagement, as I know our guests will be too,” said Tropicana Las Vegas’ Vice President of Daylife & Nightlife, Howard Weiss.

Rich Little Live! is performed Saturday-Sunday and Tuesday-Thursday (dark Mondays and Fridays) inside the renowned Laugh Factory, located on the mezzanine level of the Paradise Tower. All shows begin at 7:00 p.m. Tickets are $39.95 for General Admission, $49.95 for a VIP Table and $59.95 for Golden Circle and VIP booths (plus applicable taxes and service fees), and can be purchased in-person at the Tropicana Las Vegas Show Tickets desk, online at www.troplv.com or by phone at 800-829-90.

Well, gang, that’s about it for another week. Please go and see Mr. Wayne Newton, you will not be sorry, I promise you.