Make-A-Wish® Southern Nevada recently teamed up with Cityneon Holdings’ Marvel Avengers S.T.A.T.I.O.N. inside Treasure Island Las Vegas to surprise a local wish teen and his family with a dream vacation to the theme park capital of the world.

Sixteen-year-old Erick, a high school junior who goes by his middle name of Josh, wished for a trip to Orlando, Florida. At the Marvel Avengers S.T.A.T.I.O.N. inside Treasure Island, the family was met with a surprise celebration at which Josh’s dream of being immersed in a universe of Super Heroes was revealed.

“They say it takes a village to raise a child, but we here at Make-A-Wish Southern Nevada believe it takes a community to grant a wish, said Scott Rosenzweig, President & CEO of Make-A-Wish Southern Nevada. “We couldn’t grant wishes like Erick’s without community partners such as Cityneon. We’re grateful for their partnership and can’t wait to see the pictures from Erick’s wish trip to Orlando, Florida.”

“Making a positive impact in the Southern Nevada community by helping those faced with challenges to find their strength is a top priority for our team,” said Zoe Tan, Head of Business Development and General Manager of Victory Hill Exhibitions, Cityneon Holdings. “Working alongside Make-A-Wish Southern Nevada to make Josh’s wish come to life was truly incredible and we hope to continue this partnership and create unique memories for many more families.”

For the theme park trip, Josh and his family stayed at Give Kids the World Village, a Florida nonprofit resort that provides no-cost lodging to children with serious conditions and their families. The family  spent the next week exploring Orlando’s multiple theme parks, including Walt Disney World, featuring the new Guardians of the Galaxy: Cosmic Rewind attraction at EPCOT, and Universal Studios.

As a Super Hero fan, Josh was excited to experience the numerous Marvel-related attractions at Universal Studios, including Marvel Superhero Island® in Universal’s Islands of Adventure. Josh identifies especially with Iron Man, the Super Hero known for having a repaired heart. Diagnosed at birth with congenital heart disease, Josh was an infant when he had his very first heart surgery. At just 3 years of age, he underwent another surgery, after which Josh went into kidney failure and has been on dialysis and oxygen ever since. Like Iron Man, Josh lives heroically with his condition and has remained positive despite the numerous medical challenges he faces on a daily basis.

Josh loved sharing his theme park experience with his family, who has given him the support, care, and encouragement he needs throughout his medical journey. The memories of a special trip to Walt Disney World and Universal Studios will help provide the Las Vegas teen the strength to continue to battle congenital heart disease and kidney failure.

“Hiring Luke (Lambert) was the right choice for us when it came to finding a crew chief for Noah (Gragson),” said Joey Cohen, Petty GMS Director of Competition and Engineering. “The chemistry and success they have had this year in the Xfinity Series is one that can’t be replicated, and we know with the right resources and tools, that success can carry over to the Cup Series next year. Luke brings a great deal of knowledge from his previous years in the Cup Series and knowledge of Noah. With both Luke and Dave (Elenz) next year, Noah and Erik (Jones) and the relationships they’ve already built, I know we’re giving them the best chance for success next season and the ability to continue to elevate Petty GMS.”

Lambert and Gragson are in their first season together at JR Motorsports (JRM) and have amassed a total of eight wins, including four in a row to tie Sam Ard for most consecutive NASCAR Xfinity Series wins, a record Ard set in 1983. The duo is currently competing for the 2022 NXS championship and with their most recent win at Homestead-Miami Speedway, the pair locked themselves in to the Championship 4 and will compete for the title at Phoenix Raceway on November 5, 2022.

“I’m looking forward to continuing this journey with Noah,” said Lambert. “This year has been fun and rewarding, and I’ve enjoyed every minute of it. When I joined JRM, it was because I believed in the organization and knew I’d have the opportunity to compete for race wins and a chance at the championship, and that’s exactly where we are right now. I see the same opportunity with Petty GMS. They’ve shown great growth this season and were able to get the team’s first win. With Dave and Erik, along with what Noah and I bring to the table, I think we’ll continue to see that success and contend for race wins next season.”

Lambert, a native of Mount Airy, N.C., started his NASCAR career as a race engineer at Richard Childress Racing (RCR) after graduating from NC State. With time at RCR and Roush Fenway Keselowski Racing, Lambert spent a combined 11 years in the Cup Series and NXS before joining JRM for the 2022 season with Gragson. In 10 seasons atop the pit box in the Cup Series, Lambert qualified for the playoffs three times, including a runner-up result in the standings in 2014 with driver Ryan Newman. Overall, Lambert has amassed a total of, 26 top-fives, 86 top-10s and one victory, coming with Newman in 2017. To accompany Lambert’s success in the Cup Series, the veteran crew chief has earned 12 wins (four with Elliott Sadler, eight with Gragson), 34 top-five finishes and 48 top-10 finishes in just two seasons at the helm in the NXS. In 2012, Lambert led Sadler to a second-place finish in the NXS point standings. 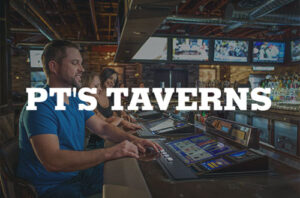 As part of the celebration, PT’s Taverns will also offer $1 pints of Bud Light during happy hour, with a limit of two per guest per happy hour. Happy hours are 5 to 7 p.m. and midnight to 2 a.m. daily.

The official celebration will take place at the newest PT’s Gold, located at 7770 W Ann Road, at 7 p.m. on Thursday, Nov. 3. Guests at any PT’s can join the toast to 40 years and receive a complimentary Bud Light. In addition, the first 40 attendees after 7 p.m. at each location will receive a 40th anniversary shirt to commemorate the event. New members that sign up for a True Rewards card during the month of November and earn 20 base points will receive $10 in free play.

Participating PT’s locations throughout the Las Vegas Valley will offer month-long drink specials including domestic pitchers of Bud Light, Michelob Ultra or Miller Light, priced at $11 each; import and craft pitchers of Modelo Especial, Stella Artois, Blue Moon and Heineken are also available, priced at $13 each. Guests can receive $2 off Grey Goose bloody Mary’s and pours of Bombay Sapphire gin. 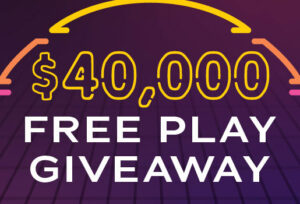 PT’s Taverns will offer a Turkey Day Hoagie special throughout the month. The holiday inspired sandwich is made with roasted turkey breast, shaved Black Forest ham, cornbread stuffing, melted provolone and cranberry mayo on a toasted Turano hoagie roll served with a side of sweet potato fries, priced at $16. This deal is available exclusively at Sierra Gold and SG Bar locations to dine-in guests starting Tuesday, Nov. 1, while supplies last.

Recently awarded “All-Time Best of Vegas” by Las Vegas Weekly for its happy hour, PT’s offers daily drink specials, available at all taverns from 5 to 7 p.m. and midnight to 2 a.m. Specials include a 50% discount on wines by the glass, premium spirits and all craft and import beer, including craft brews and guest favorites like Michelob Ultra and Blue Moon.

Come out and see this new show called, Frankie & Jonny! The show will take place at Sun City MacDonald Ranch on Wednesday, November 2nd at 7:oo p.m. You’ll hear hit songs by Frankie Valli, The Righteous Brothers, The Everly Brothers and much more! Tickets available at the Clubhouse or by contacting directly. (725) 232-7182. Tickets are only $15!

Well, gang, that’s about it for this week… Stay safe out there.