I can remember when Andrew “Dice” Clay made his Las Vegas debut at the old original MGM Hotel Casino (now Bally’s). It was wild. The ladies went nuts. And was he hot? You bet he was. And, he’s still just as hot! The one thing he’s most proud of is the fact that he is considered to be America’s most controversial and most outrageous comic of all time! And, it’s that persona that has made Clay “The Undisputed Heavy Weight King of Comedy.”

Dice fans now have an opportunity, once again, to see this indestructible comedian live as he takes the stage at the Laugh Factory Showroom inside the All New Tropicana Hotel Las Vegas beginning this Friday, (Dec.11-13). This is part of a three weekend package (Jan.1-4 and January 21-23) with a special 10:00 p.m. show time. Tickets are on sale now at www.troplv.com.

“I offered Andrew Dice Clay a Lifetime contract to perform at the Laugh Factory Las Vegas,” Jamie Masada, Laugh Factory CEO said, upon signing the contract with Clay. “And having operated as a businessman for 35 years I know his value, believe me. But, he would only commit to these dates.  Our Las Vegas customers are going to love it! “

Dice’s rise to fame was meteoric, which ended up being called, “Dicemania.” He was the first and only comedian to sell out over three hundred sports arenas across the country to an audience of more than twelve million people. He was also the first comedian to sell out Madison Square Garden two nights in a row. In 1992, Dice performed in front of the largest audience ever by a comedian when he shared the stage with Guns & Roses at the Rose Bowl.

Andrew also released his best-selling DVDs (No Apologies, Dice Rules!), along with a string of multi-gold and platinum selling CDs (Day The Laughter Died; Filth and Face Down, Ass Up), and he has been profiled everywhere from Entertainment Tonight to Nightline.

In 2009, he appeared on Celebrity Apprentice where he proudly admits he was thrown off the show first. In 2016, the Dice Man will star in a scripted comedy series on Showtime that will be very loosely based on the actor-comedian’s own life titled, “DICE.”

Donned in full Santa suits, 5K runners and Kris Kringle Jingle walkers were treated to an energetic performance by Las Vegas Strip headliners Jabbawockeez, along with a tribute to Elvis Presley’s greatest hits from Opportunity Village’s dance troupe the OV Elvi, and percussion line, Roaring Thunder. Additionally, Travis Cloer, “Frankie Valli” in the Paris Hotel’s Jersey Boys serenaded the crowd with a rendition of “Sleigh Ride,” and showgirl/entertainer, Gabriella Versace from SEXXY got everyone in a jolly spirit with “Run Run Rudolph.”

Following a high-energy Zumba warm up, the cast of Jersey Boys Las Vegas, The Chippendales and the Spring Valley High School Marching Band led the crowd to the start line for the 5K and one-mile Kris Kringle Jingle walk. After a traditional countdown and confetti showers, thousands of Santa’s were off as they made their way through Downtown Las Vegas.

Celebrations commenced after the race as runners and walkers were given commemorative medals and participants gathered at The Park on Fremont for post-race festivities. Additionally, Fremont Street Experience and SlotZilla, Downtown Las Vegas’ towering Zipline attraction, donated 100 percent of proceeds from Saturday’s flights to Opportunity Village.

The Las Vegas Great Santa Run is Opportunity Village’s largest annual fundraiser and to date, has raised millions of dollars toward the charity’s support of nearly 3,000 individuals with intellectual disabilities in the Las Vegas Valley. For more information, visit www.LasVegasSantaRun.org. 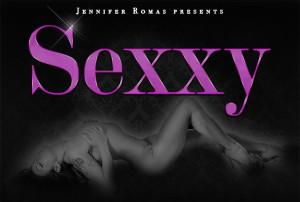 Just a quick little reminder that Jennifer Romas and her Westgate Hotel hit revue, SEXXY, will be performing a very special one night only show at the world famous, “House of Blues” venue, located inside the Mandalay Bay Resort on the Las Vegas Strip this Friday. This is a big and exciting revue that has received top-notch reviews from critics across the country, including this reporter. Romas, who produced and stars in the revue, along with her exotic dancers, will be returning to the Westgate Hotel following this special, at the regular 7:00 p.m. show time. Tickets for Sexxy are available at the House of Blues box office (702-632-7666), or online at www.concerts.livenation.com  or www.houseofblues.com.  Must be 18-years of age to attend show.  To learn more about Sexxy the Show, visit www.sexxyshow.com.

The Emmy Award-winning Beatles tribute band, The Fab Four – The Ultimate Tribute, will bring the Beatles’ timeless hits to the Suncoast Showroom Dec. 26-27. The California-based group was founded in 1997 and performs for Beatles aficionados around the world. The group’s performances have taken them far and wide, with trips to Japan, Australia, France, Hong Kong, U. K., Germany, Mexico and Brazil. The Fab Four’s note-for-note renditions of Beatles’ songs are so precise that audiences think they are watching the real thing. In addition to replicating the Beatles’ sound, the group goes above and beyond to look the part. The right-handed musician who portrays Paul McCartney learned how to play bass left-handed to honor the legend’s talents. This extreme attention to detail is what sets The Fab Four apart, making them one of the leading Beatles tribute bands in the country.

The Fab Four’s stage performance include hits such as “Can’t Buy Me Love,” Yesterday,” “A Day In The Life,” “Twist and Shout,” “Here Comes The Sun” and “Hey Jude.”  The performance also includes three costume changes to embody every era of the Beatles ever-changing career.
The show begins at 7:30 p.m. each night. Tickets start at $30.28 plus taxes and fees and can be purchased at any Boyd Gaming box office by calling 702.284.7777 0r  www.suncoastcasino.com.

Well, gang, that’s about all the news for this week. Looking forward to a day with my favorite guy, Santa!