As the sands of time fly quickly by and life goes on, there are times in a person’s life to pause, take a huge breath and relive, if even for a few brief shining moments, highlights of what dramatic life experiences were part of last week’s history-making iconic 50th annual BFGoodrich Tires SCORE Baja 1000.

During my 14 years of racing off-road (from 1968 to 1982), competing in all the Baja races was without question a highlight of my off-road experiences. I have a first-place trophy from the San Felipe 250 (substitute driver at last moment) and a third-place trophy from the Baja 1000 during my years of travelling south three times a year to compete. The following information was furnished to me by SCORE.

The first green flag dropped at 12:01 a.m. PT on Thursday (Nov. 15) in Ensenada and the last checkered flag was waived at 1:43:30 p.m. PT on (Saturday, Nov. 18) in La Paz.  The legend-making, survivor-laced, did-not-finish-strewn course which traveled by and through such notable Baja California peninsula areas, towns and cities as Ojos Negros, San Felipe, Coco’s Corner, Bahia de Los Angeles, Vizcaino, San Ignacio, and Loreto before finishing in La Paz.

History will forever remember Mexico’s son/father team of Carlos ‘Apdaly’ Lopez and Juan C. Lopez, both of Tecate, as the 4-wheel, overall and SCORE Trophy Truck race champions. Guatemala’s Francisco Arredondo and his team will be eternally recalled as the overall motorcycle and Pro Moto Unlimited race ‘ganadors’ in the golden anniversary race.

There were 405 total starters and 238 official finishers (58.77 percent) racing in Pro and Sportsman classes for cars, trucks, UTVs, motorcycles and quads. Racers came from 44 U.S. States, the District of Columbia, two U.S. Territories and 27 countries in the elapsed-time race over the rugged 1,134.40-mile course. With a 48-hour time limit to become an official finisher.  Included in the 405 official starters in the elapsed-time race were 300 cars/trucks/utvs and 105 motorcycles/quads. The total number of entries was the third-most in the 50-year history of the SCORE Baja 1000 and the second-most in the 21 years it has finished in La Paz. It was also the most number of finishers in the storied 50-year history of the Granddaddy of all Desert Races.

Early race leaders who did not finish the memorable race like former champions B.J. Baldwin, Andy McMillin and Rob MacCachren, all retired from the race after various engine issues. Afterwards, MacCachren, who was going for his record fourth-straight overall win, summed up their feelings, saying, “Baja showed us today who was boss. But, we will all continue to plan, practice and come back to tame the beast”.

This year’s race commemorated the achievements of legendary desert racers like Rod Hall. Hall, who turns 80 on Nov. 22, won Stock Full in the Rod Hall Racing Hummer H1 Alpha. Hall now has a race record 25 class wins (including one overall win in 1969) and he is the only racer who has competed in all 50 Baja 1000 races.  Helping Hall, of Reno, Nev. reach another milestone in his illustrious career were his son Chad Hall, Reno, Nev., who now has 11 class wins and motorsports executive Frank DeAngelo, Greenville, S.C. Hall was diagnosed December of 2015 with Parkinson’s disease.

At the finish line, Hall commented, “There aren’t a lot of racers in this class, but it only takes two guys to have a good race. We’ve had a good race all day and half the night. Hopefully this is my last one and I think that every good time eventually ends. I’m going to be 80 years old and I’m worn out. I’m not quite like the Hummer that you can put new tires on and be ready to roll. It has been a good run and the best part of Baja is the people down here. It is important to me for my last race to have a win in the BFGoodrich Tires SCORE Baja 1000”.

After finishing second each of the last two years in the extreme Pro Ironman motorcycle class for solo riders, Jeff Benrud won gold by defeating a group of 19 rugged warriors who were attempting to ride the course solo. Benrud of Raeford, N.C., covered the 1,134.40-mile course in 30:37:13. Only six of the 19 starters finished the race.  Coincidently, overall and SCORE Trophy Truck winner Lopez had also finished second each of the last two years before finishing on top of the podium this year.

Like I said in an earlier column, if I hadn’t lost my passport I probably would’ve been in Mexico, as I had been invited to be there by the owner of SCORE. Unfortunately, I was in a hospital here in Las Vegas from Nov. 14 through the 18th. That experience at the Summerlin Hospital will be a subject of a future column. 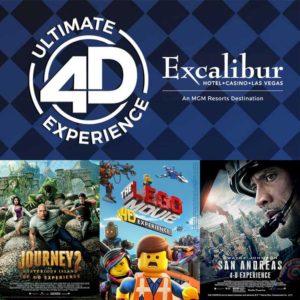 Excalibur Hotel & Casino’s high-tech “Ultimate 4-D Experience®” adds to its exciting family-friendly, blockbuster entertainment mix with the special showcase of THE POLAR EXPRESS™ 4-D Experience® for the holidays, beginning this Friday, Nov.  24 through Tuesday, Jan. 2.  The immersive nature of the 4-D Experience® attraction is heightened by incorporating the latest technologies such as in theater and in-seat effects to create the optimum cinematic experience putting guests right in the middle of the action.

This reporter had an opportunity to experience this 4D presentations: sitting through an earthquake as the hero, Dwayne Johnson, pilots a helicopter to rescue his daughter; and the Lego presentation. Be prepared to be shaken in your seat, sprayed by a mist of water, and a few other surprises as you watch the movies. It’s a fun experience.

The Ultimate 4-D Experience® also features the San Andreas Journey 2; the Mysterious Island, and The Lego experiences all in 4D. The Experience is open daily from 10 a.m. – 10 p.m. Each blockbuster 4-D Experience® is approximately 15 minutes and shows run every 20 minutes. Guests can see one show for $9.99, two shows for $12.99 or three shows for $14.99. Tickets are available at the Excalibur Box Office and at the theater.  The Experience® is in the popular Fun Dungeon and features a dynamic theme park quality queue experience complete with cinematic lighting and music to build excitement for each film. 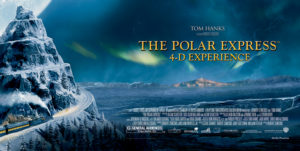 Here is a short preview of what you will be seeing: THE POLAR EXPRESS™ 4-D Experience®:  Guests are invited on an extraordinary adventure to the North Pole this holiday season on THE POLAR EXPRESS™ with the SimEx-Iwerks 4-D Version of the holiday classic!   San Andreas 4-D Experience®:  A heart-racing, non-stop adventure that follows a rescue-chopper pilot on a dangerous journey to rescue his daughter after a massive earthquake in California.   Journey 2: The Mysterious Island – The 4-D Experience®:  The show features an all-star cast in a one-of-a-kind adventure through an elusive island.  The LEGO® Movie™ 4-D Experience®:  Set after the events of the blockbuster movie, Emmet and his Master Builder friends find themselves entangled in an Evil Secret Plot led by scheming villain named Risky Business.

The Arthritis Foundation has announced its honorees for the 2017 “Jingle Bell Run / Walk” annual fundraiser.  Kelly Clinton Holmes, popular Las Vegas entertainer and community leader, has been named Adult Honoree, Dr. Fahreen Rasool, whose focus at Southwest Medical is on arthritis, osteoporosis, juvenile arthritis, and other autoimmune diseases has been named Medical Honoree, and Ellie Bennett, age 15, has been named the Youth Honoree, it was announced by Catharine Rinehart, the Arthritis Foundation’s Director of Development for Southern Nevada. 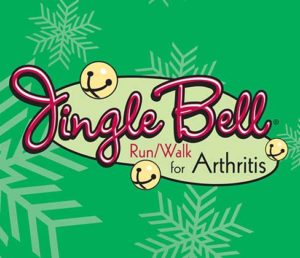 “Kelly Clinton-Holmes has rheumatoid arthritis, a lifelong condition that causes one’s joints to swell and hurt, and 15-year-old Ellie Bennett has ankaylosing spondylitis which primarily affects the spine and back, proving that arthritis is not just an old person’s disease,” said Rinehart.  For their part, Kelly Clinton Holmes, Dr. Fahreen Rasool, and young Ellie Bennet are proud to be honored.

“Arthritis is such a difficult disease to manage and we must work to find a cure,” said Kelly Clinton Holmes.  “I am dedicated to helping the Arthritis Foundation find a cure and I am, indeed, honored to be chosen as the Adult Honoree for the 2017 “Jingle Bell Run / Walk.”  I look forward to seeing all the festive participants again this year.”  Ellie Bennett agrees and said this honor is very meaningful to her because she wants everyone to know that arthritis is not just something one gets when they are older.  “Arthritis changes your life,” said Ellie, who needs to attend a 504-high school for students with disabilities.  “I am fortunate to have understanding teachers and friends,” she added.

On December 9th, more than 1200 people will be running, walking, or just enjoying the many other activities at the annual “Jingle Bell Run / Walk” at Tivoli Village, 440 S. Rampart.  This festive annual fundraiser aims to fight and cure arthritis, the nation’s leading cause of disability.  The annual holiday-themed event will begin with registration at 6:30 a.m. and starting time at 8:00 a.m. and will host runners and walkers alike donning their most dazzling holiday apparel – everything from bells on shoelaces to full holiday regalia.

This 5K/10K/ and 1k ‘fun run’ will be entertaining for the whole family and pets are welcome too.  Taking place in more than 100 cities across the country during the end-of-year holiday season, the “Jingle Bell Run / Walk” for arthritis raises funds to support the Arthritis Foundation’s life-changing tools, resources, science, and advocacy initiatives.  The Foundation strives to help people live better while searching for a cure to the number one cause of disability in the United States, which affects more than 50 million Americans, or roughly one in five adults.  There are more than 100 different types of arthritis that can seriously affect joints, muscles, internal organs, and the eyes of people of all ages. There are currently more than 300,000 children living with some form of arthritis in the United States.

“Arthritis steals everyday joys and long-term dreams,” said Catharine Rinehart.  “It isolates and ostracizes.  It diminishes quality of life and fills days with having to say ‘no’ to too many things.  It doesn’t have to be this way if we can keep research and resources continuing through our work with the Arthritis Foundation.”

Well, gang, that’s it for this week. I’m at home recovering from my hospital stay. On a personal note Thank God, I’m still here to enjoy another Thanksgiving with my friends and family. At 84 years young I’m grateful for every day I am blessed to live in a great country like America, especially Nevada and Las Vegas. I send each of you a wish for a Happy and Gut Filling Thanksgiving gathering with your friends and family. I’m going to one of my oldest friend’s house, Brenda Weems, for our annual gathering.