Spent most of yesterday (Wednesday) at one of the best places in the Valley (for me at least), smelling the air filled with hot rubber, high octane gasoline, and the roar of 850 horsepower plus engines being driven on 1.5 miles of asphalt pavement by the “Boys of Summer,” the men of NASCAR, at the Las Vegas Motor Speedway.

More than a dozen NASCAR drivers including Monster Energy NASCAR Cup Series Champions Brad Keselowski and Kurt Busch, along with Darrel “Bubba Wallace, Jr.”, Kyle Larson, Ryan Newman, Erick Jones, and Kasey Kahne to name a few, spent the day knocking the rust off from a couple of months away from NASCAR, and helping their teams collect crucial data at the oval. The day-long session was the first of two test sessions at LVMS in advance of the 2018 NASCAR season, which begins with the Daytona 500 on Sunday, Feb. 18 and makes its first of two LVMS stops on March 4.

Larson, in the afternoon session driving his #42 new Chevrolet Camaro (new car this year), and William Byron, driving his Camaro in the first morning session, clocked the fastest laps during the first day of NASCAR testing yesterday. Larson finished atop the speed chart with a lap of 28.662 seconds at 188.403 miles per hour, while Byron was second at 28.678 and 188.298.

“It was a really good test overall, and I was pretty excited to get here and get in the new Camaro,” said Larson, who was testing the re-designed Chevy Camaro ZL1 for the first time. “These were my first laps in it, so it’s just nice to know it has as much speed or more than what we had last year. We’ll work on it some more tomorrow and maybe see if we can find some traffic to get in to see if it handles any different.”

Las Vegas native Busch, driving the #41 Ford this year, met with the media during the lunch break on Wednesday to talk about being back behind the wheel. He’s optimistic about the 2018 season and excited about LVMS having two tripleheader weekends this year. He also admitted that his home track has not been an advantage for him.  “It seems that I always struggle when I race here,” he smiled, as he relaxed to discuss the coming season. “It kind’a feels like the first day of school, and I’m excited to be back at my home track,” said Busch, the defending Daytona 500 champion. “It’s huge for our track here in Las Vegas to kick off NASCAR’s Playoffs. I think it’ll be really exciting for our sport to kick it off on a stage like Las Vegas.”

Busch was also asked his thoughts on attempting to become the first NASCAR driver to repeat as a Daytona 500 champion since Sterling Marlin won two in a row from 1994-95. “I’m definitely feeling the pressure for Daytona, and my family and friends have been asking me if I’m feeling more or less pressure,” Busch said. “I feel more (pressure), but I’m looking forward to getting back there. I’ve got a great new crew chief in Billy Scott, and we both want to do the repeat, since it hasn’t been done since the early ‘90s. That just gives us extra motivation to go there and win.”

LVMS’ first 2018 tripleheader weekend will consist of Stratosphere Qualifying and a NASCAR Camping World Truck Series race on Friday, March 2, the Boyd Gaming 300 NASCAR Xfinity Series race on Saturday, March 3, and the Pennzoil 400 presented by Jiffy Lube on Sunday, March 4. LVMS will be the first track in history with two NASCAR tripleheader weekends in the same year when it hosts a second trifecta Sept. 14-16.

For Keselowski, coming back to LVMS is always a thrill considering he’s a two-time winner (2016, 2014) of the Monster Energy NASCAR Cup Series race in Las Vegas. “It’s a fun track to come to, and I always like coming to tracks where we win at,” Brad said, who also won the NASCAR Xfinity Series’ Boyd Gaming 300 at LVMS in 2014. “I’ve won here twice at the Cup level, and we probably should have won this race last Spring, but we had a part failure on the next-to-last lap while leading. Now that we’ve got two races here, it seems to justify us coming here and putting in a little extra effort especially with Vegas having such an important effect on the back half of the season.

Brad also commented on the Playoffs being held here in September. “I’ve been here in September, and it’s blazing hot. A lot of the drivers have never raced here in the summer when the heat can get to you. It’ll be interesting to watch how they handle the heat, the track, their tires, and the heat.” The Champion driver drove here in a couple truck races and remembers well what it felt like.

Race fans can lock in their tickets to both LVMS tripleheaders and capitalize on discounted prices for buying annual passes for all six NASCAR races. The track’s 2018 six-pack of events will show off a number of enhancements the track has planned for the coming months as well. Fans can log on to LVMS.com or call 800-644-4444 to order tickets for any LVMS events.

The goal of the open forum will be to hear from the club’s most passionate fans on what they want a Lights FC match day to feel, look and sound like in the Supporters Section. With the goal of having Cashman Field rocking on match day, the club wants to hear from fans on how to potentially assist in those efforts. “Lights FC is committed to creating the most unique fan experience in Las Vegas,” Lashbrook said. “We want our fans to have the ability to sing, dance, march, cheer, drum and jump around as much as they want – but we want to hear from them directly on how best to create this experience with a ‘Vegas twist.‘ Simply put, we are committed to filling Cashman Field with the sights & sounds similar to those found every week in soccer stadiums around the world.” 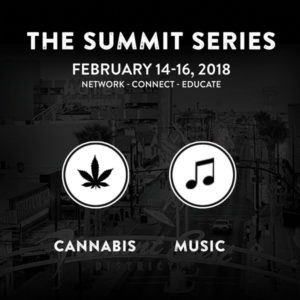 The annual Vegas Summit Series combines the music and cannabis industry into a full three-day event of education, entertainment, and elevation. The Vegas Summit Series will be returning to Downtown Las Vegas from Feb. 14 – 16 and will cover a diverse range of topics from regulation and the continued transition of the legal cannabis market to music industry experts sharing their insight for aspiring musicians and industry leaders. The Series provides an opportunity for individuals such as executives, professionals, artists, investors, entrepreneurs, and visionaries to converse and engage in an environment that is conducive to sharing information and creative collaborations within these two growing industries. Individual. Conference badges are on sale now and can be purchased online at www.summitseries.org. Guests must be 18 years or older to attend the music panels at the Vegas Music Summit and 21 years or older to attend the Vegas Cannabis Summit.

The Vegas Cannabis Summit will be held at the Las Vegas’ Fremont Country Club, located at 601 Fremont Feb. 14 and 15 and will feature educational seminars from industry experts, VIP events, and concerts. The Vegas Cannabis Summit was created in support of leading cannabis professionals operating in the emerging Nev., Calif., and other national marketplaces and presents leaders of this new frontier in this exciting entrepreneurial community.

The Vegas Music Summit will take place inside the El Cortez Hotel’s Fiesta Room Feb. 15 and 16 and will feature educational panels, with artist showcases, and industry events taking place after hours at Backstage Bar & Billiards at 601 Fremont. Each panel has been carefully curated to include discussions on the most important topics in today’s music industry. Previous guest panelists have come from some the industry’s top companies, including Warner Music Group, Red Bull, Warner/Chappell, ASCAP, Disney, and Live Nation. Current speakers include Linkin Park’s former manager Rob McDermott; Jeff Blue, former A&R executive and music producer to Linkin Park. 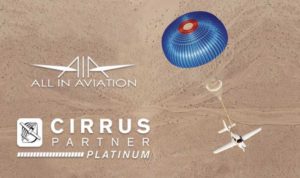 Went out the other evening to learn about aviation and a firm in Las Vegas who operates the only Cirrus airplanes in Las Vegas. All in Aviation has paired with Cirrus Aircraft in Southern Nevada and is a full-service aviation company offering flight training, pilot certifications, and aircraft rental, sales, management and storage. Much more than a flight school, All in Aviation is a trusted partner for aviation training, from a student pilot’s very first flight through the most advanced pilot certifications. As a Cirrus Platinum Training Center, All in Aviation trains pilots in some of the safest and most sophisticated aircraft on the market.

The best-selling aircraft in the world, Cirrus airplanes are equipped with glass panels, air conditioning, and whole airframe parachute systems. With an emphasis on quality customer care, All in Aviation’s flight instruction is led by highly experienced and professional certified flight instructors.

Since 1984, Cirrus Aircraft has been acknowledged as a major innovator in general aviation aircraft. With a strong focus on integrity in engineering and pilot safety, Cirrus  is committed to the future of aviation through smart safety, ease of operation and continuous innovation. Cirrus’ line of all-composite personal aircraft – the SR20, SR22 and turbocharged SR22T – incorporates advanced electronic and standard safety technologies including Cirrus Perspective by Garmin avionics and the unique Cirrus Airframe Parachute.   For additional information call 702-ALL-IN22 (702-255-4622) or visit https://www.allinaviation.com/.