I’ve got a little short-story to tell everyone out there who have kids planning on going to a summer camp this year (hopefully). It may also remind you of a happy time when you were a kid.  When I was a kid growing up in Los Angeles, I was living with my grandparents at the time (during World War II), I, like a lot of kids my age (10) I couldn’t wait to go to my first summer camp held every year by the Salvation Army. Some kids got to go for a week, and if the family could afford it two-weeks. The camp was located in San Fernando Valley which was not yet a big residential area. As best I can remember we loaded onto a school bus and drove forever on a highway, North out of the city, where eventually we would get off the highway and head into the hills on a dirt road to the camp.

Kids from all over the Los Angeles area were being delivered to the camp. There was a creek that ran through the area, and a huge swimming pool filled with continuous creek water. It was cold but fabulous.  Every kid was assigned to a barracks (if I remember there had to be like a dozen buildings). We slept on a double-stacked spring beds. I unfolded my sleeping bag (purchased by my Grandpa) which was mandatory and put my towels, wash clothes, bar of soap, toothbrush, etc., on a little desk to be shared with the boy on the top bed. Excitement was everywhere that first time. We would have dinner that first night in a huge cafeteria (I guess it sat about 150 plus kids). We were assigned the 2nd shift from 5 to 5:45 p.m. I believe the last shift was from 6 to 6:45 p.m. We got three meals a day. And the big deal was the fresh milk every meal. Pancakes for breakfast, peanut butter and jelly sandwiches for lunch, and a delicious stew for dinner.  All kinds of fresh veggies accompanied every meal. Each barracks had a camp leader assigned to us. We marched in groups to various areas of the camp. Everything was done at a specified time.

After dinner it was time for the campfires. There were a couple campfires. We would gather around, sitting on the ground, where we were each given a small package of graham crackers and marshmallows, with a long wood stick. That was my first experience with making S’mores (wow, what fun that was). And on the last night of the week there was always a special guest that came up to the camp. Saturday night was Movie Night.

I went to that camp for four years in a row. It cost my grandparents $5.00 per week.  One time I got to stay for two weeks. Now back to Movie Night: The first guest speaker I can remember was the great movie star Pat O’Brien (who played the famous coach of Notre Dame, Knute Rockne, in the move “All American,” which also had an actor named Ronald Reagan in it. Mr. O’Brien also starred in the movie “Angels With Dirty Faces,” alongside another famous actor, James Cagney. Cagney was also a guest at one of the campfires.  Two other’s I remember big time was George Raft, who starred in all kinds of gangster movies. Later on, in life I met all three of those stars and I actually mentioned the camps to them.

I have purposely saved the last for another wonderful person who came to the camp every year when I was there, and that person was one of the nicest down-to-earth ladies I have ever met,  “The Pin Up Lady” for the troops during the war: Ms Betty Grable! In 1965 I met her when she appeared at the Riviera Hotel, here in Las Vegas, in the Broadway play “Hello Dolly.” To show you just how neat of a star she was during those days in Vegas here is a little-known story: Almost every hotel (if they had a big show with dancers, etc) had a girls softball team. And the Riviera was a member of that League. Ms. Grable couldn’t wait to get on the team she later told me. The games would start at the softball park (located on the westside of town in a city park) at 1:30 a.m. Harry James (a famous trumpet player) was her husband and was working with his band at the Desert Inn. When she was going to play he and his band would show up to lead the cheering section. A lot of the stars on the Strip would show up to either play or root from the wooden grandstands. Those were great mornings, and gang, she played a hell of a game!  I remember she got a double one night when I went out to cover the game as a sports columnist for the Las Vegas Sun.  Of course, I had already met her at the Hotel, and I mentioned the summer camp experience to her. She remembered them and told me that “those were some of the best times ever.”

Why am I telling this story, simple, it was a big thing when I was 10 to 14 of age. I got away from the city. I was with nature. We had camp leaders that would take us on tours of the area. We saw all kinds of wild animals. We got to make things out of clay (which I really enjoyed) that we took home. It was first time I got to do a “snipe” hunt. It was also a mixed camp with girls. For many of us this was a first time to ever swim in a pool. That’s where I learned to swim.  Instructors were everywhere. It was the most fun I ever had as a kid. It was the one place where I could be a happy kid for a few days.

THIS AND THAT QUICKLY;

Due to the circumstances surrounding COVID-19, the Super Summer Theatre Summer Series has been moved to 2021.  The 2021 Super Summer Theatre Summer Series lineup will include shows previously scheduled for 2020: Disney and Cameron Mackintosh’s Mary Poppins, Sister Act the Musical, and Matilda the Musical. Additional show and ticket information will be announced at a later date. 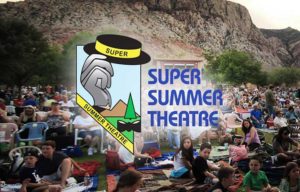 “It is our primary responsibility to keep our audiences, artists, staff and volunteers safe, while also respecting the exceptional theatre experience that we have worked to build over the past 45 years,” said Christy Miller, board chairperson for Super Summer Theatre. “While we’re heartbroken at having to cancel this year’s performances, we look forward to welcoming our audiences back to the Meadow for theatre under the stars with open arms for the 2021 Summer Series.”

The Utah Shakespeare Festival announced today it will cancel its 2020 season because of the COVID-19 pandemic. While the Festival announced a revised season on April 13, there are simply too many obstacles to overcome. The safety and health of the Festival’s staff, artists, audiences, and community guided this difficult but necessary decision.

“This is a direct result of the devastating impacts of COVID-19 on performing arts,” said Frank Mack, executive producer. “When we announced our revised season, we indicated that we would cancel our season if we had to, and sadly it has come to that.”

The season had been planned for July 9 through Sept. 5 featuring five shows playing in rotating repertory and the always free GreenShow. Among the myriad challenges facing the season, Actors’ Equity Association (AEA), the union of professional actors and stage managers, will not be extending contracts to professional theatres until their new safety protocols are written and implemented, a decision the Festival fully supports. The Festival planned to start rehearsals June 15 and requested information from AEA on the availability of contracts last week. On May 8, the Festival received this statement from the director of the Western Region of AEA: “At this time in the COVID-19 pandemic, the landscape is continuing to change in scientific knowledge regarding the contagion and avoidance of this disease. And as you are aware, we have very recently contracted Dr. David Michaels to assist our union—and our industry—in the establishment of appropriate safety protocols for actors, stage managers and others in live theatre.”

The Festival explored numerous options to safely produce the season including quarantining, testing and health monitoring for the seasonal staff and substantially limiting costuming and scenery, as well as measures for the audience such as seating six feet apart and extensive sanitizing.

Southern Utah University President Scott L Wyatt said, “We did everything in our power to keep the Festival open this summer. We know this news is difficult for the many individuals and small businesses in Cedar City who add so much to the Festival experience. They are our most important partners and we look forward to next summer when the streets, restaurants, shops and hotels of Cedar City are full of theatre-goers once again.”

Jeff Larsen, chairman of the Festival Board of Governors, said, “The management team and the amazing staff at the Festival have gone above and beyond all expectations to try and keep the 2020 season alive and bring professional live theater to Utah this summer, and the Board of Governors extends its appreciation for their efforts.”

Brian Vaughn, artistic director of the Festival, said “We look forward to safely gathering in 2021 for the Festival’s 60th anniversary season when we can join in unity to celebrate the history of magnificent artistry for which the Festival is known.”

The Festival will be staying in touch with its audiences through a variety of virtual programming which will be announced soon. Please stay tuned and follow the Festival online. The Festival will contact all ticket holders for the 2020 season to provide full refunds. Patrons who prefer to roll their ticket purchases into the 2021 season can do so or donate the value of their tickets. Ticket holders can call 800-PLAYTIX or wait to hear from Festival staff.

For every traveler who misses Las Vegas and for locals who want to celebrate their hometown, The Neon Museum now offers custom Zoom backgrounds. Las Vegas lovers can virtually immerse themselves in the city’s colorful history with 11 vibrant museum images, whose sizes and compositions make ideal, readymade Zoom backdrops. 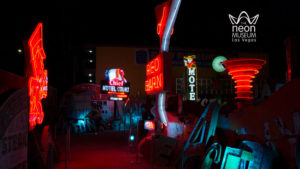 Images are posted here. To make them a Zoom background: #1 Click on the image to download it to your computer. #2 Log into Zoom account and navigate to Account Settings. #3 Select “Virtual Background” and then choose the “+” icon to upload the desired image as your background. #4 Deselect “Mirror My Video” so the image displays correctly. Share a screenshot of you and your Neon Museum background on social media using @NeonMuseum (Facebook/Twitter) and @TheNeonMuseumLasVegas (Instagram).

The Neon Museum now has tickets available for purchase on its website for visits starting May 22. All Nevada residents can purchase a special “Love Our Vegas (LOV)” admission ticket for $10 for a limited time.
Well, gang, hope my little story maybe reminded you of your summer camp? Just how much fun it really was.