Attended the Off-Road Hall of Fame earlier this week, having been invited by Matt Martelli, owner of the World-Famous Mint 400, which is held each year just outside Las Vegas, with a lot of the pre-action taking place on Fremont Street, where thousands gather to see the race cars, etc. Of course, as many of you know, it was my pleasure to create the famous race back in 1967, and to promote the first actual off-road race ever held in Nevada in 1968. I began racing off-road that same year with a Burro, which was basically a home-made buggy. Those were the fun days, believe me.

The Hall of Fame dinner was held at Michael Gaughan’s South Point Hotel & Casino. It was really a great event with more than 500 in attendance, including about 100 residents of Crandon, Wisconsin who came to watch their very own, Cliff Flannery be inducted. Flannery, is the president of Crandon International Off-Road Raceway.

Other inductees were Dave Ekins, a legendary motorcycle rider, who won the Mint 400 before motorcycles were eliminated, and went on to win the famous Mexico races, and other races around the world. Bob Gordon, father of Indy, NASCAR, and off-road champion Robby Gordon, won so many off-road events it would fill at least two-pages to just list them. I raced against him back in the day, and he was one of the best—he was also so damn down to earth. Bill Savage was an engineer, who came into off-road racing and begin to install safety regulations that were picked up by all off-road sanctioning groups and promotors. Oh, yeah, he also helped to engineer and build the Moon and Mars rovers. That’s really going off-road!

It was great running into some of the guys, and ladies, I once raced against back in the early days of the sport. Unfortunately, there are not that many of us left, and I felt like a stranger among a group of young men and women who are taking the sport to unbelievable heights. Ran into Roger Norman, who purchased SCORE (the sanctioning group for all the Mexican off-road races) a few years back, and who brought the qualification races for his equally famous Baha 1000, right here in Las Vegas at the speedway, in conjunction with the annual SEMA show at the Convention Center. Sal Fish, who ran SCORE for a great number of years, was also there, as was K. J. Howe, who took over running the Mint 400 after Mel Larson and I moved on in 1972.

The special BFGoodrich Tires SCORE Baja 1000 Qualifying, presented by BFGoodrich Tires, was held Tuesday night at the Las Vegas Motor Speedway Off-Road Track. The qualifying event was held in conjunction with the SEMA SCORE Baja 1000 Experience being held through Friday at the SEMA Show at the Las Vegas Convention Center. The legendary race itself, starting in Ensenada, Baja California, Mexico and finishing in La Paz, Baja California Sur, this year’s race will be held Nov. 13-18. The season-finale of the four-race 2017 SCORE World Desert Championship will feature a typically rugged 1,134.40-mile race course.

In front of an appreciative capacity crowd at the LVMS Off-Road Track, Gordon, who has three overall wins in the 1000, blistered the dirt, recording a top qualifying time of in two minutes, 52.26 seconds with an average speed of 37.46 miles per hour in Gordon’s No. 77 Team Gordon Chevy Silverado. The 5,000-pound race trucks are designed for the pounding of open desert racing resulting in average speeds in qualifying 15-20 miles per hour less than they will average during the actual races. The qualifying course was three laps over the .6-mile LVMS Off-Road Track for 2.1 total miles. Gordon was quickest among the 29 trucks out of the 42 entered in the race that elected to participate in the optional qualifying event.  Gordon finished just .47 seconds faster than the runner-up qualifier as 12 of the SCORE Trophy Truck qualifiers finished the course in less than three minutes.

Second was Las Vegas’ Rob MacCachren, who covered the three-lap course in 2:52.73 in the No. 11 Rockstar MacCachren Motorsports Ford F-150. MacCachren, the off-road Hall of Famer who has five overall victories in the SCORE Baja 1000 has won the last three consecutive SCORE Baja 1000 races. For this year’s race MacCachren will use a three-member team with Las Vegas’ Justin Smith and Jason Voss, of Cupertino, Calif., as his two other drivers. Voss was an additional driver for MacCachren in both 2014 and last year’s SCORE Baja 1000 overall and SCORE Trophy Truck race wins.

Completing the podium as third quickest was SCORE rookie Brandon Arthur, of San Diego, who subbed for driver of record Andy McMillin, National City, Calif., with a time of 2:54.38 in the No. 31 TSCO Racing Ford F-150.  Rounding out the top five SCORE Trophy Truck qualifiers were Ricky Johnson, Trabuco Canyon, Calif. (DOR—Larry Connor, Miamisburg, Ohio), who was fourth in 2:54.60 in the No. 6 Team C Racing Chevy Silverado and fifth was Las Vegas’ Bryce Menzies in a time of 2:55.89 in the No. 7 Menzies Motorsports Red Bull Ford Raptor.

The Regional Transportation Commission of Southern Nevada (RTC) invites the community for an RTC Bike Share birthday celebration on Friday, Nov. 3, from 5 to 7 p.m. at the Downtown Container Park. Since the launch last fall, RTC Bike Share has been a popular and growing transportation option with more than 9,000 passes sold, 18,000 rides spanning over 60,000 miles as riders burned more than 2.3 million calories. As a result, users eliminated over 56,000 pounds of carbon monoxide from the valley.

A birthday celebration will be held at the green space inside Downtown Container Park and will include Silent Disco, food and great prizes including a raffle for a free one-year RTC Bike Share membership. The event will conclude with a free community bike ride around downtown Las Vegas and joins the First Friday festivities. This event is free and open to all. 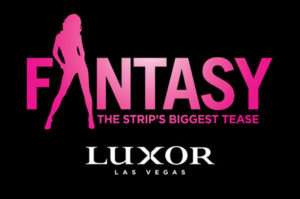 Channeling the timeless glamour of classic Hollywood, the ladies of FANTASY held a media night on Tuesday, Oct. 24, to debut its new show, and the fabulous 2018 calendar, “Black & White and Nude All Over.” The release of the calendar coincides with the show’s 18th anniversary at Luxor Hotel & Casino, where FANTASY has remained the top Las Vegas revue for much of its run. The “Black & White and Nude All Over” calendar was photographed by renowned photographer and stylist Oscar Picazo, who shot the stunning showgirls in timeless black and white imagery.

“This year’s calendar is classically sexy,” said Anita Mann, producer and director of FANTASY. “Oscar beautifully styled each of our show’s performers like glamorous Hollywood movie stars, and the photographs are absolutely mind blowing.”

The 2018 “Black & White and Nude All Over” calendar, priced at $20, will be available for purchase at various retail locations throughout Luxor, including the Atrium Showroom, and on FANTASY’s website, fantasyluxor.com. The ladies of FANTASY will host a series of calendar signings leading up to the holiday season, making the 2018 calendar the perfect gift or stocking stuffer. To join the “Black & White and Nude All Over” interest list before the calendar goes on sale, email [email protected] with the subject line “Calendar Exclusive.” With the release of the calendar, FANTASY will also be donating a portion of the proceeds to benefit the Nevada Society for the Prevention of Cruelty to Animals.

Approaching 18 successful years on The Strip, FANTASY was named “Best Female Adult Show in Las Vegas” by InVegas in 2016, received the silver award for “Best Female Revue” in the 2016 Las Vegas Review-Journal’s “Best of Las Vegas” poll, “Best Showgirls” in the 2015 and 2012 Las Vegas Review-Journal’s “Best of Las Vegas” poll and a recipient of the Las Vegas Weekly “Best of Vegas 2014” awards. Dynamic lead singer Lorena Peril adds an exciting and unforgettable element with amazing powerhouse vocals, taking center-stage alongside a talented cast of beautiful dancers. Popular among singles and couples alike, the always-evolving, sexy production highlights 15 high-energy numbers set to a variety of today’s top music genres. While the gorgeous dancers lure guests into their wildest fantasies, comic relief Sean E. Cooper keeps audiences on its toes with his spot-on impressions of some of pop culture’s most recognizable personalities.

Well, gang, the Mint 400 will be back before you know it—every March.