The week will feature 40 World Cup class jumpers competing alongside over 600 of the top horses and riders from around the world. Guests will enjoy acclaimed riders such as Richard Spooner, the 2017 Longines FEI World Cup™ Las Vegas champion alongside top riders like Olympic Gold Medalist Will Simpson, as well as rising equestrian star, Jennifer Gates. The week showcases the devoted connection between horse and rider as they display their elite athleticism working in tandem to jump each obstacle in the time allowed with no penalties. Those who make it to the next round will compete in the jump-off, a test of speed where the fastest horse and rider with the fewest penalties will gallop away with the purse and the win.

Doors to Saturday night’s main event will open at 5:00 p.m. where guests will have the opportunity to enjoy the arena concourse, brimming with fun for families. The concourse will offer a photo booth, caricature artist, magician, face painter, juggler, and opportunities to shop for western themed and equestrian gifts. The main event will begin with beautiful ceremonies including a Parade of Nations, a Presentation of Champions, and conclude with the crown jewel of the evening, the Longines FEI Jumping World Cup™ qualifying competition. Fans will also be able to meet their favorite riders at an autograph signing that will be free and open to the public.

Additionally, for the first time in event history, the AON/USHJA National Championships will be held throughout the weekend featuring classes in hunter, jumper and equitation divisions for all ages and levels. In addition to the competition, the Championships will offer educational opportunities for exhibitors and attendees with industry professionals like Sharon Classen, PT, ATC, CERP, known for having provided both equine and human physical therapy at the World Equestrian Games. Classen will lead an informational session on equine and human sports medicine, other classes will focus on topics like equine vital signs, hoof care, sports psychology, and equestrian judging.

Tickets for the Longines FEI Jumping World Cup™ on Saturday, Nov.17 are on sale now and can be purchased for $20 per person, children 10 years old and under are free. Admission is free for classes that run from Tuesday, Nov. 13 through Sunday, Nov. 18, beginning at 7:30 a.m., including the competition events Wednesday through Friday evening. 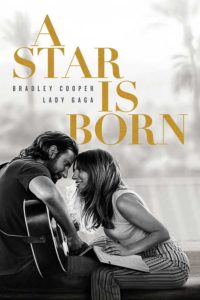 This reporter seldom gives his opinion about a movie, but I will be doing just that about a new movie I watched the other evening: “A Star is Born,” starring Lady Gaga, Bradley Cooper, and Andrew Dice Clay. Wow…double Wow! Now here is a brief history of me watching three of the four productions of “A Star is Born.”

I never had a chance to watch the first movie produced in 1937, starring Janet Gaynor, Fredric March, and Adolphe Menjou, but it won a ton of awards, so it must have been pretty damn good.

The movie I remember best, and which I definitely enjoyed, starred Judy Garland, James Mason, and Jack Carson in 1954. I still get goosebumps when I remember one of the last scenes of the movie, where following the death of her husband, Norman Maine (James Mason) who had walked into the ocean and was discovered dead on the beach, Vicki Lester (Judy) stood on a stage as the star of at a major Hollywood benefit, and announced:  “I am Mrs. Norman Maine….” See, in the movie her married name was never used prior to that moment. Without question (my opinion) that scene alone made it the huge hit. And the Oscars flowed for everyone.

Then in 1976 Barbra Streisand, Kris Kristofferson, and Gary Busey starred in the third version. I remember watching it and I did enjoy it. But, to be honest, it didn’t have the “wow” factor. Sure, Barbra was most certainly the star of this production and let’s be honest she can sing a song!

And now I believe I’ve seen the ultimate production. Lady Gaga is without a doubt not only a beautiful person, but this lady can sing her butt off. And…damn she can act!  Bradley well let’s face it, he has proven over and over that he is a great actor. Now I come to the sleeper in this production—Andrew Dice Clay. I have watched him from the time he appeared on the stage at Bally’s (the original MGM) in the late ‘80s or ‘90s (not sure of the exact year) and in a few movies (nothing to really brag about), followed his TV career, and his performances in Las Vegas over the years.

Here is a guy who has been to the top of the mountain, and then nearly forgotten. But he kept coming back. He didn’t know the word “quit.”  He plays the father of Lady Gaga’s character in this version of the classic film. He made me believe he was actually the dad of Ally (the Vicki part in the original 1937 and 1954 version). I believe he’ll be nominated for an Oscar as Best Supporting Actor.

Oh, yeah, “Dice” will be at the Laugh Factory inside the Tropicana Las Vegas on  Nov.30-Dec. 2, with a single 10:00 p.m. show nightly. The Laugh Factory has been his special performance location in Las Vegas for a number of years now.

I must be honest here: I do some work for the Laugh Factory, but I do not represent in any fashion Andrew Dice Clay. I just thought I needed to write about him in this movie.

“My Favorite Murder” is the hit podcast hosted by Karen Kilgariff and Georgia Hardstark. Since its inception in early 2016, the show has broken download records and galvanized a devoted “Murderino” fan base. Their live tours are popular worldwide, selling out large theaters across the U.S., Canada, Australia, and Europe.  A Top 10 regular on iTunes’ comedy podcast chart, “My Favorite Murder” has been featured in Entertainment Weekly, The Atlantic, Nylon and Rolling Stone. Aside from being avid true crime enthusiasts, Kilgariff is a stand-up comedian and television writer while Hardstark is a writer and host for the Cooking Channel. Earlier this year, Kilgariff and Hardstark launched the My Favorite Murder “fan cult,” which includes exclusive merchandise, pre-sales, discounts, exclusive content, and an online community. Their upcoming book Stay Sexy & Don’t Get Murdered is due out in Spring 2019.

IMOMSOHARD, the best friend duo of Kristin Hensley and Jen Smedley, will perform at the Treasure Island Theatre Nov. 16 at 9:00 p.m.  The pair is best known for the viral web series #IMOMSOHARD, garnering more than 1.5 million followers and 120 million views since debuting in 2016. The videos feature Hensley and Smedley tackling the struggles and joys of motherhood, as well as pop culture trends. One of their most shared episodes, “I Swimsuit Season So Hard,” has amassed more than 20 million views alone.

Hensley and Smedley recently appeared on The Today Show and The Doctors, and were selected as People Magazine’s “Best of 2017.” In addition to their national tour, the twosome is currently writing a book set to release in spring 2019, and in development phase for a half-hour comedy with CBS. Tickets are available and can be purchased by calling 866-712-9308 or 702-894-7722, or visiting www.treasureisland.com.

Hey, gang, go see three wonderful actors in “A Star is Born.”  You won’t be disappointed, I promise.