Station Casinos and 95.5 The Bull will roll out the Red Rock Resort Red BULL Carpet for superstar singer, songwriter, actor and writer, Billy Ray Cyrus. Celebrating the 25th anniversary of his classic country hit “Achy Breaky Heart,” Cyrus is inviting the BULL NATION to a free acoustic performance, Q&A session and meet & Greet at Rocks Lounge inside Red Rock Resort on Friday, May 19, 2017 at 7 p.m.

Billy Ray Cyrus will perform at Rocks Lounge inside Red Rock Resort on Friday, May 19 at 7 p.m. No cover and guests under 21 years must be accompanied by an adult. Tickets will be first come first served while supplies last. Doors open at 6 p.m. For more information, please visit www.redrocklasvegas.com or www.955thebull.com.

Throughout the course of nearly three decades, Billy Ray Cyrus has achieved international success as a singer, songwriter, entertainer, and philanthropist.  He has sold millions of albums, charted 35 singles, 16 of which are Top 40 hits, and continues to receive critical acclaim as an actor, writer, and executive producer in film and television.

In time, Cyrus pulled the attention of legendary music manager, Jack McFadden.  Shortly after, Cyrus was invited to open before Reba McEntire in Louisville in 1990, where A&R men from Mercury Records were encouraged to attend and give him consideration. After seeing the crowd’s reaction to Cyrus’ set, they quickly offered him a recording contract. At that very time, Cyrus was quoted in a local newspaper article saying, “This is my Super Bowl,” referring to the fact that he was either going to win it or lose it. 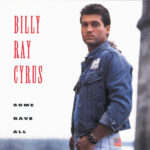 Cyrus went on to make history with the debut of his studio album, Some Gave All. The album hit No. 1 on the Billboard album charts, where it held the position for 17 consecutive weeks; a record he still holds as a solo male artist. Throughout the early 90s, Cyrus had a string of releases off the album that bulleted up the charts, including “Achy Breaky Heart,” “Could’ve Been Me,” “Where’m Gonna Live When I Get Home,” “She’s Not Cryin’ Anymore” and the title track, “Some Gave All,” which earned Cyrus the Bob Hope Award for Excellence in Entertainment.

Following encouragement from his dad, Cyrus began acting.  He landed a role in David Lynch’s Mulholland Drive in 2001. Simultaneously, Cyrus continued to create music, but casting calls were plentiful. Not too long after, he accepted the lead role in a cable television series, Doc, in which he played Dr. Clint Cassidy, a physician from the Deep South who relocates to the bright and flashy New York City. In between roles, Cyrus released Wanna Be Your Joe in 2006 and he also enjoyed chart success with the Hannah Montana album, which featured the father-daughter anthem “Butterfly Fly Away” as a duet with Miley.

Currently, Cyrus has numerous new projects in the works including the premiere of a new television series on CMT, “Still the King,” in which he shares writing and executive-production credits. Cyrus stars as the center role of “Burnin’” Vernon Brown, a one-hit wonder who becomes an Elvis impersonator after a wreck into an old country church outside of Nashville during a drunken bender, he is sentenced to return and perform community service. Along the way, he pretends to be the congregation’s new minister and re-connects with a former one-night-stand (Joey Lauren Adams), only to discover he has a 15-year-old daughter he’s never met.

His expansive career highlights his talent to the utmost. An anticipated forthcoming studio album titled Thin Line is set to release this fall. Included on the album is “Hey Elvis,” a collaboration Cyrus re-invented with Bryan Adams and the legendary “Voice of Rock,” Glenn Hughes. 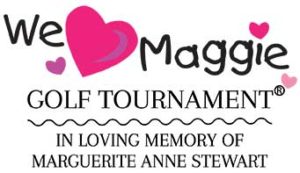 Tee off, swing and putt for the 9th Annual We ♥ Maggie (We Heart Maggie) Golf Tournament supporting the Children’s Heart Foundation.  Golfers and families from across the valley will come together for this family-friendly event on Saturday, May 27 at its new location at the Revere Golf Club (2600 Hampton Road, Henderson). To register as a golfer or virtual golfer, sponsor or donate, please visit www.weheartmaggie.com or call the Children’s Heart Foundation at 702-967-3522.

Featuring a silent auction, raffle, awards reception, and afternoon events for kids, the We Heart Maggie Golf Tournament makes a difference in the lives of heart families throughout the Las Vegas valley by supporting such programs as Camp Mend-a-Heart, Smart Heart Scholarships, family outreach, research and of course, Maggie’s Garden, which is a whimsical room full of toys, butterflies, flowers, and a tall oak tree. Admittance to the hospital can be scary for a child, but Children’s Heart Foundation has a room full of toys to help ease that fear. Children about to undergo a cardiac procedure will be allowed to select something special from Maggie’s Garden to take with them. It is intended to provide a positive experience to heart children and families during particularly difficult times.  It also serves to introduce Children’s Heart Foundation to families early in their heart journey.

Registration and pre-event activities begin at 11:00 a.m., with a shotgun start at 12:30 p.m.  The Butterfly Village will feature children’s activities 2 – 5 p.m., guests to the Butterfly Village are asked to bring a donation of any size in support of the Children’s Heart Foundation’s Backpack Program or Maggie’s Garden for admission. Golfers and guests can also vie for prizes in the raffle and bid on silent auction items 11 a.m. – 6:30 p.m., and see who took home the top honors at the awards reception at 6 p.m.

The We Heart Maggie Golf Tournament was founded in 2009 by John and Mollie Stewart to honor their daughter Marguerite “Maggie” Anne.  Energetic, inspirational, and happy, Maggie passed away in July 2008 at 14 months of age due to complications during a procedure to correct a congenital heart defect.  Since the inaugural tournament, more than $675,000 has been raised to help hundreds of Heart Kids in the Las Vegas area. 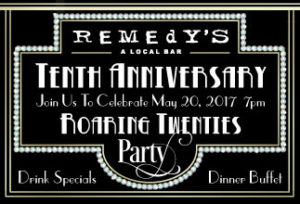 Travel back in time to the days of Jay Gatsby, Josephine Baker, and Coco Chanel to celebrate Remedy’s 10th anniversary with a roaring ’20s themed party! The festivities begin at 7 p.m. on Saturday, May 20 at Remedy’s St. Rose (3265 St. Rose Pkwy. Henderson). Guests can enjoy a live jazz band, a dinner buffet and prize giveaways all while sipping on their favorite drinks at special prices.  Guests must be 21 or older with valid ID.

Put on your best pinstriped tuxedo, come showered in pearl necklaces, and don’t forget the beret! Party like it’s 1922 with friends and the Remedy’s family and come in the most lavish ’20s attire for the costume contest for a chance to win prizes.

Along with unique and fun themed parties throughout the year, Remedy’s boasts a wide selection of house-made cocktails and handcrafted food. Remedy’s also offers a VIP Gaming Club, 24-hour service from their friendly staff, delicious lunch specials seven days a week and much more.

From Summerlin to Henderson to Centennial Hills, Remedy’s, Elixir and Distill are Vegas locals’ ‘homes away from home.’ All locations feature fun and casual good times in beautiful and eclectic atmospheres with state-of-the-art gaming, handcrafted cocktails, house-made tavern fare, friendly staff, fun events, two daily happy hours and the ultimate home for sports action. All locations feature the RED Loyalty, a frequent dining program allowing guests to earn points at all RED properties for discounts and promotions. For a full list of events and information, please visit www.remedystavern, www.elixirlounge.net or www.distillbar.com. 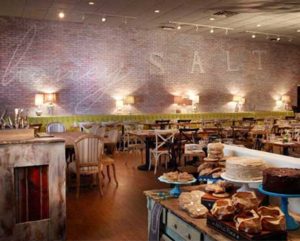 Locals’ favorite dining spot, “Honey Salt” has announced the youngest diners will eat free every Tuesday throughout the summer.   Inspired, makes it all in the family this summer by not only rolling out a new kid’s menu in Cole’s Corner “by owners Elizabeth Blau and Kim Canteenwalla’s son Cole, the new kids menu has a more “grown up” flair to it.  As Restauranteur Elizabeth pointed out, “Honey Salt is almost five years old and as Cole and his friends have grown up so have their taste buds.  We hope that all kids will love the new additions to the menu as much as Cole does.” The new menu also combines innovative dishes with memorable flavors with the commitment to locally-sourced and sustainable ingredients as the regular menu.

This summer, families can also cool down the kitchen every Tuesday with the new Kids Eat Free promotion. Every Tuesday, May 30 – September 10, kids 10 and under can enjoy a free kid’s menu entrée per adult entrée.  Valid lunch or dinner; families must dine in the restaurant to participate; one free entrée per child, per adult.  Management reserves all rights. 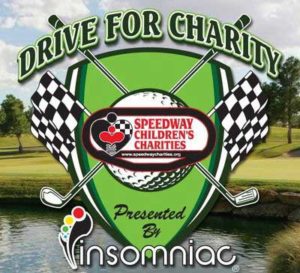 The Las Vegas Chapter of Speedway Children’s Charities will host the 15th annual Drive for Charity Golf Tournament on Monday, June 5, to raise funds for a great cause.  The event will take place at Bear’s Best Las Vegas, a one-of-a-kind Jack Nicklaus-designed course, and Speedway Children’s Charities’ Las Vegas Chapter will receive all proceeds from the tournament.  Nicklaus selected 18 holes from his more than 200 course designs worldwide and put them into one extraordinary round of golf at Bear’s Best. Located in the upscale, exclusive Ridges neighborhood of the master-planned community of Summerlin, Bear’s Best is a high-end, daily fee public course focused on providing the best possible Las Vegas golf experience.

The entry fee is $1,000 per foursome or $250 for individuals, and players will receive a round of golf, golf cart use, unlimited range balls, continental breakfast, awards lunch, gifts and goodie bags. Complimentary chair massages from Spa Costa Del Sur at the South Point Hotel Casino and Spa and a ball drop, courtesy of Maverick Helicopters, are just part of the extras that will be available to participants.  Las Vegas Motor Speedway and ESPN Radio Las Vegas sponsor the event. Registration begins at 7:00 a.m., followed by a shotgun start at 8:00 a.m., and the tournament features a scramble format. Players will be asked to provide their handicap index when registering.

“What’s better than taking a day off from work, playing golf and raising money to help children?” SCC Las Vegas Chapter Director Paulette Anderson said. “We are excited to celebrate our 15th annual Drive for Charity at a course as prestigious as Bear’s Best, and we know everyone who plays will have a great time. It’s going to be a wonderful day, and we urge everyone to come out and tee it up for a great cause.”

The tournament also will include a raffle, with prizes ranging from golf foursomes to spa packages and NASCAR tickets, as well as a live auction and sandwich samples courtesy of Jimmy John’s.  The event helps SCC support children in need in Southern Nevada, and the charity donated more than $243,000 to 57 different charities in 2016. To register, contact Paulette Anderson at 702.632.8242 or log on to the SCC Las Vegas website for more information.

Well, gang, that’s it for another week.