Arizona Charlie’s, located at 740 S. Decatur Blvd., will bring live entertainment back to the Naughty Ladies Saloon stage with a performance by popular Eagles tribute band, American Eagle USA, at 8 p.m. on Saturday, Aug. 7. American Eagle USA will pay tribute to the award-winning rock band by playing every classic song including “Take it Easy,” “Lyin’ Eyes,” “One of These Nights,” “Life in the Fast Lane,” “Hotel California,” and more. The cover band features musicians who have played alongside artists including John Paul Jones of Led Zepplin, The WHO, The Righteous Brothers and others. Guests must be at least 21 years of age and admission will be free.

More information is available at www.arizonacharliesdecatur.com.

The Neon Museum announces that Aaron Berger has been selected as the museum’s executive director.  Selected after a comprehensive and broad-based search spanning the U.S. and beyond, Berger brings to the museum extensive experience in museum leadership, nonprofit fundraising, and community engagement.

Berger, who recently relocated to Las Vegas from Atlanta, Ga., most recently served as the executive director for five years at The Breman Museum in Atlanta, raising annual attendance by 32 percent and garnering accolades such as “Must See Destination” by Trip Advisor and one of the “Best Museums in Atlanta” by USA Today 10Best during his tenure.

Berger began his career as the curator for the Marietta/Cobb Museum of Art and was ultimately named director after staging exhibitions of Winslow Homer, Robert Indiana and founding the annual juried exhibition Metro Montage, which continues today. He then went on to become director for the Albany Museum of Art, making him one of the youngest in the country to lead a nationally accredited museum. While in Albany, Berger developed the celebrated Local Color exhibitions, Full Blown Blues music series, and the heralded ARTiculate educational program for gifted high school students. As a result, the museum experienced a 104 percent growth in membership and was named Institution of the Year for 2005 by the Georgia Association of Museums and Galleries.

“Aaron’s experience with nonprofit fundraising and successful track record of leading museums, including raising their profiles through developing exhibits and community partnerships, will be a valuable asset to The Neon Museum,” said Uri Vaknin, chairman of the museum’s board of trustees. “He joins the museum during a critical but exciting time, as it continues to evolve its guest experience and move forward with an expansion into the Reed Whipple Cultural Center that will double the size of the museum’s campus. As we look to mark our ten-year anniversary in 2022, Aaron’s arrival is especially well timed.”

“The Neon Museum is unrivaled not only because it’s home to an amazing repository of iconic neon signs, but because it exemplifies a great convergence of art and history,” said Berger on why he chose to take the position and move to Las Vegas. “There is no other place where you can gain the perspective that The Neon Museum offers on the unique stories behind the signs and how they fit into Vegas history and the broader community.”

Berger has earned both a Bachelor of Arts degree in art history from the College of Charleston in South Carolina as well as a Master of Business Administration from South University in Savannah, Georgia. He is a proud graduate of both Leadership Albany (2003), the Getty Museum Leadership Institute (2004), and Leadership Atlanta (2017). He also served as faculty for the Jekyll Island Management Institute teaching fundraising to rising museum professionals from across the country.

CAMILA, the group that has set a trend in the Spanish speaking world for more than fifteen years with an impressive career, is now ready to begin their tour, “LUZ TOUR” across the United States including a stop in Las Vegas at the iconic Tropicana Las Vegas on Saturday, Sept. 18, 2021. Tickets are on sale now.

After the successful “4 LatiDos” tour (2018-2020) in which they shared the stage with Sin Bandera, they accomplished more than 50 shows across the American continent, half of them in the United States. In the beginning of 2020, Camila kicked off their “HACIA ADENTRO” tour, visiting various cities in the United States a few months after they celebrated their 15th anniversary, releasing singles such as “Luz” and “Bandera Blanca.”

Camila has reached diverse places with their music. Their impact does not stop whether it be on the radio with 15 #1 hit singles, in front millions of spectators with their grand tours across Latin America, Asia, and the USA (+500 shows in 21 countries) or with their more than 2 million album sales and +5,500 million audio and video streams on various digital platforms. Today Camila is considered the group with the most impact in the history of Spanish ballads and one of the Latin artists that have toured across the United States alone and accompanied by great artists such as Marco Antonio Solis and Sin Bandera.

Tickets for Camila are on sale now with ticket prices starting at $85.50 plus tax and fees. Tickets can be purchased at the Tropicana box office, by calling (800) 829-9034 or online at www.ticketon.com, www.troplv.com or Ticketmaster.com.:

Founded by the laureate composer, interpreter, and producer Mario Domm (Torreón, Coahuila), Camila emerged officially in the year 2005 when he signed the first record deal with Sony Music, alongside his colleagues and friends the guitarist Pablo Hurtado (San Luis Potosí) and the singer Samo (Veracruz). Albums recorded with them were “Todo Cambio” (2006) and “Dejarte de Amar” (2010), both immensely successful hits that turned the group into one of the indispensable references in the music for Latin America. Since then, Camila has reached the top of the Mexican hit lists 15 times amongst others crossing their borders. Singles such as “Abrázame,” “Coleccionista de canciones,” “Todo cambió,” “Mientes,” “Aléjate de mí,” “Bésame,” “Decidiste Dejarme,” “Perdón” y “Te Confieso,” and many others, have granted them extraordinary numbers in the music industry of our days.

To this are added the uncountable experiences on stages such as Madison Square Garden in New York, the Nokia Theater in Los Angeles, the Colosseum of Puerto Rico, the Barquisimeto of Venezuela (in which 100,000 people attended) the Gran Rex in Argentina and Viña del Mar in Chile, to mention a few outside of Mexico, in which they have performed in the greatest stages, including eight times in the Auditorio Nacional, four times in the Palacio de los Deportes and the Foro Sol – a hard to beat record. In addition, Camila has collaborated with international stars such as Ricky Martin, Marco Antonio Solis, Colbie Caillat, Kenny G, Alejandro Sanz, Alejandra Guzmán, Reyli, Chambao, Aleks Syntek, and Wanessa Camargo, among others.

In 2014 Camila released their third studio album, “Elypse,” changing their status from trio to duo. Today Mario Domm and Pablo Hurtado who beat this music project with which people have delivered with such fervor and follow with great loyalty. Camila, with their “ELYPSE” tour, became one of the Latin artists that have toured the United States with more than 70 shows. In 2019, Camila released their fourth studio album “Hacia Adentro” and accomplish with great success “4 LatiDos Tour” alongside Sin Bandera (more than 120 shows). 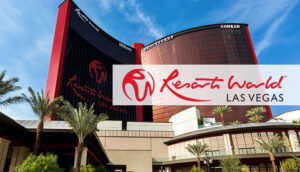 Resorts World Las Vegas, which recently opened its doors to the public last month, has opened the first-ever store in a Las Vegas resort to utilize Amazon’s Just Walk Out technology last month. Resorts World Las Vegas is welcoming guests to experience the Fred Segal Market powered by Just Walk Out technology. The Fred Segal Market offers a special assortment of drinks, candy, snacks, souvenirs, and Grab & Go food items in a location adjacent to and connected with the Fred Segal Men’s shop.

“We are excited to work with Resorts World Las Vegas as they offer their customers a fast, convenient way for their guests to shop for the items they might need quickly during their resort stay,” said Cameron Janes, Vice President of Physical Retail at Amazon. “We’re thrilled that Resorts World Las Vegas’s selection of Amazon’s Just Walk Out technology brings the effortless experience of a checkout-free store to a new city and a new industry for the first time through the Fred Segal Market.”

Shopping at Fred Segal Market is designed to be an effortless experience. Guests will simply enter the market using a credit card and the technology will detect what shoppers take from or return to the shelves in the store. When guests have completed their shopping experience, they can just leave the store and their credit card will be charged for the items they took.

“As we have strived to create a resort that encompasses the most technologically advanced offerings throughout the complex, we are thrilled to continue this effort with the use of Amazon’s Just Walk Out technology,” said Matt Pinal, Vice President of Retail at Resorts World Las Vegas. “It’s exciting to not only welcome such an iconic brand like Fred Segal to our retail portfolio, but to be able to expand their retail space and utilize such an innovative technology in the adjacent market that will provide convenience and ease to our guests is truly a great accomplishment.”

The Fred Segal Market powered by Amazon’s Just Walk Out technology is now open to the public.