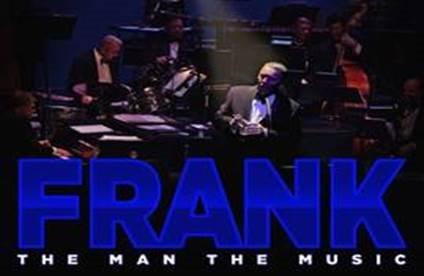 A theatrical production honoring the life and music of the legendary Frank Sinatra, “FRANK The Man The Music,” and starring Bob Anderson, will take the stage for one-night-only, Sunday, May 4 at 7 p.m. inside the Venetian Theatre.

As many of you may know, this reporter has been a publicist, friend, and best pal of Anderson, dating back to the mid-seventies.  And, through all those years, Bob always truly loved and talked openly about only one entertainer, and that was “The Man!” He idolized his buddy, and that is perhaps why, more than anything else, this show and this man is a must see, and a must buy for a local hotel. I have known of this project for more than two years. It actually had been in Anderson’s head even before Frank was ill, and definitely after his passing. I, like a number of Bob’s close friends, were sworn to secrecy. Well, now you know the rest of the story. It’s Anderson’s love for a man and his music. I can also promise you one thing for certain–you’ll never forget this evening if you can get a ticket!

Conceptualized and brought to life by an all-star creative team, “FRANK The Man The Music,” is the most authentic recreation of a Frank Sinatra concert in recent history. Produced by Broadway veteran Stephen Eich, and starring the most revered Frank Sinatra tribute artist in the world, Bob Anderson, the production benefits from the personal touch and musical direction by one of Sinatra’s own, Vincent Falcone. Vince traveled the world for 10 years with, “The Chairman of the Board,” and has reached out for as many musicians, who once worked with Frank, to be a part of his impressive 32-piece live orchestra.

“Our goal in hosting this showcase is to find a permanent home for ‘FRANK  The Man The Music,’” said Anderson. “We are confident that this production will provide a new spark on The Strip, filling a void for an upscale and authentic Sinatra tribute show.”

Transformed by the same Oscar-nominated makeup artist who aged Brad Pitt in “The Curious case of Benjamin Button,” Anderson (as Sinatra himself) takes audience members on a dramatic musical journey through some of the famous crooner’s greatest hits, from “Come Fly With Me,”  “One for my Baby,”  to “My Heart Stood Still,” and “My Way.” And, from the moment he steps out on the stage, you will swear it’s him! The makeup, voice, and mannerisms of Sinatra are all there.  Along with the impressive orchestra, the production will play only once on Sunday, May 4, as part of a showcase to book a more permanent Las Vegas showroom.

Public interested in attending may order tickets through The Venetian Box Office. Tickets to “FRANK The Man The Music,” on Sunday, May 4 at 7 p.m. are complimentary and can be reserved on a first-come-first-served basis by calling 702-414-9000.

The Laugh Factory, inside the Tropicana Resort has a lot of “Heat” on its stage this week (April 21-27), with the appearance of comedian Adam Ray, who was most recently seen opposite Sandra Bullock and Melissa McCarthy, in the cop comedy movie, “The Heat.”  Ray is sharing the stage with Mark Serritella, and the host for the week is Jason Dudey.

After graduating from the acting school at the University of Southern California, and studying for a year at the British American Drama Academy in London, Ray has been seen guest-starring on, “2 Broke Girls,” “Workaholics,” “Arrested Development,” “According to Jim,” and Adult Swim’s “NTSF:SD:SUV. Adam has also written for, MTV’s “Punk’d.”  You can see his most recent stand-up routine in the Comedy Central show, “Adam DeVine’s House Party.” To view Ray’s hilarious sketches, visit www.AdamRayTV.com, which has had more than 30 million viewers.

Serritella has made numerous appearances on, “The Joe Rogan Experience,” “Entertainers with Byron Allen,” “Who Wants to Date a Comedian?” Comedy Central’s Open Mic Fight, and the “About Last Night” podcast with Sean Astin. Mark was also featured in, “The Huffington Post,” the front page of, “Funny or Die,” and “Business Weekly.”  He has also been part of the Boston Comedy Festival five times. Serritella has toured all over Europe and the Middle East, where he entertained the troops, and has three CDs that can be heard on Sirius Satellite Radio.

Jason Dudey has appeared on, Logo TV’s “Wisecracks,” the Out Laugh comedy festival, and as a finalist at, The World Series of Comedy three years in a row. His debut comedy album, “Major Dudey,” has been deemed a major hit, and is available on iTunes. As a performer, Jason is comfortable in front of all audiences, saying that it doesn’t matter to him if audience members are gay or straight: “My job is to make people laugh, not sprinkle them with glitter. I don’t make a big deal out of it because my family never made a big deal out of me being gay. It was more like, great, you’re gay, and now do your chores.”

Earlier this week, an event took place at the Las Vegas Academy of the Arts in downtown Las Vegas, featuring world-renowned Irish artist, Graham Knuttel, and art students from Academy. Knuttel and the students began work on a project that will result in a huge mural to be hung on the, Neonopolis, building at Fremont St. and Las Vegas Blvd. They began work on the original painting that will serve as the basis for the massive mural, and when completed, in approximately two weeks, will be about 4 x 8 feet in size. It will then be vastly enlarged, and is expected to be approximately 30 x 60 feet, (the exact dimensions are also yet to be determined). The exact date for the actual hanging is yet to be determined. The mural is expected to be influenced by Fremont Street, and the places and characters of downtown Las Vegas, and will be greatly influenced by Knuttel’s unique style of painting, with bold and vivid colors. Graham, who opened the Knuttel Gallery at the Venetian-Palazzo Resort on the Strip last year, decided to do this project because he wanted to make a contribution to the downtown arts scene. Monday, April 21, was officially named, “Graham Knuttel Day,” in Las Vegas by proclamation of Mayor Carolyn G. Goodman. In the photo, besides Knuttel, the woman in the camouflage pants, black shirt and light-colored sweater is Kelly Mabel, the teacher of the art class.  Mabel’s official title is Visual Arts Department Chair, Las Vegas Academy of the Arts.

Well, gang that’s about all the news for this week.