Took a night off from watching television and bravely drove to a hotel located almost to close to the Las Vegas Strip (Locals try to stay away from the Strip on weekends) to see a special friend do her thing—entertain an audience. Kelly Clinton-Holmes (I’ve known her since she was a teenager singing at a couple local casinos) and Elisa Fiorillo were opening in the Pegasus Showroom at the Alexis Park Hotel on Harmon Ave, with their new show “First Ladies of Las Vegas Entertainment.”

Kelly, I believe, has found a great collaborator when she teamed up with Elisa, as many of you know Kelly likes to do the unusual at times. The common glue here, however, is they are both terrific singers, and both are a wee bit crazy (just kidding). The Pegasus has been around for a number of years and is a nice intimate room seating maybe a hundred comfortably. At one time it was a “hangout” for show kids following their own shows, and sorta slowly fell into  a state of limbo.  However, since Pete Housley took over the management of the room a while back it has slowly been climbing back up to the “place to be on a Friday or Saturday night.” And if his current booking is any indication—Kelly and Elisa on Friday, and Frankie Scinta on Saturday, he’s definitely on the right railroad track.

The two ladies open the show with a song written and arranged by them for this show titled “Cool.” It’s a salute to some of the great ladies who have entertained in our little village over the years, and how two girls from the east, a blonde and a red-head, discovered each other after coming west and learning by watching the best teachers in the world entertain. You really need to listen to the words, gang, ‘cause it tells a story. This is followed by “Thank You for Being a Friend,” and “I’m a Woman” combined with “I Want to Make Love to You.”

And what is singer or song without a great live band? And, Kelly and Elisa, have three of the best: Michael Clark on keyboard, David Ramirez on drums, and one of the best guys any band would want on the guitar, Dennis Blair.  Blair is a star in his own right as a vocalist and a stand-up comedian. He and Kelly go way back!

Elisa’s first solo for the evening is a terrific version of “Angel” giving Kelly a chance to make a costume change for her solo of “Boots R Made for Walking.” This is where Dennis comes in handy as both girls leave the stage,  and he steps forward and does his version of “I Hate Everybody or Catholic or The Text.”

The Impressions of the famous (and even none famous) by both girls will remain as a surprise as they are numerous and extremely funny. Thus, you’ll just have to go see the show.  Oh, and lest I forget, Dennis does his bit to help make a new impression really a fall-to-the-floor laugher.

The show closes with both girls on stage, dressed to the “nines,” with “Happy Days/Come On Get Happy” wonderfully presented, and ending with a reprise of “Thank You for being a Friend.”

Both shows—”The First Ladies of Las Vegas Entertainment” on Friday and Frankie Scinta on Saturday—are priced at $29.50 plus tax and fees for locals.  Showtime for both are 7:00 p.m. 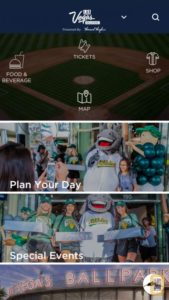 The Howard Hughes Corporation®, developer of the Summerlin® master planned community and the brand-new Las Vegas Ballpark®, home of the Las Vegas Aviators®, announced today the official launch of the Summerlin app in partnership with Venuetize, a mobile technology company. The Phase I release of the Venuetize-powered mobile app is designed to provide guests with a customizable and state-of-the-art experience within the Las Vegas Ballpark and Summerlin community for years to come.

The Summerlin app further establishes the community’s urban core as a vibrant sports and entertainment hub driven by innovation. As the second major sports facility in the Downtown Summerlin area and home of the Las Vegas Aviators, Las Vegas Ballpark now provides guests a new mobile experience that allows them access to a range of services that makes planning and enhancing their day at the Ballpark and within the Summerlin community easy and convenient. 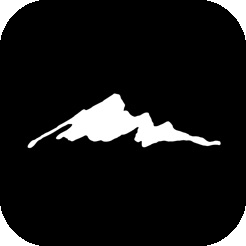 “With Las Vegas Ballpark, we have built a best-in-class venue consistent with the high standards of quality for which both the Summerlin community and The Howard Hughes Corporation are known,” said Danielle Bisterfeldt, Vice President of Marketing, Summerlin. “By partnering with Venuetize, we are able to incorporate new technology to not only engage with our fans at the ballpark but to offer a dynamic mobile experience that will guide their journey within the Summerlin community.”

Additional features in upcoming versions of the app will allow residents and guests to explore the Summerlin community as well as Downtown Summerlin in depth.

Tiger Woods wasn’t the only big winner on Masters Sunday. One bettor, James Adducci, successfully turned an $85,000 wager on Tiger to win the 2019 Masters into a $1,190,000 payout at SLS Las Vegas®.  The bet on Tiger to win the 2019 Masters Tournament was placed on Tuesday, April 9, 2019, at 14/1 (+1400) odds, at the resort and casino’s William Hill Sports Book. The win represents the largest golf payout in William Hill history.

“We are so excited to see this life-changing win here at SLS Las Vegas,” said Paul Hobson, President and General Manager of SLS Las Vegas. “Our partnership with William Hill is an important part of our growing casino offering and the thrills that come with it.”

“It’s great to see Tiger back. It’s a painful day for William Hill – our biggest golf loss ever – but a great day for golf,” said Nick Bogdanovich, William Hill US Director of Trading.

On August 13, 2018, Tiger opened as a co-favorite at 12/1 (+1200) odds (along with Jordan Spieth, Dustin Johnson, Justin Thomas, Tiger Woods, Brooks Koepka, and Rory McIlroy) to win the tournament. Before Sunday’s final round started, Tiger was available at 3/1 (+300) to capture his fifth Green Jacket.

The Plaza Hotel & Casino is planning downtown Las Vegas’ biggest party to celebrate Cinco de Mayo. The Plaza’s Cinco de Mayo party is free to attend and will be under the bright lights of the property’s iconic dome beginning at 7 p.m. on Saturday, May 4.

The outdoor party will feature a variety of entertainment, including Lucha Libre Wrestling, a Mariachi band and Folklorico dancers. A DJ will also be at the dome party spinning top radio hits with a mix of Latin music.  The Plaza will again have downtown’s largest piñata as well as authentic food and drinks specials will be available all night long, including street tacos from Zaba’s Mexican Grill, Margaritas, Micheladas, Modelo beer and shots of Patron Tequila. For more information, please visit https://www.plazahotelcasino.com/entertainment/cinco-de-mayo/ .

YurView, featuring the best of local and regional television content, will broadcast ten live baseball match-ups between the Las Vegas Aviators and various teams within the Pacific Coast League during their inaugural 2019 season. All games will be broadcast live from the new Las Vegas Ballpark on Cox cable channels 14 and 1014 in high-definition. 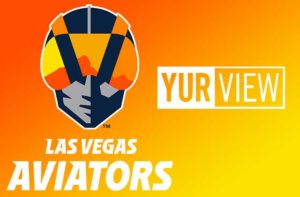 “We couldn’t be any more enthusiastic about supporting the inaugural year of a new Las Vegas sports franchise,” said Mike Bolognini, vice president and market leader of Cox Las Vegas. “Cox Communications has been providing regional sports broadcasting for over 17 years, but this opportunity to support the Las Vegas Aviators and fans in Southern Nevada with their first play-by-play action from a new team makes for a real high point.”

The Las Vegas Aviators are the Triple-A affiliate of the Oakland Athletics. The team, now in its 37th season overall as a franchise in the Silver State, is kicking-off its inaugural season in the new Las Vegas Ballpark. Each of the home games in the ten-game broadcast schedule begins at 7:05 p.m. PT.  The schedule is: April 27, El Paso; May 8, Salt Lake; May 22,  Albuquerque; June 5, Round Rock; June 22, Sacramento;  July 14, Salt Lake;  July 25,  El Paso;  July 30, New Orleans, and Aug. 4,  Oklahoma City.

Well, gang, have a great weekend, and hopefully I’ll see ya at Frankie Scinta’s show.