The Las Vegas Chapter of Speedway Children’s Charities will present the fourth annual Laps for Charity event at Las Vegas Motor Speedway (LVMS) on Sunday, Jan. 26, from 11 a.m.-4 p.m. NASCAR fans and car enthusiasts will have the unique opportunity to drive their personal vehicle around the 1.5-mile Super Speedway at speeds up to 75 miles per hour (behind a pace car), all in the name of charity.

The media was invited to come out the other day and run a few laps on the track, so we could explain what it feels like to go on a Super Speedway. Of course, yours truly, accepted the offer and took along, Jackie Brett, my former navigator when I was actively racing, to ride with me once again. At 75 mph, you do get some of the thrill you were hoping for, but not the adrenaline rush you were expecting. But, for those of you out there who have never been on a high banked speedway, you can’t beat this offer. It’s worth the experience, and it’s helping those who need your financial help.

Fans are invited to experience the drive of a lifetime, throttling their personal vehicle on the same track that the superstars of the NASCAR Sprint Cup Series will race on in the KOBALT 400 on March 9.

Laps for Charity is open to all licensed drivers, 18-years-of-age and older, and the entry fee is $30 per vehicle for three laps (and you can buy three more laps for just $20). All occupants of the car must be at least six-years of age or older. The vehicle must be street legal. Drivers must have proof of insurance. Car clubs and company fleets are welcome to participate. Drivers may have their picture taken in LVMS’s victory lane for an additional donation of only $10.

The event will be held rain or shine. Laps for Charity is sponsored by Las Vegas Motor Speedway, The CW/MY LVTV, Lotus Broadcasting and the Las Vegas Review-Journal. All proceeds from Laps for Charity will benefit the Las Vegas Chapter of Speedway Children’s Charities. More than 840 cars (including a limo) were entered in last year’s event and $32,000 was raised for local children’s causes. Participants may register online at www.scclasvegas.org. For more information, please call Paulette Anderson at (702) 632-8242 or e-mail SCC LV at [email protected].

Making a difference in a child’s life is the focus of Speedway Children’s Charities. SCC strives to do this in collaboration with the non-profit organizations it supports nationwide. Individually, SCC’s local chapters identify the needs of children in their communities, and award grants to organizations that address them. Since its inception in 1999, Speedway Children’s Charities has granted more than $2.5 million to local children’s causes. 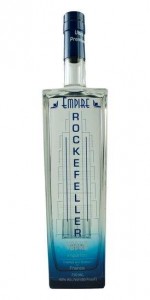 Empire Rockefeller Vodka has joined Las Vegas Motor Speedway’s family of official sponsors and products, and has been named the official Premium Vodka of the speedway. A member of the Vintage Rockefeller Wine & Spirits Group, Empire Rockefeller came to the market in 2012 and quickly earned respect for its unique smooth taste. It’s the only vodka in the world that is distilled six times in copper cognac kettles in the Cognac region of France.

“We are thrilled to introduce the Empire Rockefeller brand as the official vodka of Las Vegas Motor Speedway,” Chris Powell, president of the speedway, said. “We look forward to offering it to our adult fans during our upcoming NASCAR Weekend.”  The popular vodka will be served at all liquor hospitality areas during our NASCAR Weekend.

“As a lifelong NASCAR fan, I’m very proud and excited to have Empire Rockefeller as the Official Premium Vodka of Las Vegas Motor Speedway,” Steve Goldberg, president of the Vintage Rockefeller Wine & Spirits Group, said. “We believe this is a fantastic partnership between the world’s premier location for a racing facility – Las Vegas – and the smoothest vodka in the world.”

Silverton Casino Hotel’s Big Game, Big Apple Style Party is twice the fun this year. Football fans have been waiting all season for the first outdoor, cold weather game held in New Jersey, and Silverton invites you to a front row seat. Silverton is offering two venues to experience the 2014 Big Game Sunday, February 2, with doors opening at 2:30 p.m. Veil Pavilion is hosting the game where the $50 entry includes unlimited food and two drink tickets. Sports fans at this venue will have a chance to win the Grand Prize of two tickets to see Lady Antebellum in Las Vegas, along with other great prizes and giveaways. Drink tickets include draft beer, house wine, or well cocktails. The game will be broadcast on massive screens in high definition, and guests won’t miss a second of the action while placing bets courtesy of Cantor Mobile Gaming.  Silverton’s second venue will house the more intimate gathering at Mi Casa Grill Cantina, where the $40 entry also includes unlimited food and two drink tickets. Drink tickets include draft beer, house wine, well cocktails or house margaritas. Guests must be 21 years of age or older. Tickets may be purchased by visiting the Silverton Box Office, by calling 702-263-7777, or online at www.silvertoncasino.com. The Silverton is located at 3333 Blue Diamond Road.

Hakkasan Las Vegas Restaurant and Nightclub at MGM Grand Hotel & Casino presented a sizeable donation of $50,636.00 to Three Square Food Bank during its first “Hakkasan Gives Back” initiative, Tuesday, Jan. 14. Vice President of Restaurants (US) for Hakkasan Limited, Omar Gutierrez, presented the donation to Three Square’s Chief Development Officer, Matt Muldoon, in a customary red envelope to symbolize good fortune, health and happiness. Gutierrez and Muldoon shared several touching moments as they highlighted what this donation means to the community.  “We are so pleased with the results of this fundraising and volunteer effort,” stated Gutierrez. “Three Square has been a wonderful and deserving partner and we are excited to continue our community efforts during many more ‘Hakkasan Gives Back’ projects.” For each guest who dined at the restaurant this past December, Hakkasan Las Vegas donated $5.00 to directly support Three Square’s hunger relief programs and its nearly 600 Program Partners in Southern Nevada, which includes food pantries, soup kitchens, shelters, after-school programs, faith-based organizations, senior centers and more. Guests were also given the option to donate on their own along with their check. “I was just talking to my 6-year-old son this evening about having a snack before dinner,” said Muldoon “and I realized how lucky he is to have that basic need, as so many others do not,” he continued. “One in six are struggling with hunger in our community. What Hakkasan has given us today will allow us to serve more than 150,000 meals to those in need. It’s a huge step towards helping us achieve our goals.”  Additionally, the entire Hakkasan Nightclub staff participated by individually raising contributions, and donating their personal time in order to give back and support Three Square.

Well, gang, get out to the speedway and have a fun time helping those who need our help.