Well, gang, the run to the Stanley Cup is over. The Vegas Golden Knights were fabulous! The team, and that includes the owner and management, did everything right. The players became our (the people of Nevada) Angels at a time when we needed them. The Knights were here when on Oct. 1, 2017 a horrible event took place on the Las Vegas Strip for ever to be remembered as the Route 91 Harvest music festival massacre, where 58 lives were taken and more than 500 were injured.

And nine days later, in the middle of an ice rink at the T-Mobile Arena, our Golden Knights stood in full uniform, along with many first responder’s, when a member of the team skated to the front. That man was Deryk Engelland, who had made Las Vegas his home in 2004. Deryk turned professional in 2003–04, splitting his inaugural season between the Las Vegas Wranglers (when he made his home here) and the Lowell Lock Monsters of the American Hockey League. He returned to Las Vegas to play the entire 2004-05 season as a Wrangler.

In his short speech, Engelland promised Las Vegas that this team would make us (residents of Las Vegas) proud. And they did just that! We needed a lift. And the Knights became golden. I can’t praise them any higher than to say, “You made me proud to say I live in Las Vegas!”

I have had many great sports moments during my 85 years on earth. I worked for the former Heavyweight Champion of the World Joe Louis as his publicist. Among a number of great fights, three standout and those involved Cassius Clay’s first west coast fights (before he became Muhammad Ali), where I also became a friend of Sonny Liston.  In 1961 I became a sports writer for Copley News Service. I got to mingle with some of the greatest sports figures who played for the Los Angeles Rams, Los Angeles Lakers, the Dodgers and Angels, and a whole bunch of wonderful professional boxers. I even covered a couple of Hockey games at the Los Angeles Memorial Sports Arena, where the Lakers played.

I watched Bo Belinsky pitch the first no-hitter for the then Los Angeles Angels on May 2, 1962 at Dodger Stadium; sat and watched the great Sandy Kofax pitch a couple of his four no-hitters and was there the evening of Sept. 9, 1965 when he pitched his perfect game. I also sat in the press box and watched The Dodgers shut out the Yankees in four games to win the 1963 World Series and was in the press box (My last days with Copley as I was moving to Las Vegas to become a featured sports columnist for the L.V. Sun) when the Dodgers and Kofax beat the Minnesota Twins in seven games to capture the 1965 World Series. Kofax pitched two shutouts, and the great Don Drysdale took home a victory. Just a few of the great moments I have experienced during my lifetime.

But that short speech by Engelland will forever be etched in my brain. The City of Las Vegas gained its spirit back that night with a victory, and of course the rest is Sports History. Vegas Strong 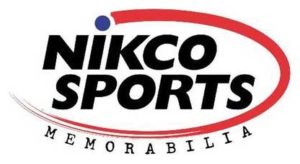 Since 1990, Nikco Sports has proudly offered exclusive sports memorabilia to over 350,000 satisfied customers around the world. They offer customers unique and exciting products across all major sports leagues, including the NFL, MLB, NBA, NHL, and NCAA.

And, right now, you can still purchase a limited edition (just 5,000 sets will be produced) hockey puck sets for the Golden Knights Foundation.  The 4-puck sets are pictured on the company’s website at www.nikcosports.com and can be purchased for $99.  Part of the proceeds goes to the Foundation in Las Vegas which helps out local youth, military, first responders and helps the homeless. These historic sets make great Father’s Day gift ideas and can be ordered by calling 1-800-345-2868.

As we all know the Golden Knights made history this past season with 51 wins and made it to the Stanley Cup Finals, which set a record in all the history books past, present and future, for an expansion team. That’s why I personally ordered two of these sets myself, plus ordering my sets to be part of the 200 to be signed by two of the Knights. I just think that people, when they gather to talk about sports, one of the subjects will always be the 2017-18 Golden Knights. What’s a better way to celebrate the team than to purchase one of these sets. Just saying!

Not only do they put together hockey stuff they do the full gamut of sports. Just a few of the athletes they have worked with include: Russell Wilson of the Seahawks; Kevin Durant; Peyton Manning; Mark McGwire and his commemorative bats; Stephen Curry, and Kurt Warner who staged the second private autograph session ever held in St. Louis, Missouri in November 1999. Kurt signed exactly 500 commemorative products.

Nikco Sports believes in giving back. As a company, there commitment to the community has taken the form of a wide-range of charitable contributions. Since its inception, the company has given over $2.1 million to the Make-a-Wish Foundation, the Ronald McDonald House, the United Way, and hundreds of other deserving charities. When you choose Nikco Sports, you’re dealing with a company that some of the greatest and most respected athletes work with because they trust them. contact them at: 1-800-345-2868, 1-636-777-4070, fax 636-777-4071, or [email protected].

After winning the Stanley Cup for the first time in franchise history, the Washington Capitals celebrated at Las Vegas’ legendary Hakkasan Nightclub early Friday morning, just hours after they were crowned. The champagne-soaked NHL champions arrived at the MGM Grand hotspot at 1 a.m. with the Stanley Cup in hand. Alex Ovechkin led his team to two VIP tables while hoisting the Cup over his head as he walked through the club. After setting hockey’s top prize down briefly to kiss it, he again hoisted it above his head and went straight to the DJ booth. “Ovi” then returned to his VIP table where he joined the rest of the champions, including Braden Holtby, T.J. Oshie, Brooks Orpik. Moments later, “The Great 8” again took the cup to the DJ booth to celebrate with Tiesto, who was manning the turntables — both were seen kissing the cup. “Ovi” later led the crowd in a “Let’s Go Caps” chant, despite the fact he was in enemy territory, having just dispatched the home team, the Vegas Golden Knights.

Westgate Resorts, one of the world’s largest resort developers, has been named title sponsor of Las Vegas Motor Speedway’s September NASCAR Camping World Truck Series race. The World of Westgate 200 will take place at the 1.5-mile superspeedway on Friday, Sept. 14, and is the second of four consecutive days of racing at the dynamic motorsports facility. The NCWTS event will be preceded by the Star Nursery 100 NASCAR K&N West Series race at the LVMS Dirt Track on Thursday, Sept. 13, and will be followed by the DC Solar 300 NASCAR Xfinity Series race on Saturday, and the South Point 400 NASCAR Monster Energy Cup Series race on Sunday. 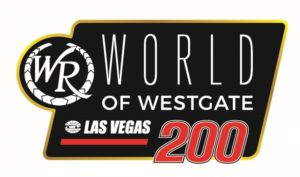 “We’re excited to welcome Westgate Resorts to the LVMS sponsor family, and we couldn’t be more thrilled about our September race week,” LVMS president Chris Powell said. “We now have four top-notch sponsors for our quartet of NASCAR events this fall, and the World of Westgate 200 will be a big part of an historic time at our facility. It’s shaping up to be a wonderful week, and our fans are in store for an amazing racing experience they won’t soon forget.”

The World of Westgate 200 will be the second race of the Truck Series playoffs.

The Plaza Hotel & Casino will host its annual Independence Day party on Saturday, June 30 at 7 p.m. on its fully renovated rooftop pool. At the party, which is free to attend, guests can swim or relax poolside while a DJ plays crowd favorites. The party will also feature a hot dog eating contest, a festive drink special and made-to-order poolside fare from the Pool at the Plaza Food Truck. The festivities will culminate with spectacular fireworks show lighting up the downtown skyline at 10 p.m.

At 8 p.m., the Plaza Hotel & Casino will host downtown Las Vegas’ first-ever hot dog eating contest in the style of the famous event held annually at Coney Island. The winner of the contest will receive a grand prize valued at more than $1,000 that includes $200 cash, a 2-night stay at the Plaza, a free cabana rental plus a $50 food and beverage credit, $150 to Oscar’s steakhouse, two tickets to “A Mob Story” opening in July, breakfast at Brightside Breakfast & Burgers and match play. The contest, sponsored in part by Hoffy Hot Dogs, will be limited to 10 participants, 21 years of age or older. Registration is open online until June 20.

A festive holiday drink special will be available at the Pool at the Plaza’s cocktail bar. Guests can buy one, get one free of the Firework cocktail (a red, white & blue mix of Strawberry Daiquiri, Pina Colada Rum and Blueberry Lemonade Vodka for $12). The pool bar will also offer a selection of frozen and specialty cocktails as well as beer and wine. Guests will also enjoy made-to-order poolside fare from the Pool at the Plaza Food Truck, including a Taco Trio, nachos, chicken fingers, burger, BLT, or hot dog and a selection of fresh salads and sides.

At the end of the night, the Plaza will shoot live fireworks from multiple rooftop locations at approximately 10 p.m. The show will last approximately 4 minutes, and while the best views will be from the Plaza’s rooftop pool party, the fireworks will no doubt be seen in the sky for miles around.

Well, gang, can’t wait to get those special Hockey Pucks in July.