It’s been 11 days since the “bum” shot and destroyed the lives of 58 souls, and harmed another 498 citizens of the world, who were here in Las Vegas to enjoy a country concert. We will never know what made the guy, who seemed to have the world as his oyster ($$$$), and yet he began amassing a collection of guns, bump stocks, and ammunition to arm a small army. One could say the guy was a nut case—No, that would give him an excuse. No, we will never really know why he did what he did, no matter how hard we try. The one thing for certain is that we, who live here, came together in our Village, and showed the world just how strong we are. Vegas Strong was born on 10/1/2017!

And I must say, once again, the NRA, the legislators of every state in the union, and Congress must now (no more excuses) pass a law outlawing any gun that can be converted from semi-automatic to automatic and the bump stocks. If not these type of shooting events will continue. What city will be next? Will there be a “Black Sunday” type of event (remember the movie) one day? Lone wolfs cannot be prevented. But, if we limit access to these weapons of war, then we do have a chance of limiting the damage. I’m not saying take away our guns! I think the laws currently in force of background checks are okay, but could possibly be improved. All I’m saying is let’s make it hard for a person who is sane today, can’t legally have in his possession a gun capable of a massacre if he gets angry and goes berserk. A hunting rifle is wonderful for hunting. A hand gun is great for self-defense. Those weapons can’t kill and wound more than 500 humans before being stopped. That’s all I’m saying! Vegas Strong 10/1!

Now I’m taking the liberty to inform you of a couple of things that will be happening soon in our Village, written by my friend columnist John Katsilometes of the Las Vegas Review Journal. His column follows:

The Strip’s newest arena and one of its lavishly appointed theaters will reportedly be the site where Las Vegas entertainers will coalesce to show strength and support following Oct. 1’s mass shooting on The Strip.

Though not yet announced, an all-star show headlined by some of the world’s biggest touring and recording artists is being planned for T-Mobile Arena. I’m confidently informed this spectacle, which should become the largest single-day charity event ever in Las Vegas, is likely to be staged in November, based on T-Mobile’s availability.

Concurrently but unrelated to that event, a show titled “Vegas Cares” spotlighting entertainers who make Las Vegas home has been set for Venetian Theater on from 1-4 p.m. Nov. 5. Vegas-based performers Clint Holmes, Frankie Scinta and Murray Sawchuck and The Best Agency founder Ken Henderson are leading the “Vegas Cares” effort, which will embrace the vast Las Vegas family of performers.

Expect to see Cirque du Soleil artists, stand-up comics, magicians, and musicians all in the show’s running order. The event is to raise money for the Las Vegas Victims’ Fund set up by Clark County Commission Chairman Steve Sisolak (the campaign has raised more than $10 million). The show is also to honor the first responders, health-care professionals and others who acted selflessly and heroically amid the worst mass shooting in U.S. history.

“I feel the same as everyone who is experiencing this tragedy, and it’s just shocking,” Holmes says. “I really think we need to embrace those first responders. These people are part of our family, and to honor them is reason enough to do this.”

Longtime Las Vegas producer Blair Fairington of “Baz: Star Crossed Love” at Palazzo and music director Keith Thompson (late of “Jersey Boys” at Paris Las Vegas and the founder of The Composers Showcase of Las Vegas) lead the creative team. Tickets are $30 and will be on sale later this week through The Venetian box office and Ticketmaster.

The show at T-Mobile reflects a swift response from superstars worldwide who have offered their drawing power in the week following Sunday’s tragedy at Route 91 Harvest at the Village. The mass shootings at the popular country music festival, which had a sold-out crowd of 22,000 on the 15-acre site, left 58 concertgoers dead and nearly 500 injured.

The T-Mobile show’s impact should be enormous. No entertainer is deemed too large for the event, which is so far untitled but designed to welcome stars, no matter where they performed in Las Vegas.

Organizers are using contacts with such touring heavyweights as AEG Live (a partner in T-Mobile Arena) and Live Nation.

Without naming names — talks are early and fluid — the show’s performers will include headliners at MGM Resorts’ most prominent venues (particularly The Park Theater), Caesars Entertainment Corp. theaters (including the Colosseum at Caesars Palace and Axis theater at Planet Hollywood Resort), The Joint at Hard Rock Hotel and Pearl Concert Theater at the Palms.

Touring acts that have performed at T-Mobile, MGM Grand Garden Arena, Mandalay Bay Events Center and at multiday events such as Life is Beautiful are also expected to contribute.

The two shows share the spirit of the USO benefit show on Nov. 11, 2001, which was produced by Smith Center President Myron Martin and starred several Strip headliners — including Holmes and Scinta — at Mandalay Bay Events Center.

The Venetian Theater event folds in the original “Vegas Cares” benefit show, set for Oct. 29 at Palazzo Theater to aid in hurricane recovery efforts. That show has been canceled. Also moved off the schedule is an Wednesday night fundraiser featuring a lineup of top chefs at Tropicana, with those resources being channeled to the new “Vegas Cares” show Nov. 5.

The Howard Hughes Corporation® (NYSE: HHC) announced today its plans to develop and construct a baseball stadium in Downtown Summerlin® on approximately eight acres just south of City National Arena, the National Hockey League practice facility for the Vegas Golden Knights.  The new stadium, to be named the Las Vegas Ballpark, will be the future home of the Las Vegas 51s, the city’s professional baseball team.  The team, a member of the Pacific Coast League (PCL) and a Triple-A affiliate of the New York Mets, is wholly owned by The Howard Hughes Corporation, which acquired full ownership interest earlier this year.

Today’s announcement followed a vote by the Las Vegas Convention and Visitors Authority Board of Directors approving a marketing partnership that gives LVCVA naming rights to the stadium.  In addition to serving as the home of the Las Vegas 51s, Las Vegas Ballpark will host civic, community, nonprofit and sporting events.

The Las Vegas Ballpark is being designed by HOK, a global architecture firm with an expertise in stadium design, having designed more than 40 professional and collegiate stadiums worldwide.  The 10,000-fan-capacity stadium blends the distinct architectural style of the Summerlin® community with the aviation legacy of Howard Hughes.  The ballpark will provide a wide range of seating options including 22 suites, club seats, berm seating, party zones and decks, picnic tables, kids’ zone, bars and even a pool beyond the outfield wall.  Designed to create a festival-like atmosphere in Downtown Summerlin, the site will be landscaped to complement the master planned community.  Parking will be conveniently located on adjacent sites.

According to David R. Weinreb, Chief Executive Officer of The Howard Hughes Corporation, today’s announcement is the result of years of planning for the company and community stakeholders, including Clark County and the LVCVA.  “Together, we have worked tirelessly to bring this much needed initiative to fruition for the benefit and enjoyment of the entire Southern Nevada community.  The ballpark will further distinguish Downtown Summerlin as a vibrant destination and give valley residents a first-class amenity and the opportunity to enjoy professional baseball in an inviting and family-friendly environment.” 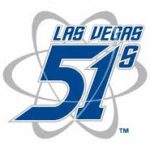 “The 51s baseball team has been a staple in the Las Vegas community for over three decades,” Don Logan, President/COO, Las Vegas 51s said.  “With a new home in Downtown Summerlin, the future of professional baseball in Southern Nevada looks exceptionally bright.  We are confident this location, which is easily accessed from all regions of the valley via the 215 Beltway, will help grow our fan base and introduce new generations to America’s favorite past time.  We can’t wait to put down roots in Downtown Summerlin, a destination that already has a reputation for best in fun, family-oriented entertainment.”

The numbers have been crunched and verified, and another Bullring regular season is in the books after a thrilling Championship Night last Saturday.  Six first-time track champions joined four-time season titlists Aaron McMorran and Justin Johnson as kings of 2017 at the Las Vegas Motor Speedway short track, and there was plenty of history to delight die-hard race fans. McMorran became the first driver in Bullring history to double down and win two divisional crowns in the same season when he held off the Jacks brothers in the NASCAR Bombers division, while Johnson was the lone 2016 champion to successfully repeat after taking the NASCAR Super Late Models championship again this season.

McMorran finished 18 points clear of Kyle Jacks by a count of 284-266, with Sam Jacks a close third with 262 points. Johnson’s triumph came by the slimmest of margins, 274-270, over four-time track champion Peyton Saxton despite Johnson being forced to a backup car on Championship Night. Court Connell capped a triumphant move to the NASCAR Super Stocks division with a season points title after topping UNLV student Johnny Spilotro 240-208 in the final standings. Mason Sargent – whose father, Don, won the division’s title in 2016 – was third at 204.

All track champions and top finishers will be honored at the annual Bullring Awards Banquet at Sam’s Town Live on Saturday, Nov. 4. Tickets must be purchased in advance and will not be sold at the door, and anyone interested in attending should call the LVMS Ticket Office at 702-632-8059.