The WNBA and NBA Board of Governors have unanimously approved the relocation of the San Antonio Stars to Las Vegas, WNBA President Lisa Borders announced today.  MGM Resorts International will own and operate the team, which will begin play in Las Vegas in the 2018 season. The team’s home arena will be the Mandalay Bay Events Center, one of the city’s premier entertainment venues, having hosted major concert and sports events since opening in 1999.

“We are thrilled to bring the first major professional basketball team to Las Vegas,” said Borders.  “This city and MGM Resorts are synonymous with world-class entertainment.  With its culture of diversity and inclusion, MGM Resorts is an ideal fit for the WNBA.”

A leading entertainment and hospitality company, MGM Resorts International is renowned for its resorts and entertainment venues around the globe.  The company is based in Las Vegas, which sees more than 43 million visitors from around the world annually.  MGM Resorts’ brands include the iconic Bellagio, Mandalay Bay, and MGM Grand, and the company has a storied history of hosting many of the city’s biggest entertainment and sporting events.

Lilian Tomovich, the company’s Chief Experience & Marketing Officer, said, “We are delighted to welcome the WNBA as our newest partner in professional sports.  We appreciate, now more than ever, the league’s confidence in Las Vegas and believe the team will be a tremendous addition to the city.”

In addition, MGM Resorts International has named Bill Laimbeer as the team’s President of Basketball Operations and Head Coach.  A two-time WNBA Coach of the Year and three-time WNBA champion, Laimbeer played 14 NBA seasons and won back-to-back titles with the Detroit Pistons in 1989 and 1990.  The four-time NBA All-Star finished his career with 13,790 points and 10,400 rebounds, retiring in 1993 as one of 19 players in league history to eclipse 10,000 in both categories.  Detroit retired his No. 40 jersey in 1995.  The Stars franchise was originally established for the WNBA’s inaugural season in Salt Lake City before moving to San Antonio prior to the 2003 season.

The WNBA – which features 12 teams and is the most successful women’s professional team sports league in the world – is a unique global sports property combining competition, sportsmanship, and entertainment value with its status as an icon for social change, achievement, and diversity. Through WNBA Cares, the WNBA is deeply committed to creating programs that promote a healthy lifestyle and positive body image, support.

There won’t be any tricks but it will definitely be a treat when Las Vegas international award-winning horror author S.D. Moore joins other authors from 2:30-4:30 p.m. on October 29th at the Enchanted Forest Reiki Center, 2280 S. Jones Boulevard, for a book signing and meet-and-greet to benefit Alzheimer’s Nevada. All proceeds from the sale of her book “Wicked Prayers” will benefit the organization. Last month, Moore received the coveted 2017 Gold Medal (1st place) Award in the Fiction-Horror Category in Reader’s Favorite Annual International Book Award Contest for “Wicked Prayers.”

“As a child, I watched a very Christian woman try to contact her dead sister by placing a letter to her on top of a glass of water sitting on her nightstand before she said her bedtime prayers,” Moore explains. “Spiritualists call this practice water gazing.  I used ‘Wicked Prayers’ to explore the question ‘What if evil came through that spirit door instead?’ in grand ole horror novel fashion.”

However, the story doesn’t end there. More than a work of fiction, if one could read between the lines, one would learn how Moore, an Air Force veteran, battled to turn a severe brain injury into an award-winning “stroke” of genius novel.  For more than 20 years, the Detroit-born Moore has called Nevada home. (She was stationed at Nellis from 1996-2000.).  Joining the Air Force in 1986 when she was in her early 20’s, a few days after returning from her deployment to Northern Iraq in March 1993, she suffered a stroke that destroyed one half of the communication sector of her brain. Moore knew that there was something drastically wrong when she couldn’t even spell the words “the” or “very.”  She was also having headaches and nausea everyday as well as experiencing weakness and temporary paralysis in her right arm and leg. She started doing exercises to increase her hand-eye coordination and restore the strength in her extremities.

“My brain eventually rewired itself and after it recovered, my mind suddenly became alive with invention, lyrics, and stories,” Moore relates. “I became obsessed with creating an appliance. I invented the Portable Hot Sink System, which was patented in 2000. And I started writing songs, one of which, called ‘Q-Low,’ was published by BMI. I started writing ‘Wicked Prayers’ in 1999 but I kept getting sick. Over the years, I suffered through additional cardiovascular issues, systemic Gulf-warfighter Lupus ailments, and nearly dying in 2005. As a result, every character in the book represents something that was going on with my body along with the different aspects of my personality. Writing it was cathartic for me. I wanted to challenge myself because of the stroke.”

Thus, the book’s message:  In the face of overwhelming odds, keep fighting.

The Readers’ Favorite International Book Award Contest featured thousands of contestants from around the world, ranging from new independent authors to NYT best-sellers and celebrities. Previously, actors Jim Carey, Henry Winkler, and Eric LaSalle won writing awards in this competition. Moore’s humorous children’s series, “The Adventures of PJ and Split Pea,” which also earned a 1st prize Reader’s Choice award in 2011, also earned an Honorable Mention award in the international contest. Alzheimer’s Nevada offers local services and support to Alzheimer’s families and caregivers. There is no fee to attend the October 29th fundraiser and a purchase is not necessary. 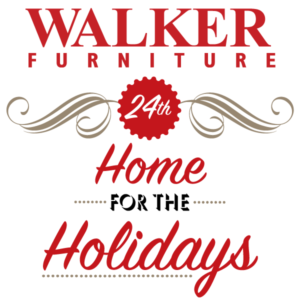 Walker Furniture is seeking nomination letters Oct. 15 through Dec. 3, 2017, to assist individuals and families in Clark County in need for the 24th “Home For The Holidays” program. The search this year will provide 35 recipients (up from 30) with an entire houseful of new furniture.

Knowing the holidays will be a little brighter for 35 families, Larry Alterwitz, CEO of Walker Furniture, is excited to start the holiday spirit of giving by announcing the Home For The Holidays program. Collaborating again with Walker, Helping Hands of Vegas Valley is the preliminary committee reading all the letters. Their expertly trained staff visit and identify the nominated families evaluating the most genuine need. Las Vegas Rescue Mission supplying food and toys along with support from other vendors and community entities. Nominating letters describing a person or family’s situation come from anyone in the community including teachers, health care professionals, social service workers, clergy, friends, neighbors, and family members.

Running the gamut of extraordinary situations, recipients have usually endured a variety of hardships such as: single-parent households with financial difficulty; families with children suffering from physical or mental disorders; the loss of homes and belongings from fires; and families affected by illness, domestic violence or sexual abuse are just some examples. Examples of past heart-wrenching stories include: four minor children being raised by grandparents because their mother was shot and killed by their father; a single working mother of five needing beds, chairs, and a dining table; a single-parent family of five with one child having a brain injury requiring ongoing therapy and the entire family sleeping on the floor.

Letters must be received by Sunday, Dec. 3, 2017, to be reviewed by the outside, independent panelists. Helping Hands of Vegas Valley, a local nonprofit organization servicing seniors with free assistive services, will read and verify the thousands of letters received. An Executive Committee comprised of Mayor Carolyn Goodman, Las Vegas Metropolitan Police Department, other community leaders and local media personalities will make the final selection for the 35 recipients, who will be notified the week of Dec. 11. Furniture delivers will begin Friday, Dec. 15.

Letters can be mailed by U.S. Postal Service, faxed, hand-delivered or emailed to [email protected]. Letters can also be submitted online by visiting the Walker Furniture’s website www.walkerfurniturehomefortheholidays.com starting Oct. 15. Home For The Holidays is the largest annual charitable endeavor for Walker Furniture, which has a long history of contributing to worthwhile community causes. The program was started in 1994 with deliveries to 12 families.

Bill Fayne and his new “Backstage Cabaret,” will take place the 4th Tuesday of each month beginning Tuesday, Oct. 24, at THE SUMMIT, 2215 Thomas Ryan Blvd., in Summerlin, next door to the STARBRIGHT THEATER. The shows will run between 7:00-9:00 p.m. There will be food and soft drinks for purchase, as well as a full bar.  Each show will feature four to five singers, with each act doing a 20-30-minute set.

“I’ll also include a ‘spotlight’ singer or two, and of course, there could always be a surprise or two, who knows?” Fayne said. ” Music will most often be from either musical theater or the Great American Songbook. I want this to feel just like a New York City cabaret, where actors and singers can come in and work on material, shoot video, promote other shows, or just to have some fun performing. The room seats about 100 and I hope we can fill it each month.”

Fayne also explained that this is something he has wanted to do ever since he moved to Las Vegas, way back when.  Bill arrived in Las Vegas along with Clint Holmes, as his conductor, and has never left.

“Each month I hope to spotlight a new or young performer. I believe that everyone has a story to tell, so come out and tell yours in a song, or put together a mini-show…20-30 minutes about life, love, career, inspirations, icons, ‘the biz’ or anything! But, don’t just dream about it. Do it and tell your story!”