For the 11th consecutive year, the city of Henderson hosts the Best in the Desert Henderson 250 off-road race championship weekend, Friday, November 30-Saturday, December 1. The event features pre-race festivities, including Tech & Contingency and a fan expo, concluding with the Henderson 250 Desert Race, and 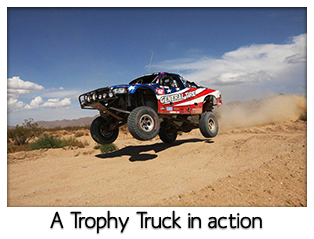 More than 150 race teams, representing 30 professional and sportsman classes, are expected to compete in the Henderson 250, the final race of the 2012 Best in the Desert racing season, on Saturday, December 1, just 35 minutes south of Henderson in Jean, Nevada. The chase for the championship begins with the first race at approximately 6:15 a.m. for motorcycles, quads and UTVs, followed by the second race kicking off around 9 a.m. and the last race starting at 12:40 p.m., both of which feature cars, buggies and trick trucks.

Featuring a challenging multi-loop course, the Henderson 250 allows off-road enthusiasts a chance to catch all the racing action. Multiple spectator areas are designated for fans, allowing them the chance to cheer for their favorite driver.

Prior to race day, Henderson’s historic Water Street District hosts an off-road fan expo, Friday, November 30 from 10 a.m. – 6 p.m. The show features a variety of festivities, including race vehicle displays, automotive and merchandise vendors, along with the Henderson 250 Tech & Contingency, where fans have access to watch official race inspections.

For more information on the Henderson 250, please visit HendersonLive.com. or call the city of Henderson Cultural Arts & Tourism Department at (702) 267-2171. Find us on Facebook and follow us on Twitter.

The city of Henderson supports the Americans with Disabilities Act (ADA). Advanced notice may be necessary to ensure that appropriate accommodations will be provided. For full telephone, use Relay Nevada by dialing 7-1-1.

Founded on whiskey, poker and wild women, liquor has always been an integral part of the Golden Gate Hotel/Casino.  The historic property, located in downtown Las Vegas, has witnessed the rise of the Sin City liquor trade, its retreat underground during Prohibition and its ultimate embrace by a modern city void of 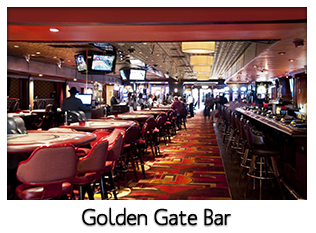 open container laws. Paying tribute to its notable past, Las Vegas’ original hotel and casino introduces a vintage cocktail menu inspired by the Jazz Age and Prohibition and Rat Pack eras. Today, as uninhibited celebrants sip libations at any of the three bars, whiskey bottles found hidden in Golden Gate’s walls are displayed in
the lobby as reminders of the hotel’s historical ties to alcohol. This reporter remembers going to the “Gate” for the first time, back in 1965, for not only a 50 cent drink, but its famous Shrimp cocktail that was first introduced in 1959, and was also just 50 cents.  Those were the days my friend, the days of reasonable prices.  Featuring hand-crafted drinks, complete with throwback names, each cocktail is served in a discreet coffee mug – a method employed by Prohibition drinkers to elude lawmakers. The new cocktail menu is served inside at the original Casino Bar, where notable figures, including members of the Rat Pack, once drank. Guests are
invited to step back in time while sipping seven storied new menu additions:

One of Golden Gate’s most famous patrons, Frank Sinatra, would sit at Casino Bar for drinks before and after performing nearby. Now, the Frankie Two Fingers commemorates his exact order at Golden Gate – two fingers of Jack Daniels, a splash of bottled water and four ice cubes.  Another drink is a nod to the Italian immigrants who developed the city’s industry, and is Las Vegas’ version of the traditional French Kiss Cocktail. The Italian Kiss combines Amaretto and Southern Comfort for a smooth, sweet finish.  Legend has it that a Prohibition favorite was named for an army captain in World War II France who liked to drive to his favorite bar in a motorcycle sidecar. Golden Gate’s Flaming Side Car features the classic combination of Grand Marnier, Cognac and Rum and is garnished with a flaming lemon rind. The original Stinger recipe has a mysterious origin and is said to have been an after-dinner drink for New York City elite, or perhaps drank by Prohibition partiers for crème de menthe’s ability to mask the scent of boozy breath. Golden Gate recreates the tasty Jazz Age drink as the Jazz Stinger, featuring cognac and crème de menthe liqueur. Golden Gate’s Satchmo Fizz is named for jazz crooner Louis Armstrong’s famous moniker, and is a recreation of his favorite beverage. The Sin City performer would delight in this classic gin fizz made with Bombay Sapphire.

The Golden Gate is Las Vegas’ most historic hotel and casino, opening in 1906 at One Fremont Street.  Its legacy spans the birth of Las Vegas, the Roaring 20s and the Rat Pack era. The hotel/casino recently completed its first major expansion in 50 years, adding a 35,000-square-foot luxury tower with 16 suites, an expanded gaming floor with a high-limit pit featuring its signature dancing dealers, and a new lobby displaying artifacts from its historical past.  The result is an intimate, boutique hotel/casino that is energetic and contemporary, yet preserves its historic character.  It is conveniently located at the entrance to the Fremont Street Experience with the biggest video screen on the planet—10 stories tall and 4 blocks long, featuring free indescribable light shows. What happens in Vegas … started at the “Gate.”

Glittering Lights, the holiday drive-through spectacular at Las Vegas Motor Speedway, awaits your arrival gang. We attended a media night last week, and took a ride through the display, which is truly a fantastic presentation, as Glittering Lights is back for its 13th season.   It took a lot of man hours to make it available to the public, as the speedway enters its third year of participation.  To show the Armed Forces its appreciation, the promoters are offering free admission to vehicles with veterans or active duty military personnel.  Friends and family can also experience the show for free, as there is no restriction on the number of guests that can ride in the vehicle.  Free admission for active or veteran military will be offered beginning Monday Nov. 26, through Thursday the 29th from 5:30-9 p.m. “We support and appreciate the sacrifices military men and women have made,” stated Shannon Bentham, co-founder of Ivory Star Productions. “During this holiday season we wanted to give them the opportunity to relax with family and friends and enjoy the show.”

Well, gang, that’s about it for this week.  I’m outa here!