The following story appeared on the Las Vegas Sun web page June 23rd. I have tried to find the name of the author; however, it was not listed with the story. Therefore I believe, after some research, that Robin Leach (formerly with the Sun newspaper) was the author. Anyhow, who-ever the writer is, I just want to compliment the person for doing such an in depth story for readers of the Las Vegas Sun. It is a damn good story and a great interview with Myron Martin, President of the Smith Center, about the new show coming to the center, “Idaho.” Please read on: 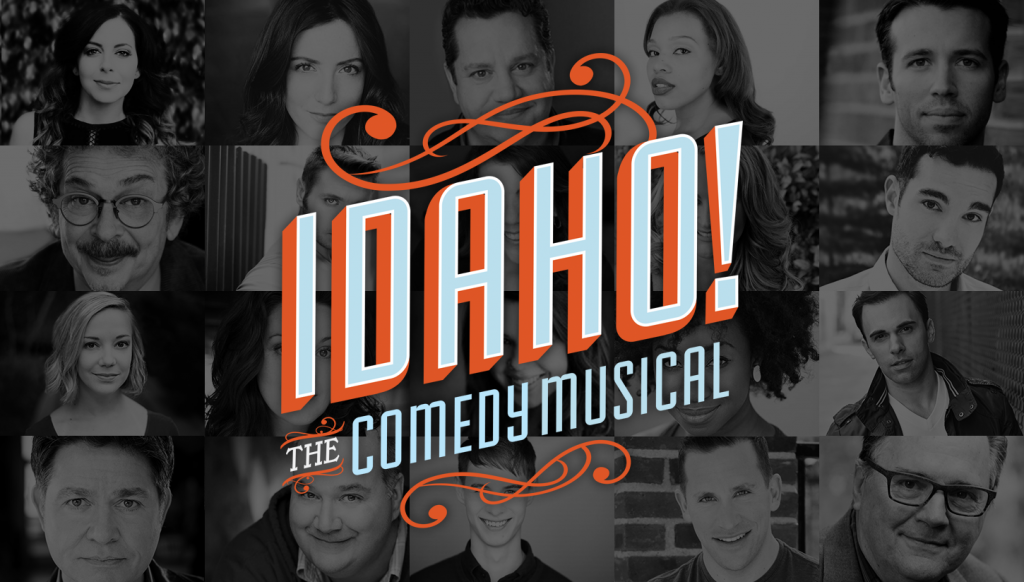 During the opening number of “Idaho! The Comedy Musical,” at the Smith Center for its first preview night July 6 and its gala celebrity premiere July 9, a bare-bottomed young man runs across the stage. “It’s a signal to say that this ain’t your grandmother’s prairie musical,” creator and writer Buddy Sheffield told me Wednesday.

After “Cabaret” loaded out its lighting and scenery Monday morning, in came the technicians to hang the lighting for “Idaho!” Today, all the scenery — all made here in Las Vegas — is installed.  I watched the cast run through three wild musical numbers Wednesday. They are finger-snapping, toe-tapping memorable tunes that also pack a punch. Musical Director Keith Thompson (“Jersey Boys,” “Hairspray,” “Mamma Mia”) is the creative genius at the black-and-white keys. The director is Matt Lenz, also of “Hairspray.”

Who would have thought that the moon over our nearby state would be shaped and colored like a potato? This show is irreverent and hysterically funny with a Monty Python wackiness to it. As one critic who saw the New York run-throughs said: “It’s like ‘Oklahoma’ meets ‘Blazing Saddles’ with a side of mashed potatoes.”

At the opening gala with producers and theater owners flying in from Broadway to bid for the production to go there in fall 2017, they’ll serve vintage wines with French fries, julienne and mashed potatoes. This is a love letter to the potato state.  In fact, to prove there is no hard feelings, the Idaho Potato Commission is sending down an 18-wheeler with the world’s largest potato — some 18 feet long — to be on display outside the Smith Center on opening night. (It’s not real, BTW; it’s papier-mâché.) The cast of 18 brings the hilarious love story to life as a mail order bride from Ohio arrives in Idaho to marry and upsets the potato-cart long enough for three couples to discover or rediscover the loves of their lives.

“You asked if I was nervous, and two weeks ago I probably was. My stomach was in knots because, as much as I knew the book was great, as much as Keith Thompson has been doing fabulous songs from ‘Idaho!’ here at Composers Showcase for the last couple of years, they were in my brain already, and I knew they were great … until you bring the cast together, and until you start reading and till you see the chemistry between the characters, you don’t know for sure.

“I feel like today I know for sure that we’re going to give our audiences a really good show. It’s a love for Idaho, the people and the potato. What Buddy has written is really just a love letter to Idaho, and it’s really all about love, and what better time than now to introduce a new musical that’s about love and caring. I think this production is going to give people in Las Vegas a chance to laugh and smile and hear great music and take away some of that stress that we’ve all been under in recent days.”

For the Smith Center to take the “first angel” gamble of underwriting a brand new musical is a huge undertaking and much earlier in its life than envisioned. Myron continued:

“We have Teller the magician to thank. He pushed us to do ‘The Tempest’ with him, prove to us that we can do it, that we can launch a brand new show in Las Vegas, and, as you know, ‘The Tempest’ went on to Boston, Harvard, Orange County, California, Chicago, and now it may make its way to New York. That experience taught us that we really can do this. Our audiences asked for more. They so enjoyed ‘The Tempest.’ They said ‘we want to see something else before it goes to Broadway.’ We’re really excited about the fact that we’re able to do this, but, yes, you’re right, we’re doing it sooner in our life cycle than we might have otherwise.

“It is a gamble. We did have our Broadway Series subscribers, so we sold 10, 000 seats before we ever announced the show, but it’s still a big gamble for the Smith Center. There’s no upside in Las Vegas other than the warm, fuzzy type. There’s no chance that ‘Idaho!’ at the Smith Center makes money. Certainly not a lot of money. If we get to break even, we are thrilled.

“Part of the challenge on a short run of 13 shows is that there’s no longevity to recoup the investment. We can invite our friends from Broadway to come and see it, start lining up possible theaters and producers, the next step. When I sat in the rehearsal studio in New York two years ago at the very first reading, I said, “The Smith Center has to do this.” Period. Full stop. Because it was funny, and the music is great.

“It all pulls together with a kind of beauty to the romantic story — there was no doubt in my mind that if the Smith Center was going to gamble like you asked, that this was the show that we would gamble with. I’m the sole high-roller on this for the Smith Center. This was my baby. My entire career has come down to, ‘Would you like some fries with that show’? I happen to love potatoes, and we’ll salute that product opening night with fine wine and a French fries festival.

“The Smith Center took it all upon ourselves. Now, granted, we don’t have multi-million dollar sets. Andy Walmsley designed the sets for Broadway, but then he brought them down kind of to a smaller scale for the Smith Center stage. Our audiences will still get that experience. We got a great costume guy, but we didn’t build all the costumes. We’re buying them. Everything is from Las Vegas. It’s not just about the Smith Center. It’s about our city. We pared down the budget as much as we could with the goal that the box office would cover the cost. If all goes

Actress-singer Jen Perry, who starred in “Mamma Mia” here during its two runs, is currently on a break from her role in “Kinky Boots” on Broadway to help launch “Idaho!” She told me: “When I lived here, there was no Smith Center, so this venue is amazing. I saw ‘Cabaret’ the other night. This venue didn’t exist when I lived here, so unless you were in a casino, which the theaters are very nice in a casino, but nothing like this. I’m thrilled that The Smith Center is going to be hosting us, and we can really get a sense of can this go to Broadway? We can do a fully realized production in the big grand space and do the big choreographed numbers on its stage.”

Nathaniel Hackman, who plays the lead role, grew up in Phoenix and often came here to Circus Circus with his family. Now he’s brought his wife and son to Las Vegas. He told me: “This city has exploded since I was here last time. It’s really fantastic. We have a great cast, and it’s packed with fun. It’s our irreverent but loving homage to Idaho and the potato.”

British set designer Andy Walmsley, who lives in Las Vegas, has built 20 musicals and was one of the youngest designers to ever work on Broadway. “I actually did ‘Oklahoma’ back in London, so our set is blue skies, a panoramic country view and a feel that is all painted on wooden planks so it feels like inside a barn. We fly in a potato moon, and people are already laughing at that as we have a little bit of fun with a western musical. This has been an 18-month project for me. We’re edgy, but there’s no cursing in this. The nearest is a line that says, ‘Dig the dirt till your testicles hurt” or “life can be such a ball if you just grew a pair.’ That’s Monty Python silly.” 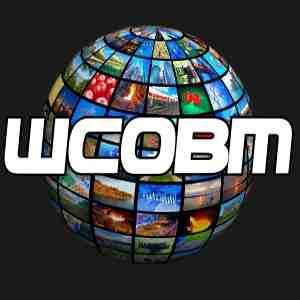 “The Vegas Voice” is proud to announce that it will join the World Center of Broadcast Media (WCOBM) Network beginning at 11:00 a.m. Wednesday, July 6, 2016. “Watching The Vegas Voice” will include celebrity interviews featuring all the best of local and national entertainment in Las Vegas and around the world. The show will be hosted by “Voices of a Generation” comic impressionist and Vegas Voice columnist Rich Natole. The hour long show will be live-streaming on the WCOBM television network and will harness the power of Facebook, Twitter YouTube and other social media platforms. “This is a perfect opportunity for The Vegas Voice to promote all the great entertainment in our city,” host Rich Natole said. “Las Vegas is the capital of the entertainment world and we intend to have all the performers – from the stars to the soon-to-be-stars appear on our program and show everyone how they perform entertainment magic every time they take to the stage.”

The network now reaches nearly three million people and is growing every day. “After hosting our Vegas Voice radio show for nearly two years, this is a fantastic opportunity to not only listen to our wonderful guests, but to see them as well – now worldwide!” proclaimed Natole. “We can’t wait to begin.” Natole is a comic impressionist headline performer with a repertoire of more than 300 celebrity and political voices, and he is a resident of Las Vegas.

This July, “Super Summer Theatre” along with P.S. Productions presents “Memphis the Musical” on stage at Spring Mountain Ranch State Park. Memphis is set in the places where rock and roll was born in the 1950s: the seedy nightclubs, radio stations and recording studios of the musically-rich Tennessee city. With an original score, it tells the fictional story of DJ Huey Calhoun, a good ole’ local boy with a passion for R&B music and Felicia Farrell, an up-and-coming black singer that he meets one fateful night on Beale Street. Despite the objections of their loved ones (Huey’s close-minded mama and Felicia’s cautious brother, a club owner), they embark on a dangerous affair. As their careers rise, the relationship is challenged by personal ambition and the pressures of an outside world unable to accept their love.

Pia Zadora is taking a break from her residency at “Pia’s Place” inside Piero’s Italian Cuisine this summer to travel and spend some quality time with her family. The Golden Globe winning entertainer will return to Piero’s on Friday, August 26, 2016. Not only is she a Golden Globe winner, GRAMMY Award® nominee, ShoWest winner, accomplished singer, film and Broadway star, she also is a nice, down-to-earth lady. Zadora has been performing since the age of six, for those who have seen her in concert, what comes to mind first and describes this multi-talented performer is simply this: Pia Zadora is the complete entertainer. For more information, visit piazadora.com.