As most of my readers know I am definitely a “motorhead,” and during the last two weeks I got to see two of my favorite auto races: The NASCAR races at the Las Vegas Motor Speedway and the Mint 400 Off-Road race held annually in downtown Las Vegas and on the desert of Southern Nevada.  I thought it would be neat to combine both events by photo coverage instead of a long story. Thus many photos from the Sam’s Town 300 and the Kobalt 400 at the speedway were taken by a fantastic photographer, who prior to the weekend of the NASCAR races had never been to an auto race.

Most of Harriett Smith’s photography is of nature and animals. Her website is a montage of beautiful animals of South Africa and elsewhere www.fortheloveofafrica.com. So this wonderful lady was so excited and went through all the rituals necessary to obtain credentials, and the so important photo vest. This meant getting up early on Saturday and Sunday (mandatory meeting at 7:30 a.m. both mornings) to listen to the rules for each race. All photos from the NASCAR races were taken by Ms. Smith except where noted.

Off road photos were taken by private citizens, posted on google, provided by Mint 400 officials or sponsors. 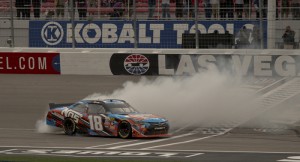 Kyle Busch driving car #18 won the first event on Saturday, the Sam’s Town 300. As you can see he is celebrating amidst a cloud of burning rubber. The next day Busch driving the M&M #18 finishes 4th. 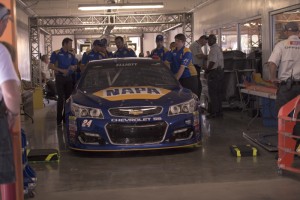 Brad Keselowski (#2) celebrates his victory in the Kobalt 400. 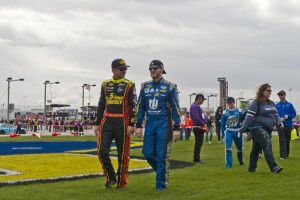 Danica Patrick behind the wheel of the #10 car during practice, and is shown as she walks to the stage. Patrick finished 21st. 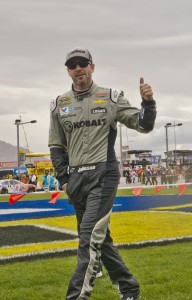 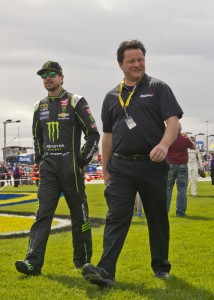 Kurt Busch (#41) is shown approaching the stage on Sunday. Kurt went on to finish 9th.

The following photos are from the Mint 400 and are provided by private photography, sponsors or the promoter. Justin Lofton repeated this year as the over-all champion, having won the title in 2015. A total of 350 entries were reported by the promoters.  No statistics were available as to how many actually took the green flag and were still running at the end of the race.  Normally, history tells us, the percentage of finishers is below 30 percent of official starters.

The Mint 400 will be celebrating its 50th year of existence in the 2017 race.  The following photos help to tell the story.

Justin Lofton is show in the desert passing another truck.  Lofton went on to win the overall title. 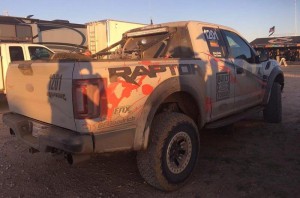 The 2016 Ford Raptor went on to win its class in the toughest off-road race in the United States.

The only stock truck to finish the race, the 2017 Raptor turned heads by winning its class title in its second Best in The Desert race. 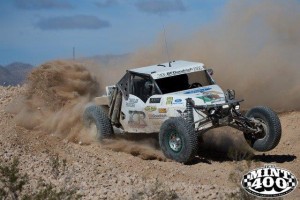 Nick Carolan took the over-all title in the morning Limited race and first in his class. Driving a Ford powered class 1200, with a 2.0L Ecoboost Powered off-road vehicle driven by Nick Carolan. In addition to winning its class, the off-road vehicle also took home the overall title with a finish time almost 4 minutes ahead of the next. 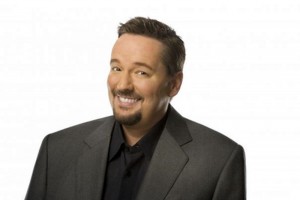 In the newest version of Terry Fator: The VOICE of Entertainment, the audience is introduced to Fator’s new, very suave friend – Fernando V. Francisco.

Fernando is the show’s latest cast member – a lover of beautiful women and beautiful songs, but mostly beautiful women. While you may think Fabio is a woman’s ultimate dream man, Fernando’s Latin roots prove irresistible with his romantic renditions of “Livin’ La Vida Loca,” “Hero” and “To All the Girls I’ve Loved Before.” If Julio Iglesias and The Most Interesting Man in the World conceived a love child, it would be the one and only Fernando V. Francisco.

Terry Fator: The VOICE of Entertainment showcases Fator’s unique talent of celebrity impressions through ventriloquism as he moves flawlessly through the cast while performing songs by Ricky Martin, Lady Gaga, Adele, Tony Bennett and Roy Orbison, among others. He even throws in a little old school doo-wop. A solo performance finds Fator performing the song, “Heroes,” from his 2013 album It.

Comedian/ventriloquist Michele LaFong and her puppets are featured in an episode of Sin City ER, which will be the first of several airings to run exclusively on the Discovery Life Network on March 18 at 10:00 p.m., with repeats airings on other networks thereafter. Updates will be posted at http://www.discoverylife.com/tv-shows/sin-city-er/.  LaFong has been headlining casinos, resorts, theaters, colleges, cruise ships, and comedy clubs around the country and Australia for over two decades, having had her own on-going show on The Las Vegas Strip. “I have been very blessed to have worked with and been mentored by some of “The Greats” in show business including Debbie Reynolds, Jackie Mason, and The Legendary Senor Wences.”

Wences, the most famous International Ventriloquist in the World,  “passed the torch” to LaFong, with the exclusive rights to perform his famous characters, Johnny, the lipstick hand-puppet, and Pedro, the head in the box, as documented in March ’98 in Life Magazine.  The original Johnny and Pedro make cameo appearances in LaFong’s stage show and on Sin City ER, and will be featured in her upcoming book.

That’s all there is folks.