I attended a show last Saturday evening at the South Point Hotel, along with Cathie Sorenson, and were we blown away at the energy exhibited by the 72-year old entertainer on that stage, that night!  I have known Tony Orlando since the mid ’60s, and have had the pleasure of watching him grow and expand his brilliance on stages from the Desert Inn to the South Point, where he continues to fill the show room every night he’s in town!

And, when you purchase a ticket to see and hear Orlando, you get exactly what you paid for: 100 percent of his energy, a slew of his most recognized hit songs, and one hell-of-a-show! Music, you like music? Well when you sit in Tony’s audience you’ll see seven musicians, including a harpist, who combined put out the sounds of a large orchestra. And, every person on that stage works their butt off. They all get their solo spots, some of them more than once. This great band (they have been with Tony for more than 15 years, with Ms. Wine associated with him for more than 50 years), is comprised of Kerry Cole (keyboard, acoustic guitar, vocals), Tracy Cole (electric guitar), composer Toni Wine (Keyboard, vocals), Tim Pope (Drums), Jim Shelton (Bass). Mariano Gonzalez (Paraguayan Harp), and David Orlando Cassavitis (synthesizer/piano/keyboard.)

If I rolled off every song presented last Saturday, it would be a list of magical songs. Tony opened the show with “Tie a Yellow Ribbon ‘Round the Ole Oak Tree,” and he’s off like the “Energizer Bunny.”  Next came a “Candida/Knock Three Times Medley,” “You Can Call Me Al,” followed next by “America,” by Neil Diamond.

This is where Tony really sets up a beautiful moment in the show, with “America” softly playing in the background, he speaks from the heart about those serving in the various branches of the armed forces. At one point, he asks for any World War II veteran to stand, mentioning that we are losing them by the thousands now. There was one.  Next came my group, Korean War veterans of which there were three of us. Desert Storm was next with quite a number standing up. Orlando knows his audiences, when he said, “Now you are going to see a strange thing happen, and he asked for veterans of Iraq and Afghanistan to stand. There were none! That’s when the audience was asked to stand an applaud all the men and women serving today and in the past.

After a couple, more of his great hits, the harpist Gonzalez was featured with “Malagueña” and “Whiter Shade of Pale.” Now I ask you, how many bands do you see a harpist being featured or even in the band? None that I can remember. Kerry Cole was featured singing Waylon Jennings song, “Luckenbach Texas,” and James Taylor’s, “Steamroller blues.”  Tony did a tremendous tribute to the late Prince with fantastic lighting and background, he sang a medley of “Purple Rain,” and “Fire and Rain.”

As far as I’m concerned (and I sensed the audience felt the same), Tony Orlando had just presented the “Show of the Ages,” as he covered music from the ‘60s right up to today. I can never get enough!

The New Tropicana Resort is cooking on all burners this week, what with the premiere of Imaginarium in the completely re-modeled classic showroom, and the arrival of three very funny entertainers at the Laugh Factory, located on the mezzanine level of the hotel. Harry Basil, a long-time favorite of Las Vegas audiences headlines along with Brian Monarch, with Kate Quigley hosting. Showtimes are 8:30 and 10:30 p.m. nightly with tickets priced from $37.95 to $54.95 plus tax and fees.

Comedian, impressionist, and movie buff, Harry Basil “lives the movies.” He’s a human movie trailer, taking his audience on a wild romp through current and classic movies with a trunk of outrageous props that could fill a soundstage. Basil was Rodney Dangerfield’s exclusive opening act for 17 years, appeared in two of his HBO specials and wrote and directed five of Dangerfield’s films. Originally from Bergenfield New Jersey, Harry was into movies at a young age turning his back yard into a film studio shooting dozens of super 8 action and horror films. By the age of 17 Harry had won the New Jersey Institute of Technology’s Film Award presented to him by legendary director Otto Preminger.

Harry moved out to Hollywood and quickly made a name for himself in the comedy circuit headlining in Las Vegas, and other major venues across the country. In big demand as an opening act, he appeared with such stars as Gloria Estefan, Liza Minelli, The Beach Boys, The Pointer Sisters, Chuck Berry, and Dangerfield. Harry received a lot of “Respect” from the man who “gets none”, when Rodney featured Harry in two of his HBO specials. Harry’s love for the movies really paid off when he co-wrote and co-produced three of Rodney’s movies: “Ladybugs” for Paramount Pictures, “Meet Wally Sparks” for Trimark, and “My Five Wives” co-starring Andrew Dice Clay and SNL’s Molly Shannon, for Artisan. In all three films Harry worked closely with legendary Director Sidney Furie.

Acting is also another of Harry’s achievements. Since moving to Hollywood Harry has appeared in several film and television shows. He first landed a feature role in Francis Ford Coppola’s romantic comedy “Peggy Sue Got Married” starring Kathleen Turner and Nicolas Cage. Harry was cast as a member of Nicolas Cage’s singing group alongside fellow comedian Jim Carrey. He also appeared opposite Demi More in the sci-fi cult film, “The Seventh Sign.”

In 1988, after only several years in the business, then NBC chief Brandon Tartikoff signed Harry to a network development deal. Out of that came several TV pilots, one a spin off from the hit series “Family Ties“.

Monarch has been seen on Comedy Central, Fox and Hulu…  He’s been heating up the Los Angeles comedy scene for years. Monarch plays the biggest stages in Hollywood and has worked with such greats as Bill Burr, Joe Rogan, Margaret Cho, Louis CK, Chris D’Elia, and Iliza Shlesinger, to name a few. You can catch him any night this week, where you can listen to his uncensored views, which are always something to behold… Don’t miss him live this week!

Quigley is a standup comedian and actress, who hosted the 2016 AVN Awards which aired in March on Showtime. Widely known as the “up for anything” star of “Undercover,” on Playboy TV, Kate’s other TV credits include “The Office” (NBC),” The Josh Wolf Show” CMT), The Danny Comden Project” (Pilot for Warner Bros), The Megan Mullally Show (NBC), and Talkshow with Spike Feresten” (FOX). She also hosts a show, “The Hollywood Pool Party” on Periscope TV (with over 20,000 views per episode), and a podcast “#DateFails,” (with over 30,000 downloads per episode). Quigley has a combined social media following of over 50,000. Kate recently began touring as a headlining comedian, and is a regular at the Improv, Laugh Factory, Icehouse, and Ha-ha Comedy Club in Hollywood. She recently returned from an Armed Forces Tour, performing for troops in Japan, Singapore, Guam, and Diego Garcia.

Drove over to the “M” Resort and Spa the other evening with Cathie S, to have dinner in one of their many fine restaurants, The Jayde Fuzion restaurant. We were greeted by Eric Sorenson, food and beverage manager for the resort, who had reserved a booth for us. I quickly noticed that many of the tables were set up for large groups of 12 and more. Sorenson pointed out that they have the capacity to handle large groups for special occasions, and will accommodate most requests. The restaurant has been picked as OpenTable’s Diners’ Choice, as one of the best overall restaurants in Las Vegas. Satisfy your cravings with all-you-can eat sushi and Asian specialties. Choose from three menus. All orders include Miso Soup, Edamame, and Pickled Asian Cucumber Salad. I ordered the Vegetable Spring Roll (with sweet chili sauce) as an appetizer, and they were perfect.  Cathie had the Honey Walnut Prawns (tempura prawns, candied walnuts, citrus-honey sauce), while I ordered the Mongolian Beef (bell peppers, onions, scallions). We were both wonderfully surprised with the huge portions (ended up with a baggy). We closed out the evening with the Mochi Ice Cream (strawberry, mango, passion fruit green tea) as our desert. The Jayde Fuzion restaurant is a jewel among many jewels at the M Resort.

The city of Las Vegas Rainbow Company Youth Theatre will hold auditions on two Saturdays in August for its Student Ensemble and its first fall show, “The Reluctant Dragon.” Youth ages 10-17 are eligible to audition for the Rainbow Company Student Ensemble Saturday, Aug. 12, at 1:00 p.m. at the Charleston Heights Arts Center located at 800 S. Brush St. There is no cost to audition but there is a $50 annual fee if accepted into the company. No preparation is necessary; the audition is improvisation. All participants will be at the audition until about 3:00 p.m., and near that time, some students will be released. Students must be at least 10 years old on the day of the audition. Ensemble members learn all aspects of technical theatre as well as performance skills. Not for the faint of heart when it comes to a demanding time commitment, the Ensemble member is expected to participate in the four annual Rainbow Company productions (be it backstage or onstage), to attend weekly meetings and take classes. This program is for the serious theatre student. Call 702-229-ARTS (2787) for more information. 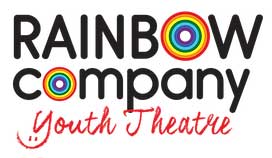 Residents ages 10 to adult are invited to audition for the Rainbow Company production of “The Reluctant Dragon” Saturday, Aug. 19, at 1:00 p.m. at the Charleston Heights Arts Center. There is no cost to audition. No preparation is necessary; the audition is improvisation. All participants will be at the audition until about 3:00 p.m., and near that time, some people will be released. In this play, the village of Guildermere blames the dragon who lives upon the downs for anything that goes sour in their lives. But this dragon is a peace-loving, poetry-spouting fellow who would much prefer a cup of tea to a battle. Rehearsals will begin Aug. 21 and there will be seven performances Sept. 22-Oct. 1 at the Charleston Heights Arts Center. Call 702-229-ARTS (2787) for more information.

Founded in 1976, the Rainbow Company Youth Theatre is a program of the city of Las Vegas. Rainbow Company produces a full season of family-oriented theatre and offers classes for youth ages 4-18 in all aspects of theatre at Charleston Heights Arts Center. The Student Ensemble program offers professional-level training to young people ages 10-18 in all aspects of theatre. For more information on this or other Rainbow Company productions or classes, call 702-229-ARTS (2787) or go online to www.artslasvegas.org.