American Legion Paradise Post 149 held a special presentation at the Leatherneck Club for the recipients of Walker Furniture’s fourth annual “Help for Heroes” program, which helps wounded U.S. Military personnel and veterans in Clark County with specialized and home furniture.

“For all that our military do for us and their sense of selflessness,” said Larry Alterwitz, CEO for Walker Furniture, “We feel honored to be in a position where we can give back even a little to our local heroes. It’s really the very least we can do.”

Deliveries began Monday, July 10 with the Jared Stacey family. He was deployed four times but on the last tour of duty was hit by two back-to-back IEDs. He suffered multiple injuries and is 100 percent disabled. Together he and his wife have five children and the youngest has significant special needs. They received a houseful of furniture and the Las Vegas Rescue Mission gives food and other items to recipients if needed, as well as support in many other areas.

Other recipients alphabetically include: Mark Bland, Kenneth Hall, Robert Leonard, Millford (Mel) Little, Randy Martinez, Jodie Pokakaa, James Smith, Javier Suarez, and Greg Whalen. The selection is made from letters received by Walker Furniture, which are then reviewed and evaluated by an independent panel headed by Commander Tim Gomez of the American Legion Paradise Post 149. The post commander and members personally visit each prospective recipient to evaluate their individual needs.

After the presentation, John Mull’s – Road Kill Grill, another “Help for Heroes” partner with Walker Furniture provided lunch for the veterans, their families, and volunteers.

“We need to remember and acknowledge what these men and women have sacrificed and done for us,” Alterwitz said. “The Veterans Administration helps them but is limited in what they can do beyond their medical needs. This is a chance to help a veteran and to say Thank You.”

When asked if he could estimate what Walker Furniture spends in donating furniture, and other needed items, to the Veterans and again every Christmas (and other times when he is informed of a certain need) Alterwitz replied: “It’s very hard to put a figure to it, but if I looked at the books, I think it could easily add up to $100,000 annually…”

Founded in 1955, Walker Furniture has served hundreds of thousands in Southern Nevada. Located in the heart of downtown Las Vegas, the Walker Furniture campus is approximately 150,000 square feet. A second super store location is planned for the 215 Beltway and Sunset Road next to Ikea. Walker and its affiliates is Southern Nevada’s premiere choice in providing home furnishings and design services. In 1994, Walker developed the Home For The Holidays program furnishing hundreds of homes to families in need in the Las Vegas Valley. For more information, visit www.walkerfurniture.com.

One of Las Vegas’ most acclaimed Chinese restaurants – Ping Pang Pong – has premiered its redesigned and expanded space at the Gold Coast Hotel and Casino.  With seating for more than 300 guests (50 percent larger than its original space), and a private banquet room, more patrons than ever before can now enjoy Ping Pang Pong’s legendary and authentic Chinese dishes.

Guests visiting the new restaurant are greeted by elaborate dark walnut screen work and a modern version of a Chinese pergola, juxtaposed with clean modern wood paneling to create a stunning façade. The entry portal is flanked by two authentic foo dog sculptures acquired direct from China. Stepping inside, the reception area highlights a host station designed to resemble a Chinese apothecary cabinet and overhead are a gorgeous array of silk lanterns festooned with red tassels. An impressive tea servery visually anchors the front quarter of the seating area, while at the back, a large framed opening offers a glimpse of the culinary artistry in the bustling kitchen. The all-new Ping Pang Pong also features a private banquet room capable of hosting nearly 100 guests for private events, receptions, and parties. 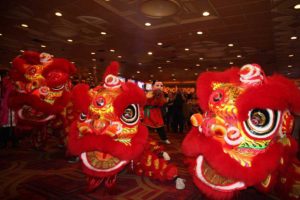 From 5 p.m. to 3 a.m., diners can enjoy a selection of authentic dinner entrees, including Smoked Orange Ribeye Cubes, seared over a high-flame wok with peppercorn and toasted garlic; and the Macanese Crustacean Clay pot, featuring live-tank seafood served in a ginger laksa curry broth with saffron and chopped herbs.

JUST OFF THE WIRE:  Announced today (July 12, 2017), Las Vegas Soccer LLC is on the City Council Meeting agenda for Wednesday, July 19 to bring a professional soccer team to Las Vegas. Next week, the Las Vegas City Council will vote to approve a stadium lease agreement for a United Soccer League (USL) expansion team to begin play during the 2018 season at Cashman Field. 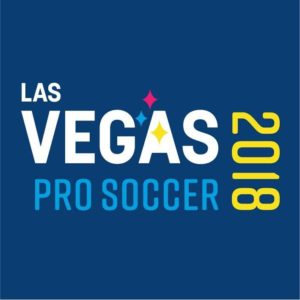 “We are excited to work with the Mayor’s office and Councilman Barlow to bring the world’s game to Downtown Las Vegas,” Brett Lashbrook, Founder and Owner of Las Vegas Soccer LLC, said. “Las Vegas is the second largest U.S. market without a professional soccer team and it’s long overdue. Our goal is to have this club truly reflect the multiculturalism of our community.”

The City Council Meeting will take place at City Hall on Wednesday, July 19 at 9 a.m. The public can view the meeting live on KCLV Cable Channel 2 or on Livestream here. Beginning today, fans have the opportunity to visit VegasProSoccer.com and submit team name ideas for the valley’s soccer team until Monday, July 31 at 11:59 p.m. In addition, one lucky submitter will be randomly chosen to win Season Tickets for the 2018 season.  “Our fans will help us shape the vision for our franchise. We’re asking fans to go to VegasProSoccer.com to send us suggestions for the team name – ones that will symbolize the pride of our hometown of Las Vegas,” Lashbrook said.

In addition, fans can now put down a $20 deposit (per seat) for season tickets at VegasProSoccer.com to ensure they enjoy every game during the upcoming season. Seat selection is available on a first-come first-served basis.  For more information visit VegasProSoccer.com or stay up to date with Facebook, Twitter and Instagram.

The Regional Transportation Commission of Southern Nevada (RTC) is offering a sizzling promotion this summer with 24-hour bike share passes for only $4, a 50-percent discount. Running through Labor Day, tourists and locals can enjoy unlimited 30-minute rides for 24 hours directly from a bike share kiosk. Currently, 24-hour passes are available only online for $8, but beginning July 1, riders can extend their time in the sun with 24-hour passes directly from any of the 21 station kiosks in downtown Las Vegas for the discounted price. Single-ride passes will not be available during the summer promotion but instead will be replaced with the 24-hour pass for the same price, providing added value to the bike share rider.  With more than a thousand trips being logged each month, RTC Bike Share is a popular choice for locals and visitors. This promotion provides an additional benefit to current riders and incentivizes new users during the summer months.  For more information on RTC Bike Share, visit bikeshare.rtcsnv.com and download the BCycle app in the App Store and Google Play.

Sonny Turner, Former lead singer of The Platters, will bring his iconic hits to Suncoast Showroom on Saturday, Aug. 12.  Turner rose to fame in 1959 after being chosen out of 100 prospects to replace The Platters’ original lead singer, Tony Williams.  As the new lead vocalist of The Platters, Turner began touring the world with the group at age 19, performing top hits “I Love You 1000 Times,” “With This Ring” and “Washed Ashore.” Turner also re-recording The Platters’ most celebrated hits “Only You,” “The Great Pretender” and “The Magic Touch.” The Platters went on to become one of the most successful vocal groups in music history.

In 1970, the legendary vocalist left The Platters to begin his solo career. Turner’s vocals were featured on the soundtracks of movies “The Nutty Professor II” starring Eddie Murphy, “Hearts in Atlantis” starring Anthony Hopkins and “Prince of the City” starring Robert DeNiro.  In 2005, Consumer’s Entertainment Exchange and the Doo Wop Hall of Fame presented Turner with The Lifetime Excellence in Entertainment Award. Turner was also inducted into The Vocal Group Hall of Fame and the Beach Music Hall of Fame for his musical contributions to The Platters.  Showtime is 8:30 p.m. Tickets start at $15 plus taxes and fees, and can be purchased by calling Ticketmaster at 800.745.3000; online at www.suncoastcasino.com; or in-person at Suncoast, The Orleans, Gold Coast and Sam’s Town. Tickets may also be purchased the day of the show (depending upon availability) at the venue box office.

Summer just got hotter with the announcement of Las Vegas’ newest male revue, Men of the Strip, coming to Hard Rock Live this July. With a limited engagement of six performances, the multi-faceted all-male cabaret show is sure to heat things up on The Strip. Created by Emmy-nominated celebrity choreographer, Glenn Douglas Packard, Men of the Strip takes the art of seduction to a whole new level with the hottest male entertainers delivering the ultimate live adult entertainment experience.  Jeff Timmons (who has enjoyed phenomenal success with his internationally-renowned boy band 98 Degrees, sold millions of records worldwide and had gold and platinum records in 27 countries around the world) combined talents with Packard (who has worked with legendary performers such as Michael Jackson, Pink, Usher, and Ricky Martin) to create an all-new show that is sure to leave audiences wanting more.

Starring some of the most seductive men handpicked from auditions held nationwide, the show features original choreography, music, one-of-a-kind personalities and explosive energy in a fun, interactive and intimate setting. Guests will enjoy getting up close and personal with Timmons and the sexy “six pack” of male dancers and singers. Whether it’s to celebrate a birthday, bachelorette or divorce or just have the ultimate Girls Night Out, Men of the Strip aims to please!  Performances are scheduled for 9 p.m. on: